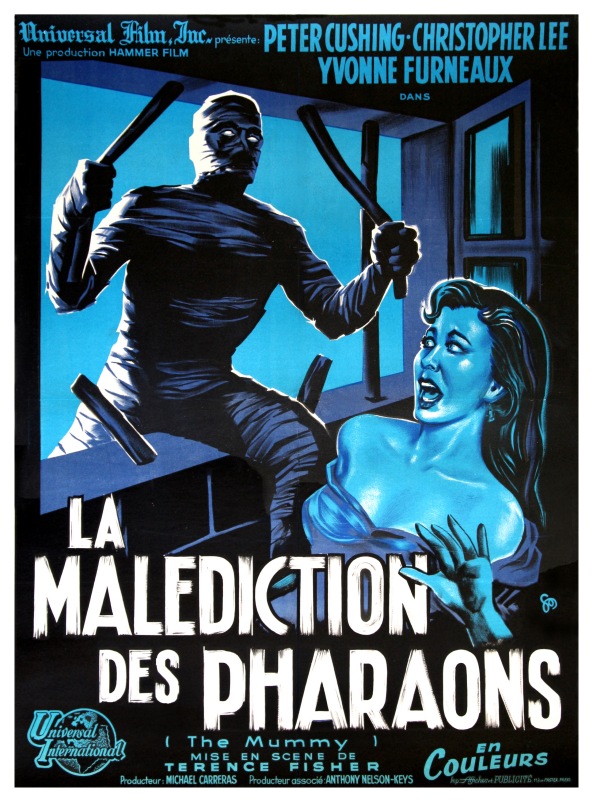 It recently occurred to me. that I’ve never reviewed a “mummy” movie! This must be rectified immediately, and it’ll be in grande fashion in the Hammer Studios style! The acting credits include two giants, Cushing & Lee, the people behind the scenes are no slouches either (Sangster, Fisher, Keys, Carreras), so for those that haven’t seen this flick yet, what are you waiting for exactly? I’ll keep the intro short because I’m on a deadline for a few surprises for this spooky week! Get ready, because we need to set the WABAC Machine a long time for this one! 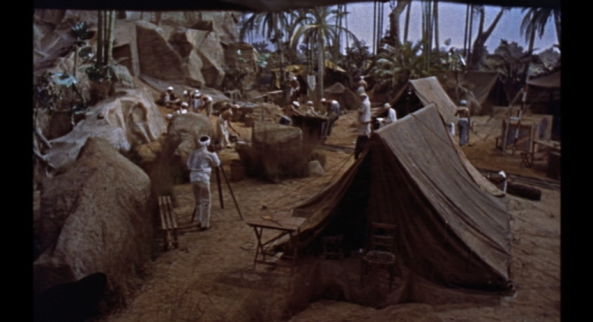 The year is 1895, and we zoom in on an archaeological dig in the deserts of Egypt. Three men, Stephen Banning (Felix Aylmer), his son, John Banning (Peter Cushing), and Joseph Whemple (Raymond Huntley), have just discovered the tomb of Ananka (the high priestess of the god, Karnak). As they’re just about to enter the tomb, a man (George Pastell) approaches, and begs them not to enter. He tells them that they will be cursed for doing this, but they dismiss him quickly. John has a broken leg, so he cannot go in, but his father, and uncle both enter. Once they see the remains of Ananka, Joseph runs out to tell John that they’ve found what they’ve been looking for after twenty years of research. Back inside the tomb, we see Stephen, as he’s searching for more relics. He removes the “scroll of life” from a cubbyhole, and it activates a nearby doorway. It opens, but before we see anything, the scene switches back to the tent, and the conversation between John and Joseph. Suddenly, they hear a blood-curling scream from the tomb. Joseph rushes in, and finds John, acting like he’s had a mental breakdown. 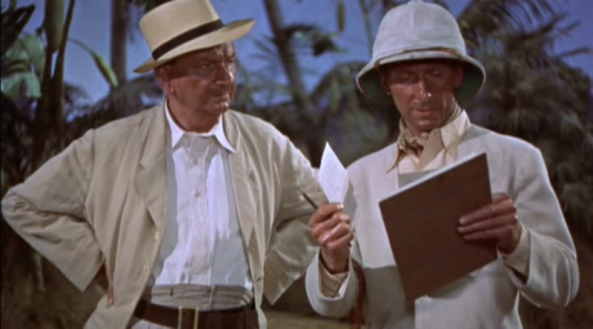 A couple of years later, we see John and Joseph, as they’re wrapping up crating all the relics from the tomb. One of the servants then lights a fuse, and they seal the tomb, forever. They return to England, and John visits his father in the mental ward. Back in Egypt, the local man who warned them against this act, prays to his gods, to take revenge against these infidels. Back at the asylum, John’s father begins raving about a mummy that attacked him while he was inside the tomb, but John doesn’t believe him. His father again warns him about the scroll, and the mummy, but John just thinks he’s gone insane. We next see two men in a pub, discussing how they were contracted to transport some goods to a local home. The cargo is ancient Egyptian relics, and we get a feeling things aren’t quite right. Back at the asylum, John’s father goes completely off his rocker, and smashes the windows in his room. The delivery guys hear the racket, and drive the cart faster, it then is almost upset, and a large crate falls off. 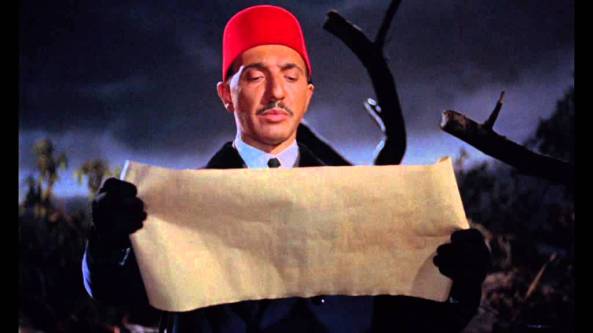 Later that night, the creepy Egyptian dude uses the writings on the scroll to call forth the mummy from the swamp where the crate fell into earlier. The mummy (Christopher Lee), emerges from the swamp, looking like he’s going to open up a can on somebody. The Egyptian dude then commands him to go and kill those who desecrated the tomb. The first victim is John’s father, over at the asylum. He’s now in a  padded cell after his outburst. He looks over at the window, and sees an enormous shadow approaching. He begins to shout and pound on the door, but they can’t hear him. The mummy rips the steel bars off of the window, smashes the glass, and kicks the fence in. He then descends on the old man, and throttles him to death. The police say it was a “lunatic,” and move on. 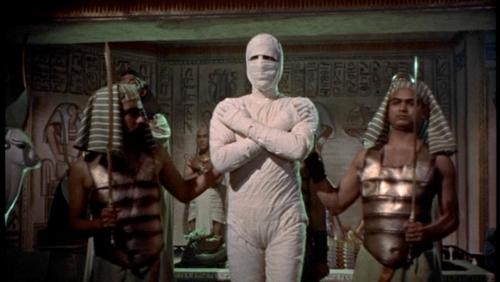 John and his uncle Joseph talk about who could have done this heinous act. Joseph tells John about the Egyptian guy that warned him back during the dig, but he doesn’t seem to be worried. The two discuss the dig, and the origin of Ananka. We see a priest (Christopher Lee), as he performs a funeral for Ananka, and things end up going terribly wrong. As they attempted to bury Ananka, the priest violates the sacred tomb (he attempted to resurrect her from the dead) , and then must pay the price. The Egyptians cut out his tongue, and mummify him. They place a curse on him, and put him in the tomb, so that he may guard her for eternity. 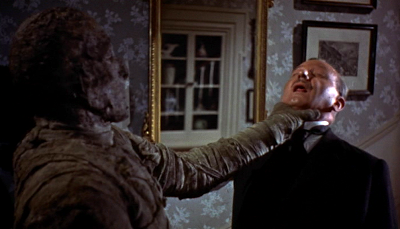 One by one, those who dared to desecrate the tomb are getting killed off. Will John be able to figure out the key to stopping this undead fiend or will the Mummy have his revenge!?! 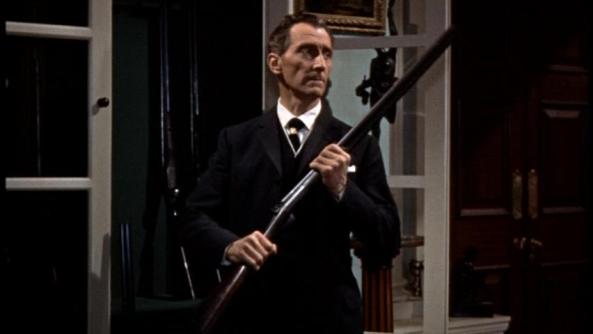 I know most are high on the Universal Studios version of “The Mummy” and rightly so, but honestly, if you watch this one, you’ll have to admit that its right up there too. Cushing delivers a grande performance, as is his calling card. He really sunk his teeth into this one, and you get a bit of his “Dr. Frankenstein” vibe to spice things up. The rest of the cast is solid, but nothing crazy awesome. Lee does his thing as the monster, but let’s be honest, you can’t even tell it’s him. Now, when he was in the flashback scenes as the priest, that was pretty cool.

The music score for this one is top-notch (Franz Reizenstein), and really has some fantastic spots where it lends so much atmosphere to the movie. The direction is also great, and when you have someone like Terence Fisher calling the shots, you know you’re in good hands. A few quick scenes with Hammer stalwarts Michael Ripper, and George Woodbridge, are the icing on the cake. Listen, you need to see this film, it’s definitely a must see for any old school horror fan!