Continuing from a post from earlier this year, I wanted to push forward with part two of this awesome story. Of course, the first Galactus story is best, but this one is no pushover. You get the world devourer, Galactus, the Silver Surfer, and by issues end, a glimpse of the Psycho Man, as well! Throw in some crazy inner-space travel, and you get an adventure for the ages! If I’m not mistaken, this is the first time we see the “microverse” in the Marvel Universe. It’s a place where you must shrink down to microscopic size to enter, but once there, you can revert back to normal size. Only the mind of someone like Jack Kirby could think something up like this, and then illustrate it so well, it blows your mind.

As usual, you get the brilliant artwork from Jack ‘King’ Kirby, also the crazy captions of Stan Lee, and the awesome inks of Joe Sinnott, and don’t forget the letters by Artie Simek! Yes, the gang’s all here for the second installment of another cosmic foray for Marvel’s first family, the Fantastic Four! Not lost in this story, is the sky-rider of the space-ways himself, the Silver Surfer, and a deranged being called the “Murder Machine,” as well! 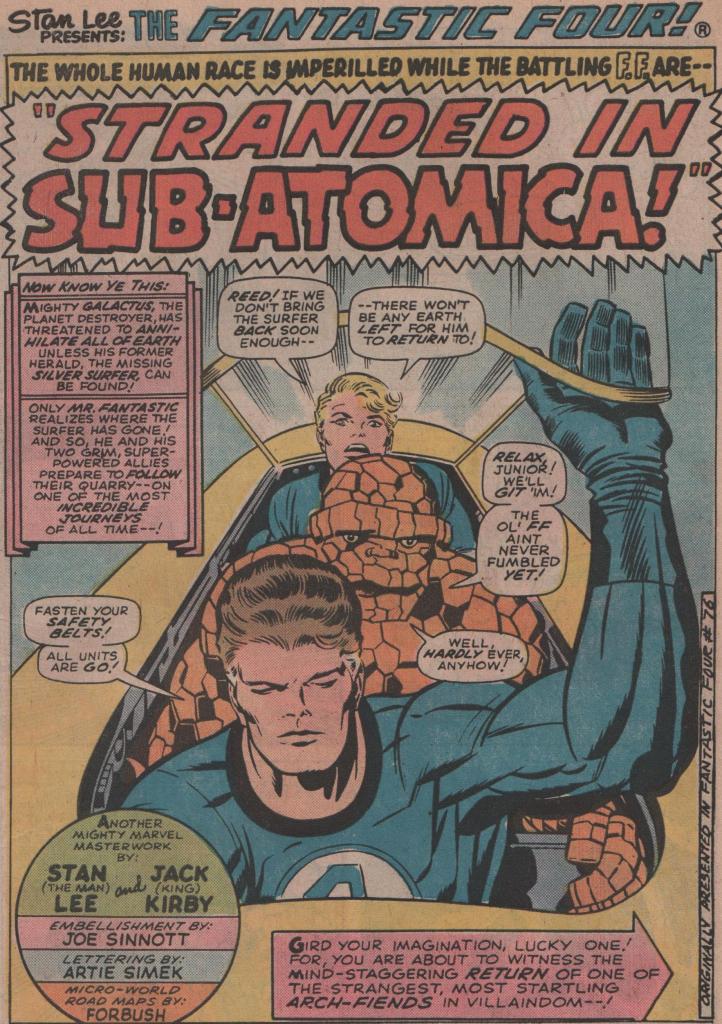 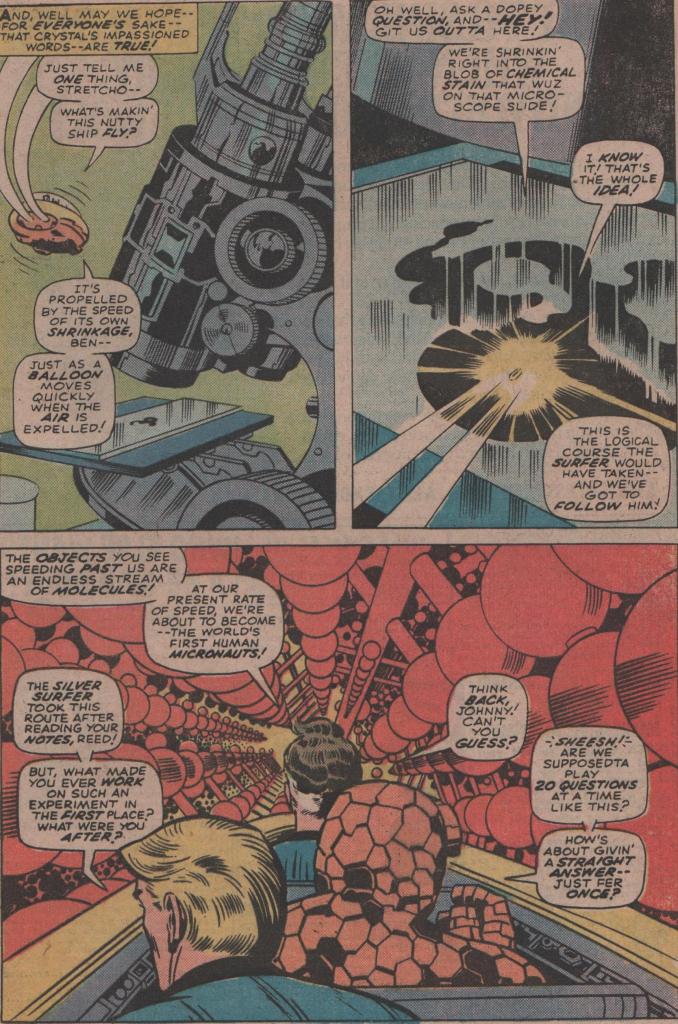 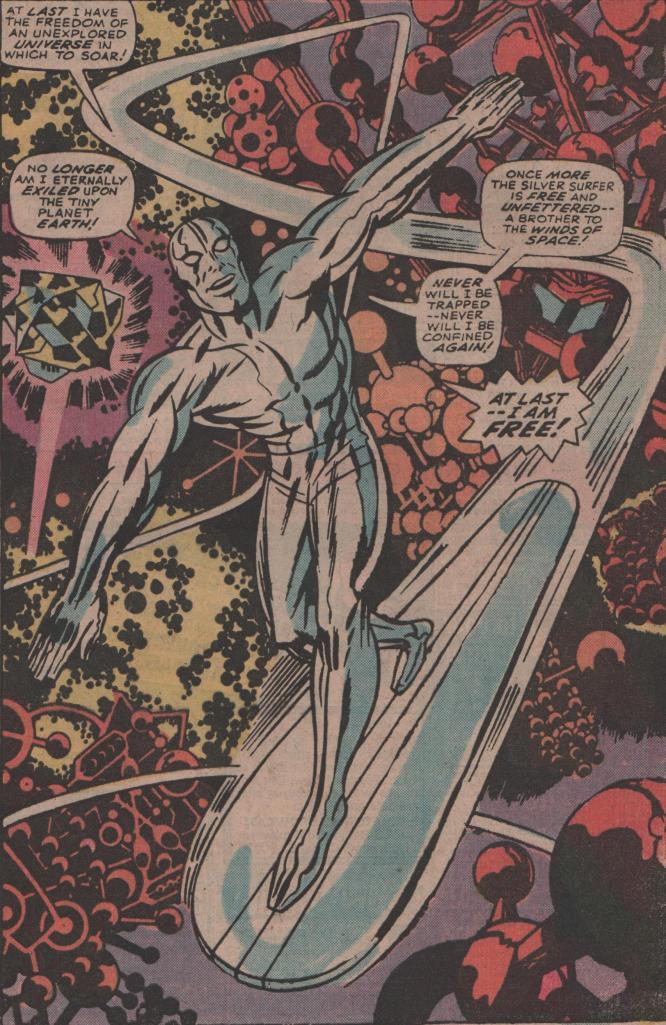 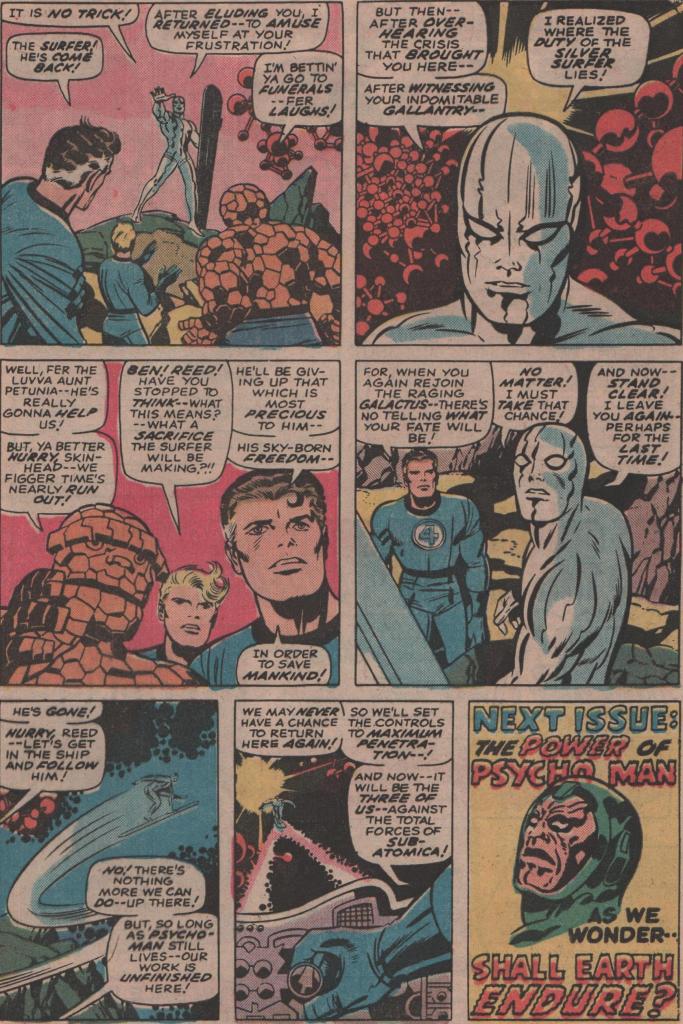