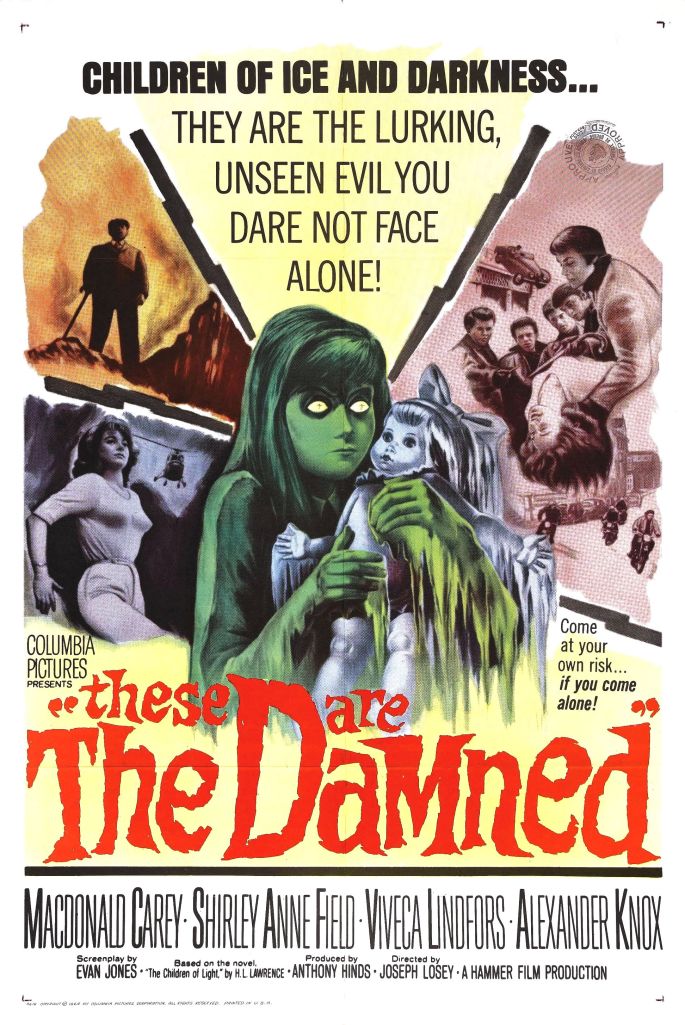 To keep rolling with the sci-fi and Hammer Studios theme, I thought I’d pull out one of the not-so-famous films from their library! This wacky movie starts off like a biker film that looks more like something James Dean would’ve starred in back in the day. It is a cool little film, and another reason to love Oliver Reed! They guy is nothing short of phenomenal, and this is just another film that proves it! A beautiful, and vivacious leading lady, and a leading man who did a TON of television work, but held his own nicely in this film. OK, let’s get to the movie! 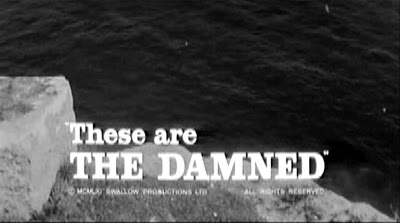 The film begins with a rowdy bunch of fellows (a “Teddy Boy Gang“) hanging out by the statue in the middle of town. An older man notices a vibrant young woman walking down the street. He follows her, but she blows him off at first. She then looks in the direction of the leader of the gang. He nods, and she then allows the gentleman to escort her across the street. The gang then heads around a wall to a secluded area, and the girl lures the man to that location, and he gets beaten by the gang, and robbed. One of the gang members asks Joan (Shirley Anne Field), if she’s enjoying her work, and she doesn’t respond verbally, but you can tell she’s sorrowful about the incident. 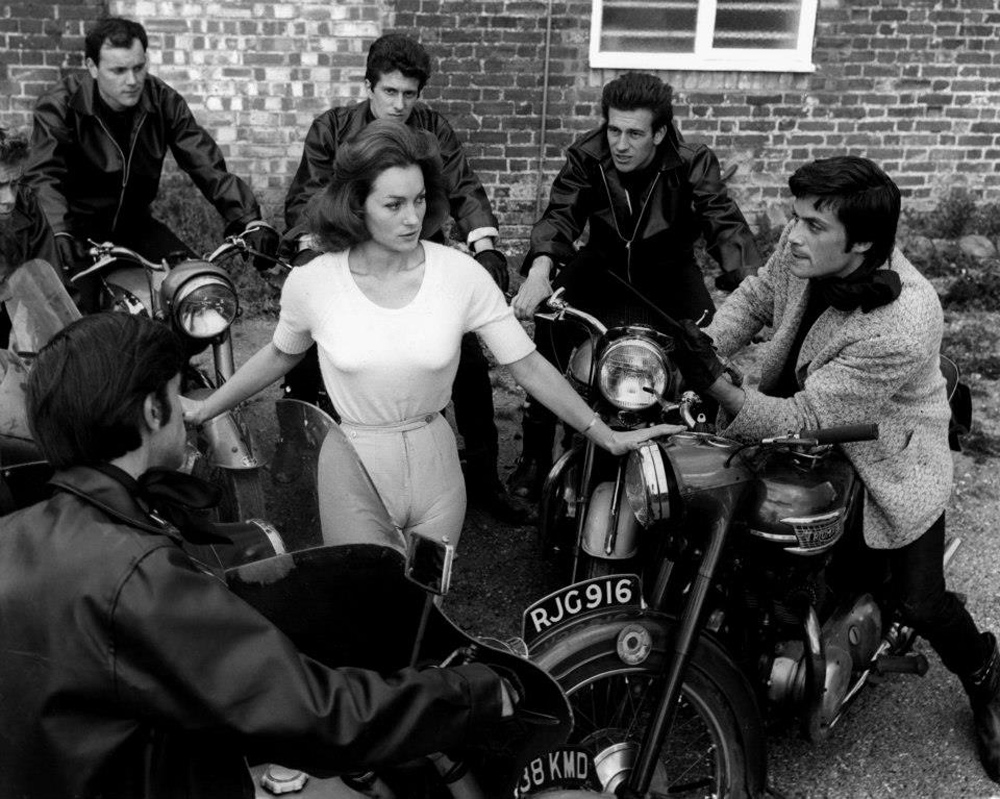 Across town, at a restaurant, a man, Bernard (Alexander Knox) is surprised by his lady friend, Freya (Viveca Lindfors). She’s an artist of sorts, and apparently a mistress of his. A couple of Bernard’s men bring Simon Wells (MacDonald Carey) into the restaurant, and ask him about the attack. Freya then questions Bernard about his military friends, and his secret project that he’s been conducting. He’s very mysterious about it and tells her very little. We see a little interaction between Joan and her brother, King (Oliver Reed), and you get the feeling that there’s something not quite right about their relationship.

The following day, the gang is spending the stolen money on nonsense, but as they go for a motorbike ride, Joan runs into Simon. He’s on a boat, and Joan talks with him as if nothing happened. They get a little testy with each other, but then have a nice moment together. Just as things are looking up, King and his gang show up, and threaten Simon. Joan gets out of the boat, then King threatens her too. The gang taunts Simon, and he sets off. He sees the desperation in Joan’s eyes, so he tells her to jump aboard, and she does. This infuriates King, and he vows to kill Simon.

At a military base near the cliffs, Bernard and his crew are discussing the project. They then set up a television monitor, and when it turns on, we see a classroom of nine children. The kids ask several questions, and Bernard answers them. The kids then want to know what it is they’re going to do in the coming years, but Bernard evades their questions, and then signs off for the day. Outside the base, there’s a cottage by the cliffs, and Joan and Simon go there (break in) to avoid King. Little do they know that one of the gang spotted them coming to shore, and he quickly tells King. As Simon and Joan are getting cozy, Freya is on her way into the cottage, so Simon and Joan sneak out through a window. As they’re making their way out, Simon and his gang show up and chase them to the cliffs.

We next see Simon and Joan, as they’ve fallen off of the cliffs and then swim into a nearby cave. The cave has a passageway, and it leads into the domicile that the children are being raised in. They have no clue what is going on of course, but King is hot on their trail. He follows them to the cave, and one of his posse gets caught by the military police that are patrolling the grounds. They question him, but get very little in the form of answers. Back at the cave, King has made his way into the domicile, and one of the kids has befriended him. Simon and Joan have noticed something very disturbing about these children. Their skin is as ice-cold as a corpse, and they have no understanding about why.

What are these children and why are they kept in this underground enclosure, cut off from mankind? Will King make good on his promise to kill Simon? You must watch to find out! 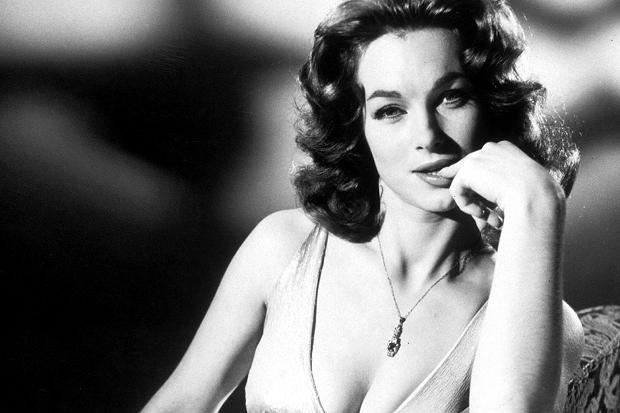 I’ll be perfectly honest and tel you that the entire film isn’t as sinister as the movie posters would lead you to believe. That said, the film has many good qualities about it that I’ll share. First off, the acting is top-notch, as McDonald Carey and Shirley Anne Field really carry this film, especially during the scenes that they share, which is most of the movie. Not to be outdone, is Hammer favorite, Oliver Reed! This guy is the perfect actor to play crazy roles like this one, and he really takes it to another level. We’ve all heard the stories about Reed’s partying lifestyle, and you really get the feeling that he was a tortured soul, so maybe that’s why he could pull off these amazing performances.

The music score was by another Hammer stalwart, James Bernard. Although I wouldn’t consider this his best effort, it certainly is lively. The sets are a bright spot as well, and the scenes shot in town (Dorset, England). The landscape is absolutely beautiful, and definitely is a grand addition to the film. The underground domicile is a bit like something from Star Trek the Original Series, but hey, it was 1963, and the budget wasn’t anything to get aroused about either.

Give this one a look-see, there’s a good chance you’ll enjoy it. It does sort of march to a different beat, especially when you consider it’s a Hammer film. Don’t let that scare you though, it is a winner!