As most comic book readers know, the Amazing Spider-Man was the flagship title, and almost always had the best stories. Every once in a while though, the sister title, Spectacular Spider-Man would churn out something cool. It had its share of solid creators working on it, and usually dealt with something a little more off-beat. This particular issue shows Spidey, as he’s wrapping up capturing the villain from the previous issue (the Smuggler), but his night gets a little crazier than he thought it would. After finally packing up the costume for one night, Parker decides to call Debra Whitman and ask her to accompany him to meet Aunt May’s new beau, Nathan Lubensky for dinner the following day. We see that Debra has some pretty deep feelings for Peter, but we know his mind is elsewhere. The story has some nice little moments, and is definitely one that you should seek out!

Anyone that lost track of Spidey after the tumultuous Silver Age is really missing out on some great stories. Everyone knows of the excellence of Gerry Conway, but a couple of other scribes did the old web-head justice as well, and one of them is certainly Roger Stern. He wrote this story along with a few others in this title, and later took over the main title as well, and really made strides in the life of Peter Parker and his surrounding cast (Mary Jane especially). The art team is a great one too, and we have “Jubilant” John Romita Jr. (pencils), and Jim “Madman” Mooney to thank for that. The colors were provided by Ben Sean, the letters by Jim Novak. Your eyes do not deceive you, that is a cover by “Lanky” Frank Miller and Joe “The Rube” Rubinstein! 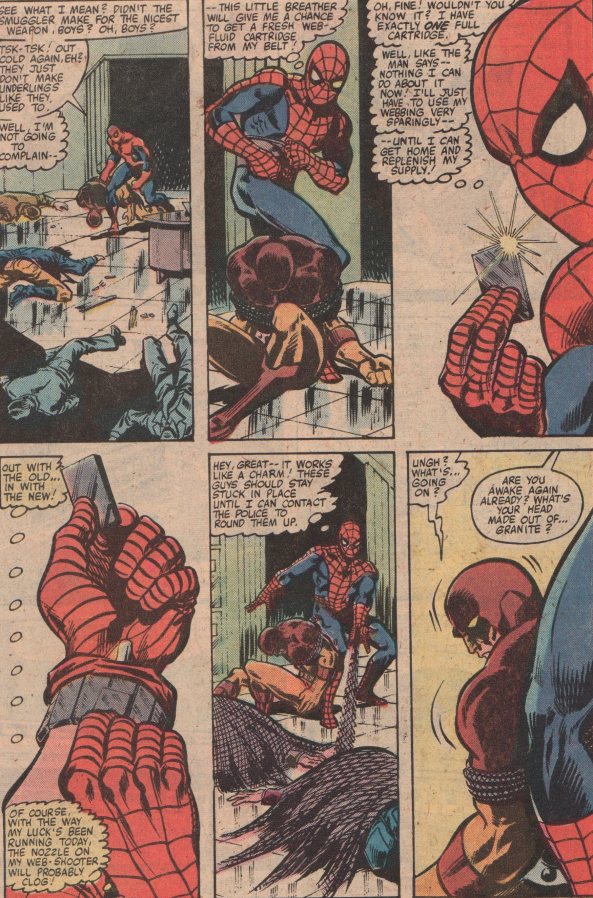 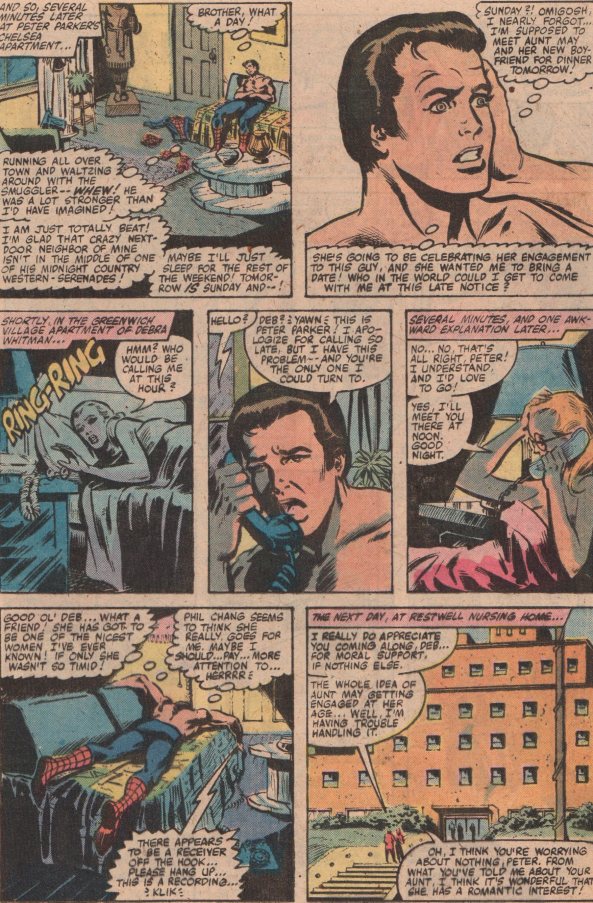 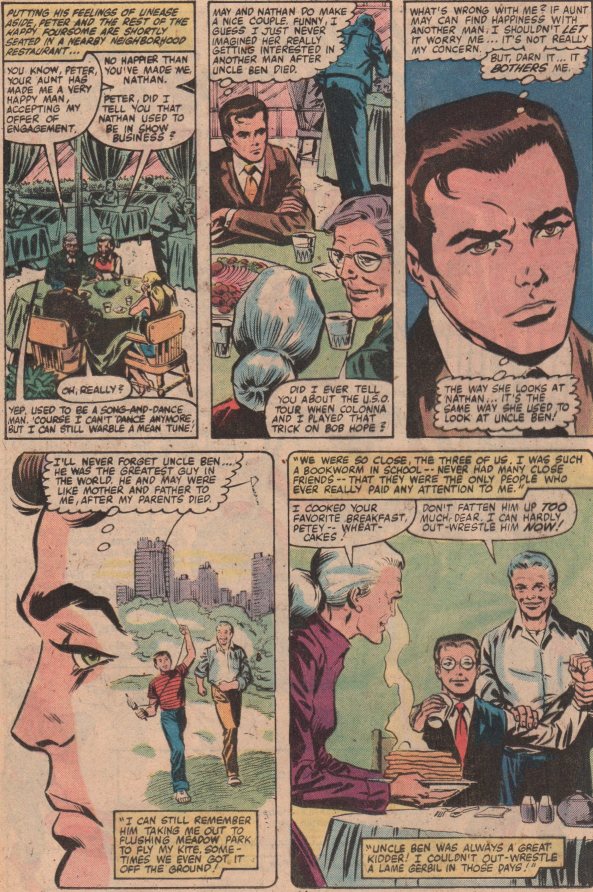 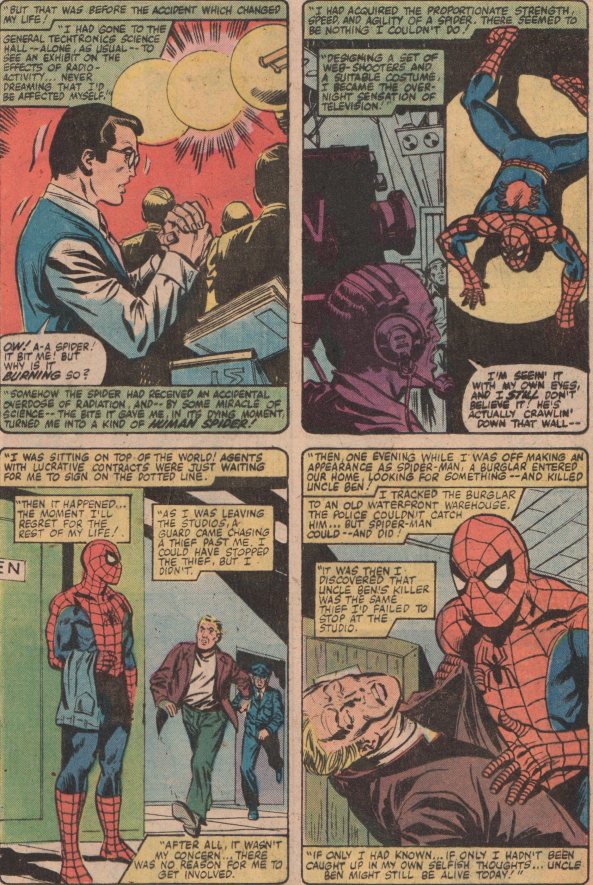 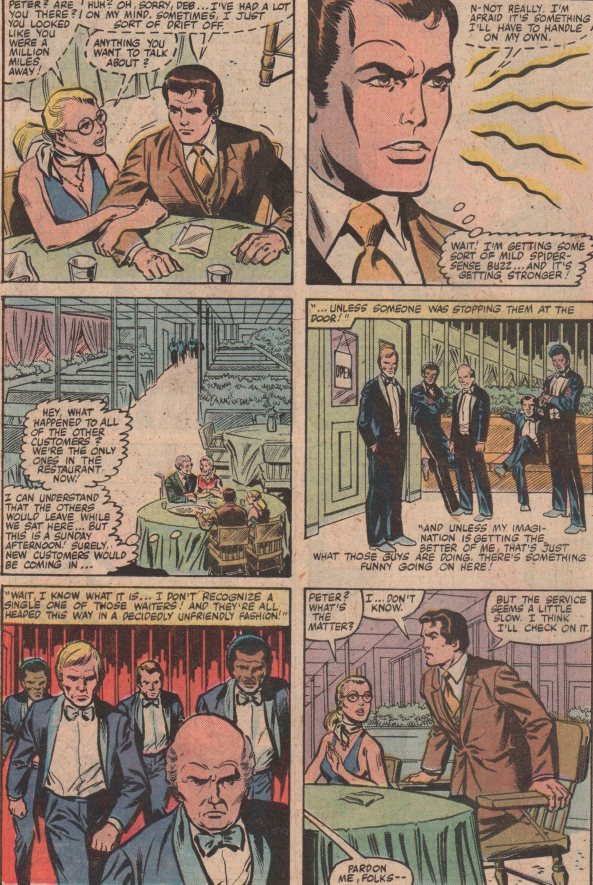