It’s time once again, to spotlight the best comic book title from the Bronze Age! Yes, you read that correctly. Not the best horror comic, THE best comic book, period. The Tomb of Dracula ran for 70 issues, from 1972 until 1979, and was without a doubt one of the best series ever. This little reprint book from 1992 has three issues in it. Two of the issues are back to back (45-46) and one is a standalone (30). The two consecutive issues revolve around Dracula using his influence on a satanic cult, and getting married. Good stuff, but I love the standalone issue better. That one shows Dracula reminiscing about some adventures he had in the past. One in particular where he meets a blind girl is quite fascinating.

The dream team of Marv Wolfman (writer), Gene Colan (pencils), and Tom Palmer (inks and colors), was in place for a while when these issues were published. They were on a roll by this point, and churning out fantastic stories. You add John Costanza (letters), and the crew is complete. This creative team would go on for 70 issues total in this series, and Wolfman and Colan would do more Dracula work in the future as well (Tomb of Dracula, 1991-92 – Epic, and The Curse of Dracula, 1998 – Dark Horse). Whatever the format, get out and grab one of the best books around! 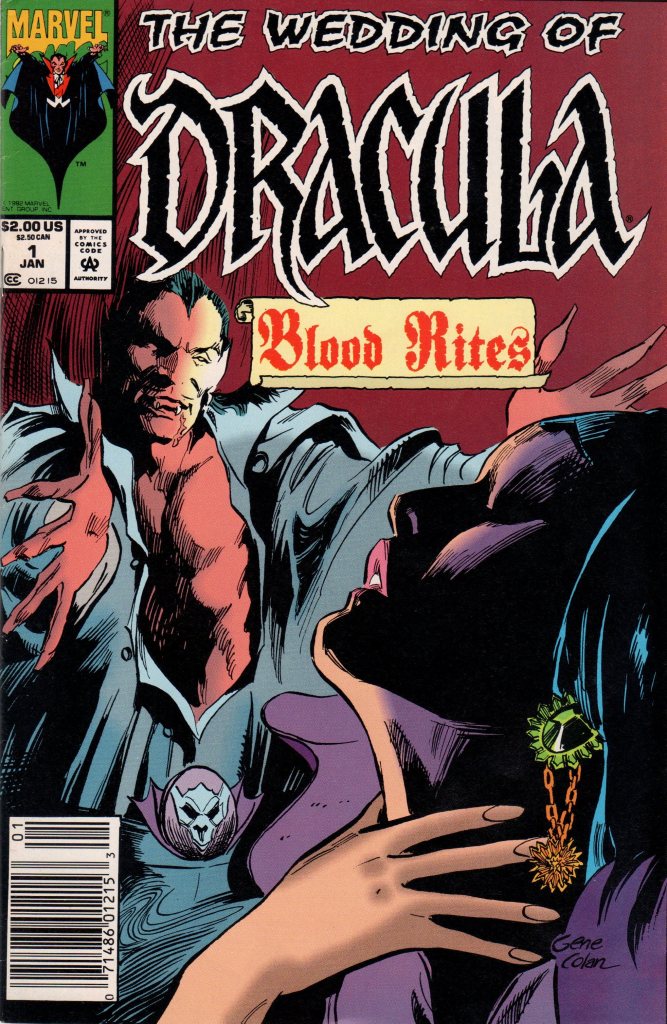 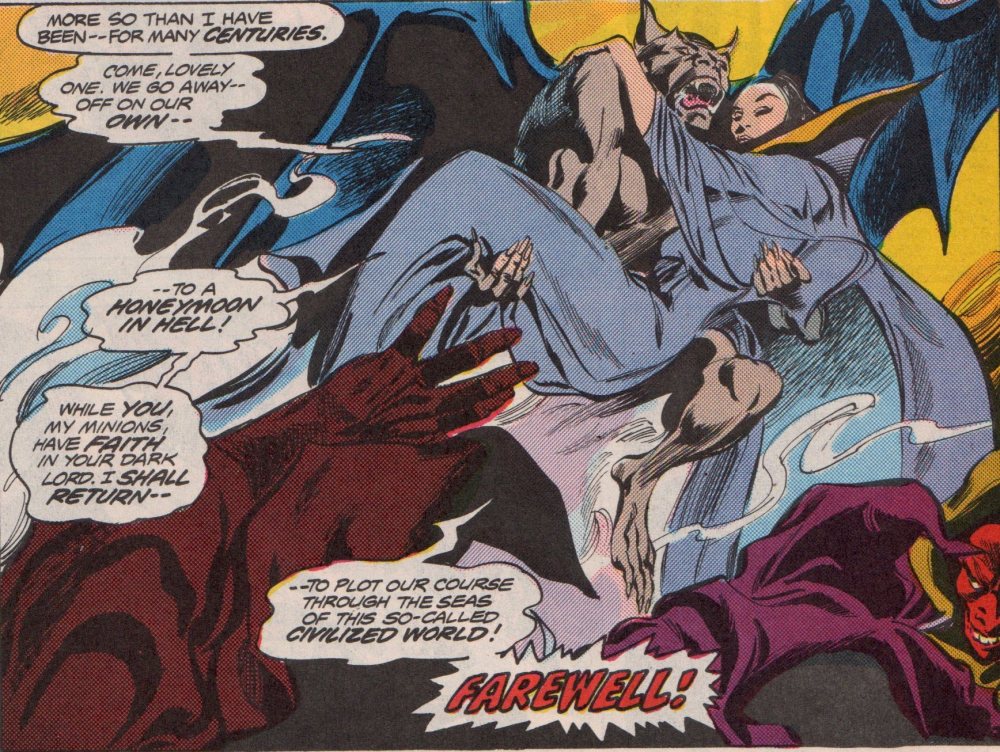 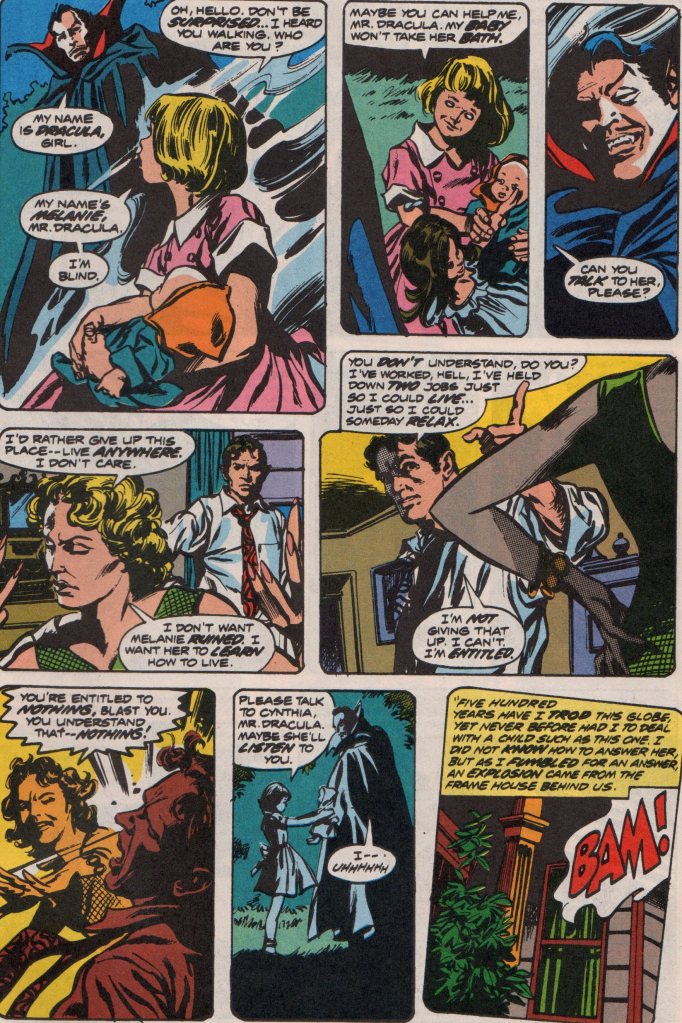 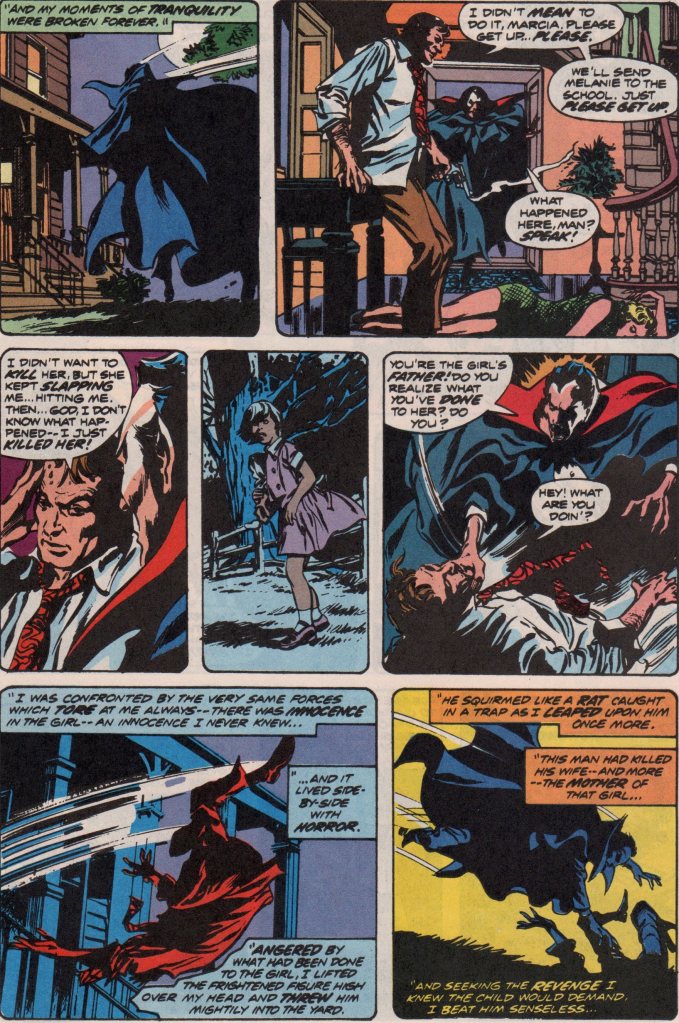