To say that EC comics was the fore-bearer of just about everything in horror comics that came after them, would not be too hyperbolic.  Back in 1949/1950, Bill Gaines decided to take the company in a new direction. That direction was horror, crime, suspense, etc. All new material with an edge to it that had never been seen before in comics. EC blazed a trail that made it possible for any other publisher to push boundaries like never before seen in the industry. Not only that, the content was amazing. They just didn’t go for blood and guts with no substance, they had good stories, and excellent artwork by some of the greatest horror artist (and artists in general) of all time. “Ghastly” Graham Ingals, Johnny Craig, Jack Davis, Wally Wood, Reed Crandall, Jack Kamen, Frank Frazetta, Al Williamson, John Severin, Basil Wolverton, and more!

In this reprint, we see two issues chocked full of horror goodness. Vault of Horror 23, 1952, and Haunt of Fear 13, 1952. In both issues not only do you get the iconic horror hosts that helped make EC famous, but the pages are full of stories that will blow your mind when taken in the context of the year they were produced. Think about it, The Adventures of Superman, Ozzie and Harriet, and Roy Rogers were on television that year, so just imagine comic books featuring strong, mature content. It was a huge risk, but also ended up being a huge success and put EC comics into orbit. 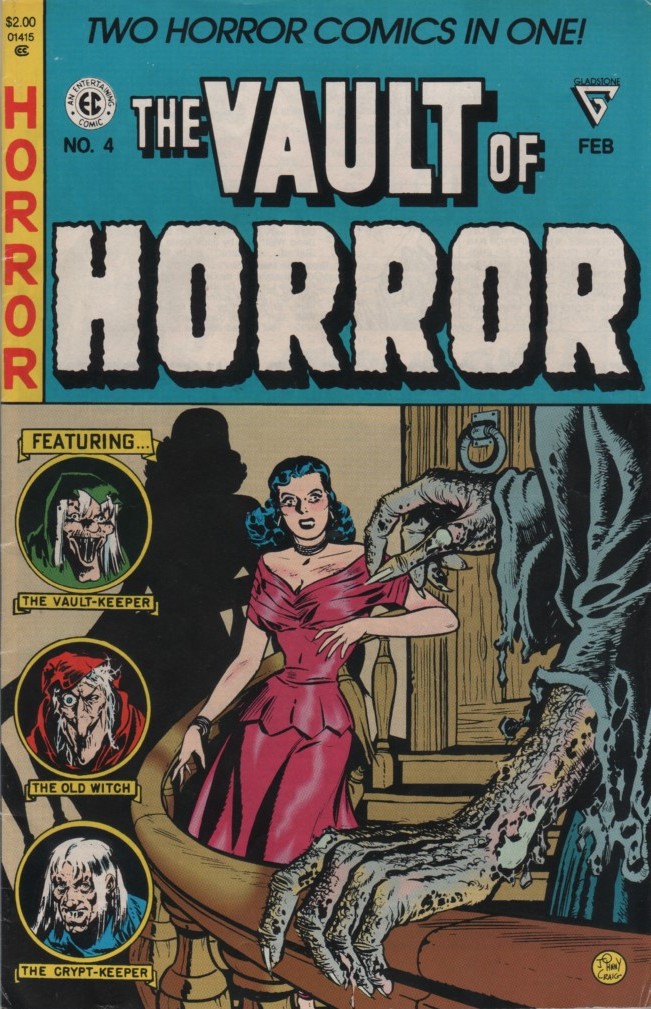 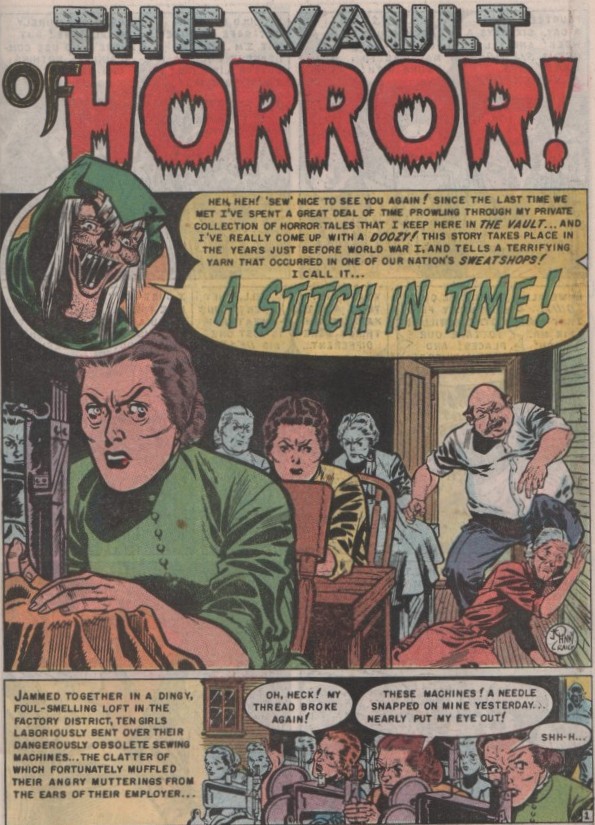 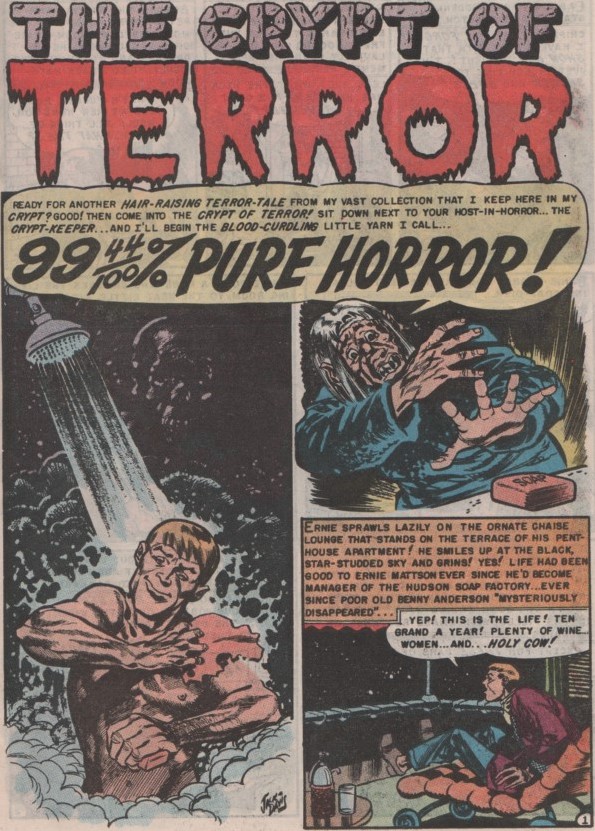 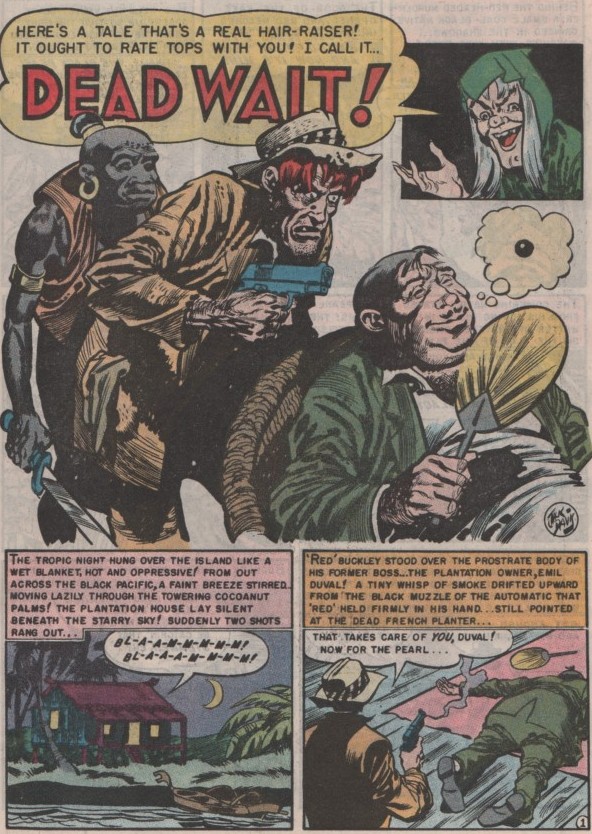 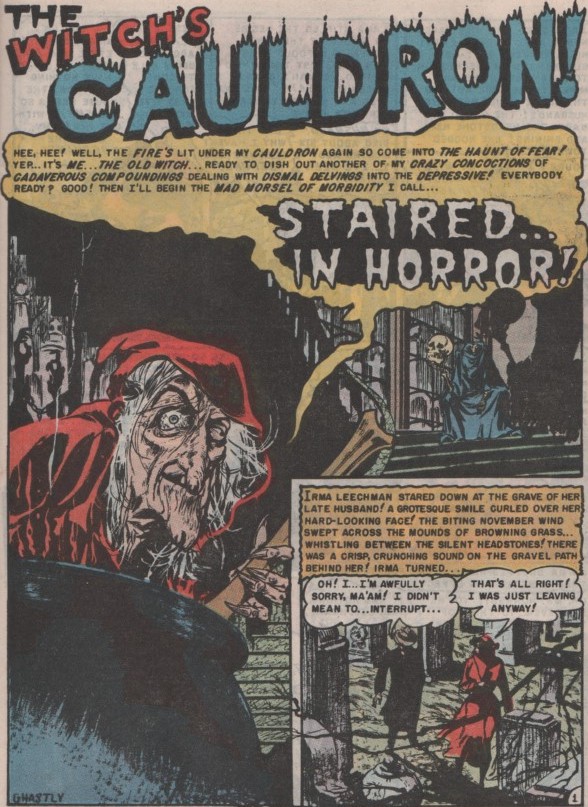 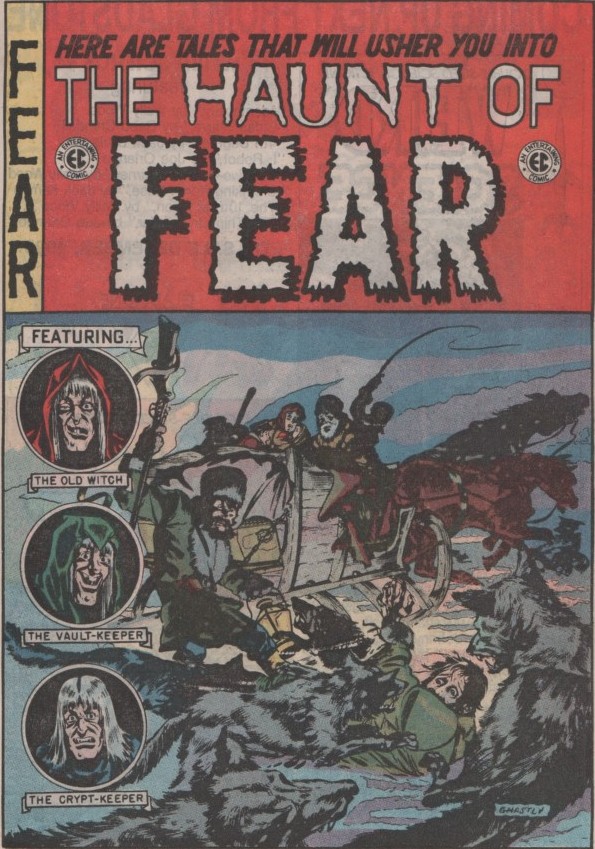 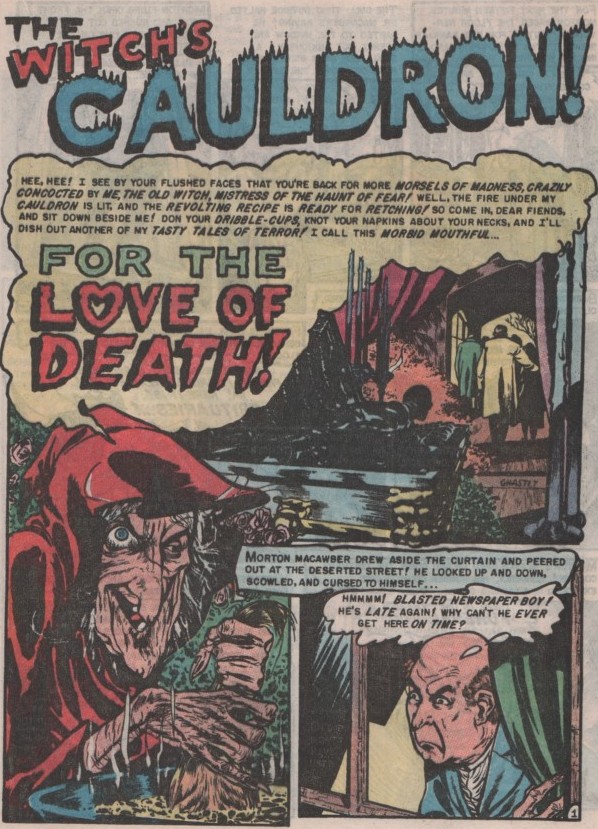 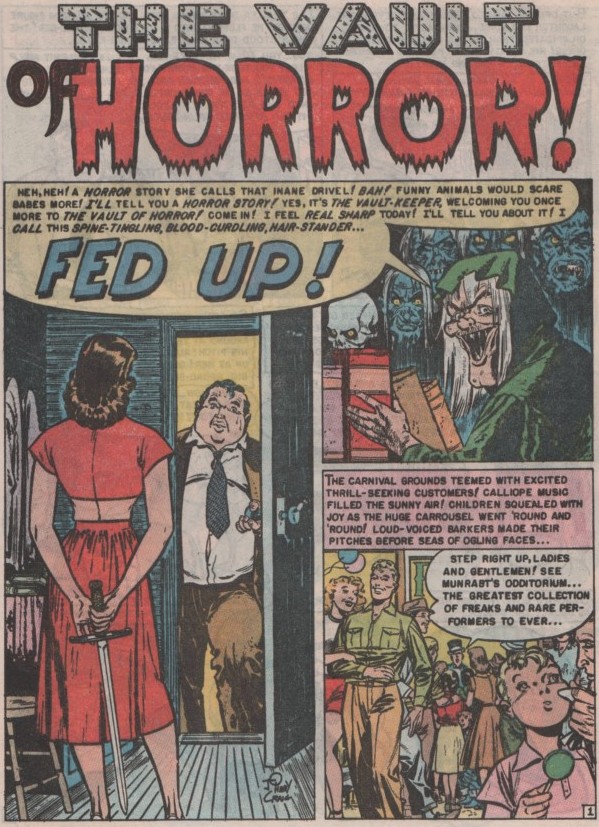 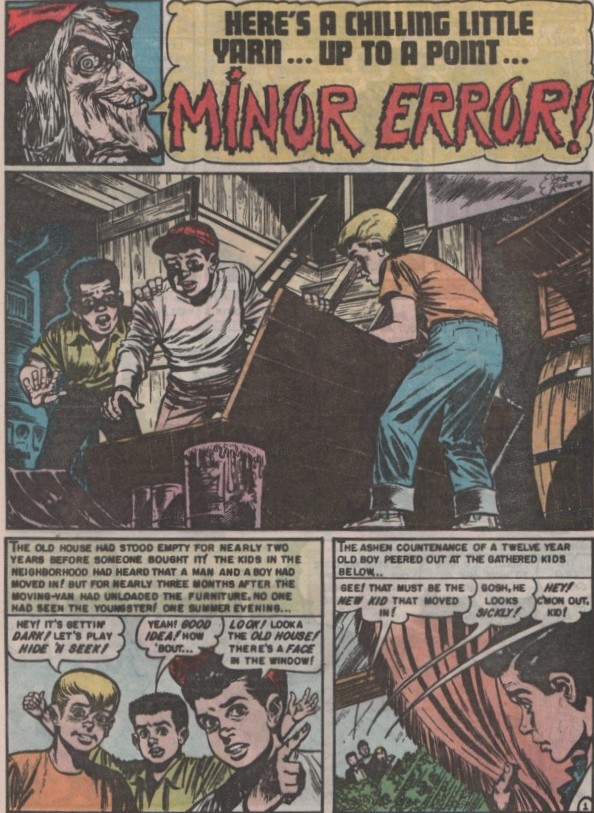 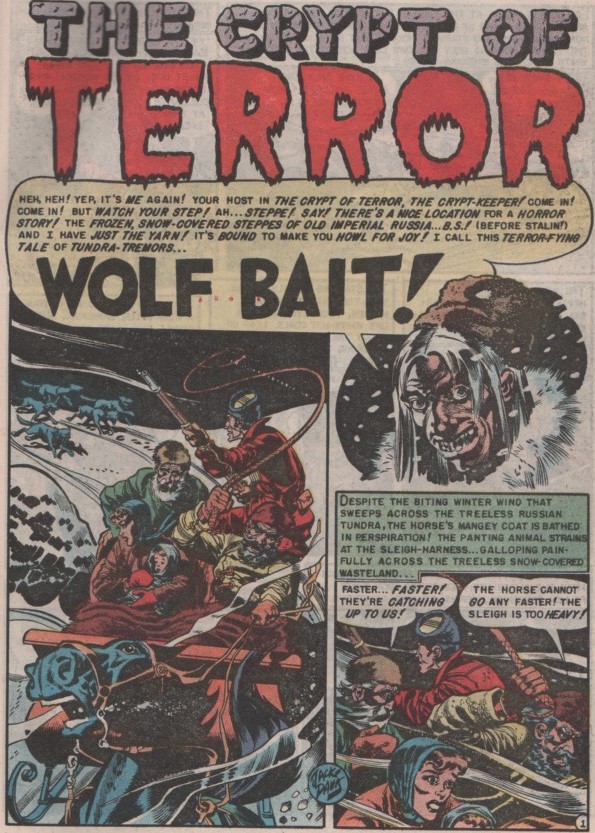