I figured with Ant-Man still on people’s minds, we could journey into the past, and check out an appearance of this eccentric character. Not only do you get him, but also the blue-eyed Thing! The Thing gets sucked into a Microverse, and it’s up to Ant-Man (with an assist by Reed Richards) to bring him back in one piece. But what if Ben doesn’t want to come back? Just think about it for a minute. What if Ben is whisked away to a world where he’s adored, and not feared? Would anyone want to come back to a world where you feel tormented?

This was a great phase of this title, when you had regular artists like “Rampaging” Ron Wilson (pencils) and “Cheerful” Chic Stone (inks) bringing you fantastic interior work. Still fairly young in his Marvel career (but not comics in general), Tom Defalco (writer) gives us a solid story that emphasizes what Ben Grimm is really all about. Colors are by Christie Scheele, letters by Rick Parker and Michael Higgins. The editor is one that was an absolute rock for Marvel throughout the years, Mr. Jim Salicrup! 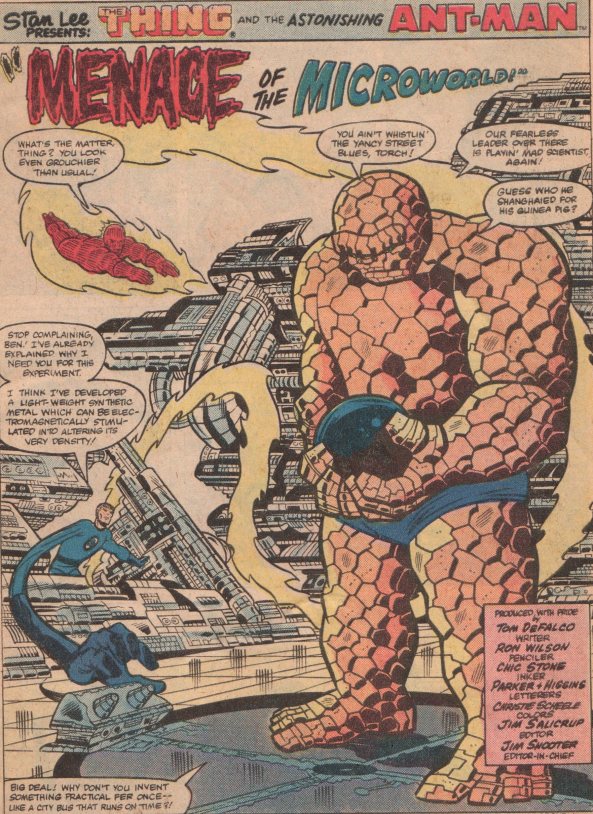 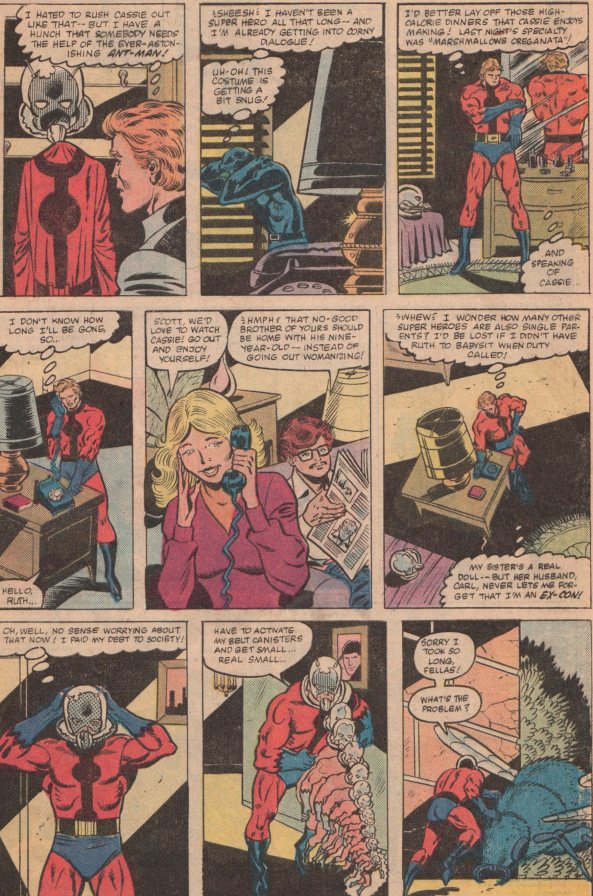 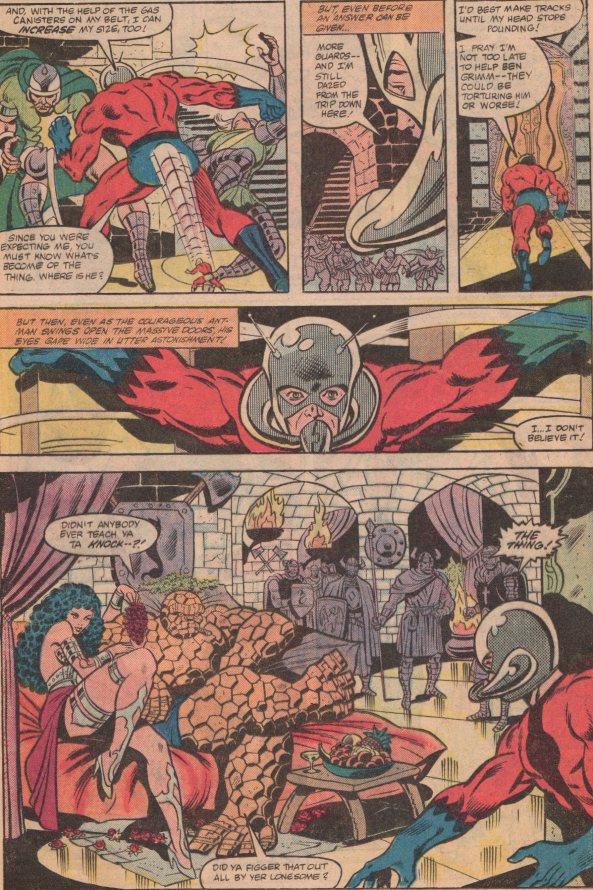