Happy New Year! Another year has passed, and looking back, it was a rough one, but we did it! Personally, I achieved some goals that I’m proud of, especially in reference to my podcast. I released 26 episodes, and the first didn’t even drop until April! After how much difficulty I had getting going (and some procrastinating), it was rewarding seeing all the interaction and fun comments from listeners, but even more fun was talking to my awesome guests! They were all, in their own right, spectacular, and fun to podcast with, and look forward to talking to them all again in 2022, plus a few more new guests as well!

Speaking of guests, I absolutely had to end the year talking with my podcasting partner supreme, Herman Louw! Herm and I have spent countless hours recording, planning, scheming, reading, and trying to bring listeners some fun content, to help them get through their day. Honestly, I couldn’t have had this much fun with anyone else. Thanks, Herm!

Now, onto the episode. We started plotting this conversation almost a year in advance, but came down to the wire to record, simply because of how busy we were, plus it being the holiday season. But, here we are, and in this one we’ll shout out our top 5 Universal classic horror films, in honor of 2021 being the 90th anniversary of Dracula and Frankenstein, the films that started it all (of course there were other horror films before, but these two were enormous hits that paved the way)! We both have an affection for this studio, its actors/actresses, and production folks as well! So get ready, cuz here come the monsters! 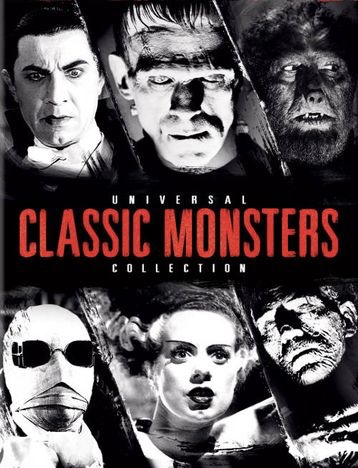