It’s no secret that Stainless Steve Englehart is one of the best comic book writers from the Bronze Age (and maybe of all time?). One of his most important legacies is his work on The Avengers. Being only the third person to write that title (Lee and Thomas preceded him), is quite an honor in and of itself, but Englehart took what was there and built a mansion on top of that foundation. He took the team to new heights with his reality spanning story, The Celestial Madonna.

Kang, the main antagonist of the story, was elevated from a more simplified villain, to a complex character that had many layers. In this issue, we see him overpower not only another version of himself (Rama-Tut) but a third version (Immortus) all within mere pages! As if that wasn’t enough, Kang then summons (using the technology of the master of time, Immortus), six characters from the past- Midnight (from Shang-Chi), Wonder Man, Baron Zemo, The Ghost (from Silver Surfer), and Frankenstein’s Monster! He uses them as pawns to attack The Avengers inside a castle! 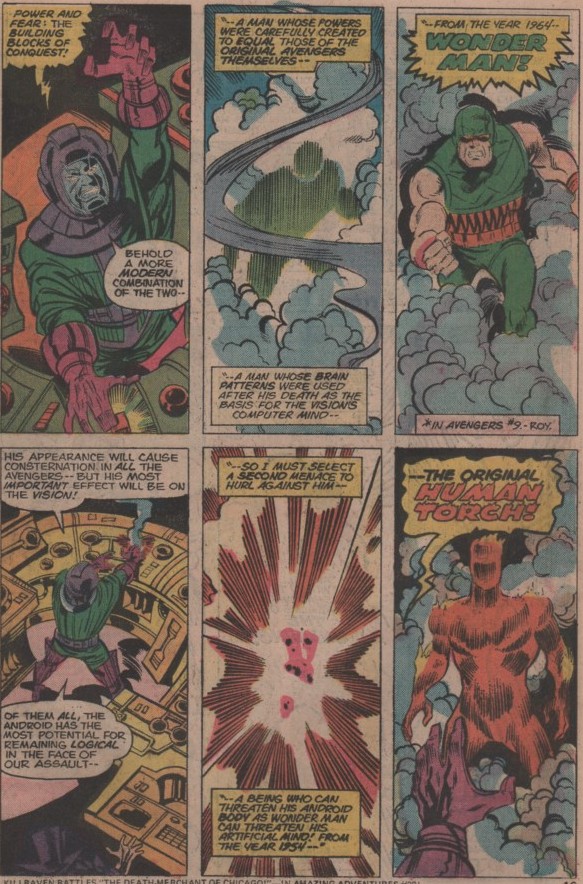