Getting back into the swing of things this new year, I thought it appropriate to lift high the name of Vincent Price, as he is one of the masters of horror! Looking through his catalog, you see quite an array of films, but of course, the horror films are the ones we most remember. Why is that? Because he was born for it. He could act well enough for any genre, but is performances in horror films are more than just memorable, they’re magnificent. This film is more of a thriller than horror, but Price is a fantastic villain!

I could go on all day about him and his films, but instead, let us get to this wonderful film. It’s not easy to find a decent copy, but the usual video sites have copies for a viewing (I own a set with it on, and the quality is slightly better than online). Here we go!

The film begins with a woman, Janet Stewart (Anabel Shaw), who is entering a hotel (in San Francisco). She asks the desk clerk if her husband has arrived yet, but he tells her no. Her husband is returning from the military (serving overseas), and supposedly has booked a room at his hotel. The man at the desk tells her that no one has check in under that name. He tells her that they’re completely booked. But after she starts sobbing, the manager finds her accommodations for the night. 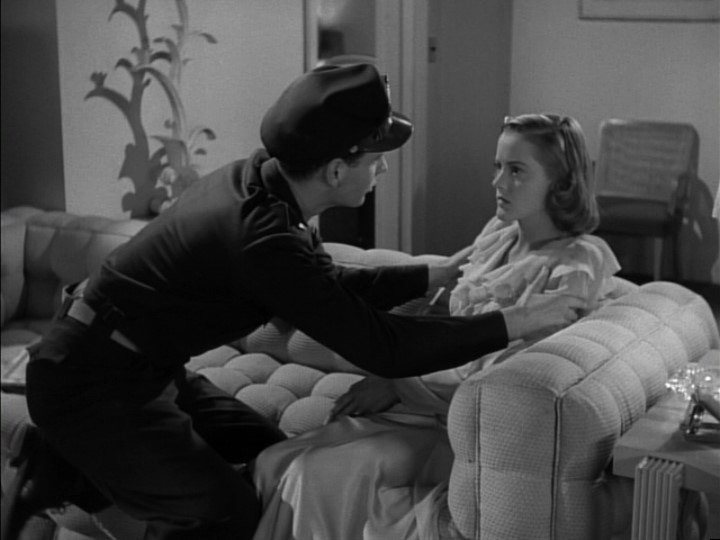 Later, Janet is thinking about how great it will be to finally see her husband after him being away for so long. She falls asleep and dreams of him returning. It soon turns into a bit of a nightmare though, but she eventually wakes up. She calls the front desk and asks if her husband arrived, but he hasn’t. She then heads out on to the balcony for some fresh air. She then hears the voices of a man and woman (presumably husband and wife) arguing. The husband, Dr. Richard Cross (Vincent Price), tells his wife that he wants a divorce because he’s in love with his nurse. She laughs at him and threatens to call and rat him out for his infidelity. He gets enraged, and then picks up a candlestick, and bludgeons her with it. Anabel is horrified, and falls to the couch.

The next morning, Lt. Paul Stewart (Frank Latimore) shows up at the hotel, and rushes upstairs to meet his wife. As he walks through the door, you can see Anabel hasn’t moved an inch from the spot where we last saw her. Paul rushes over to her, but within a minute, it’s obvious that she’s in a trance-like state, and nothing seems to be getting her out of it. He immediately calls for a doctor, and luckily there’s one close. He examines her and tells Paul that she’s in a deep state of shock. He recommends a very good neurological doctor that goes by the name of Dr. Richard Cross!

The doctor shows up and examines Janet. He tells Paul that she’s had a nervous breakdown from something traumatizing. Dr. Cross then heads out to the balcony for a cigarette, and notices that her balcony can see directly into the room where he murdered his wife. He realizes that there’s more than a good chance she witnessed the murder, so he suggests that Janet be transferred to his sanitarium in the country (so he can keep a close eye on her). Dr. Cross’s naughty nurse/lover takes Janet to the hospital, and tells her to give her an injection to keep her calm.

After a while, Janet begins to respond slightly to Dr. Cross’s voice. It’s almost like she’s under hypnosis. He questions her about what she saw the night before, and she admits that she saw him kill his wife. Janet’s eyes open , and as she recounts the event, Cross realizes she must be kept from telling this secret. Later that night, Nurse Elaine (Lynne Bari) comes over to the Doc’s house for some hanky-panky, and the two plot to keep Janet under their sway so she doesn’t spill the beans. 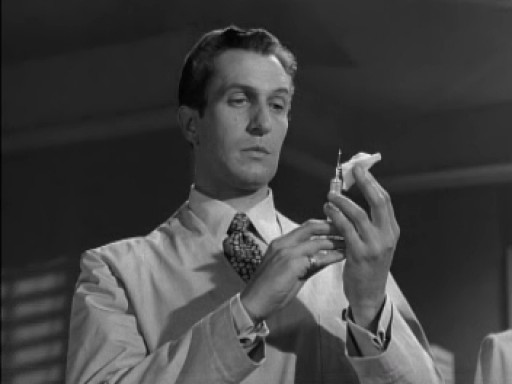 The following day, Dr. Cross brings Paul to see his wife. She’s very groggy and almost seems worse. Cross informs him that his time missing in action in the war has disturbed his wife’s mind, and that she may never recover. He informs the good doctor that he went to the local military base and got a second opinion. Later, Dr. Cross and Nurse Elaine are mentally torturing Janet to drive her further into insanity.

Will the new doctor be able to help Janet awaken from her nervous breakdown? Can Janet ever live a normal life again? Will Dr. Cross and his sinister nurse get caught and pay for their crimes? All will be answered…maybe. 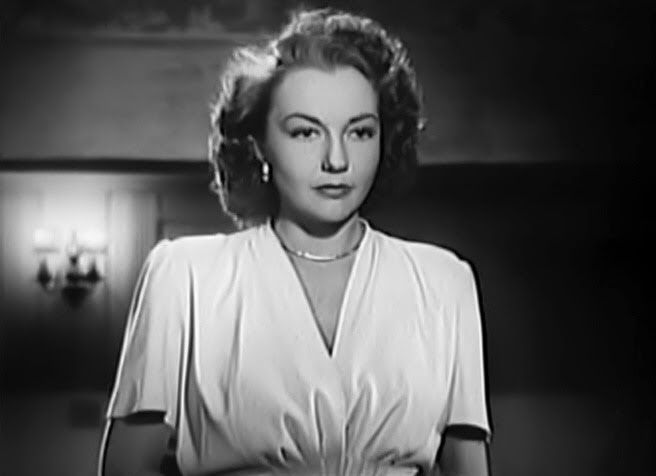 If you think about it, this is one whacked out film. Imagine a doctor this sinister. Killing his wife, then using drugs, and any other means possible to drive someone insane. I’m sure a plot like this was quite shocking (no pun intended) back in 1946 for the audience. Obviously in today’s reality, this kind of thing is old news, sadly. The supporting cast isn’t all that stellar, but Price is on point once again. At certain moments, he’s truly evil, but once in a while, he’s conflicted. This sets in motion the thought: Is Price’s character insane or just tormented? Sure, he bludgeoned his wife, but that was in a fit of rage, the textbook definition of insanity. And when it comes down to actually killing another, he’s torn about it because he loves the nurse, but realizes killing is wrong.

We do see a solid performance by Anabel Shaw (Janet). She does a pretty good job at portraying someone fight for their sanity. The sets were pretty much standard fare, as was the soundtrack (it did have its moments, but overall it was average). Another classic that any fan of Vincent Price must see. It almost has a vibe to it like “The Fly,” as far as the conflicting emotions go. Hit up any video site, as I believe this one has fallen into public domain.