Have you ever seen a cover, and thought you had to buy a book even before you looked inside? Well, this comic did that to me, as the incredible work by Nick Cardy drew me in! He’s rapidly moving up on my favorite artists list, and is right up there with my favorite artists for DC comics. His work is always outstanding and on par with anyone.

The story itself is pretty hilarious, and features a villain that we all know and love, well, ok, maybe not all of us love him, but I love Captain Boomerang (created by John Broome and Carmine Infantino in Flash 117, 1960). We see Boomerang going to jail, but then he’s sprung by…his father? That’s right, Boomerang’s father is working on a sadistic scrapbook, that will hopefully showcase Flash’s death!

There is also a backup story involving Green Lantern. We all know Hal Jordan can be quite the imbecile, and this story is no different. We see Hal stomping around like a child, even kicking his lantern at one point. Story by Denny O’Neil, art by Dick Dillin and Dick Giordano. 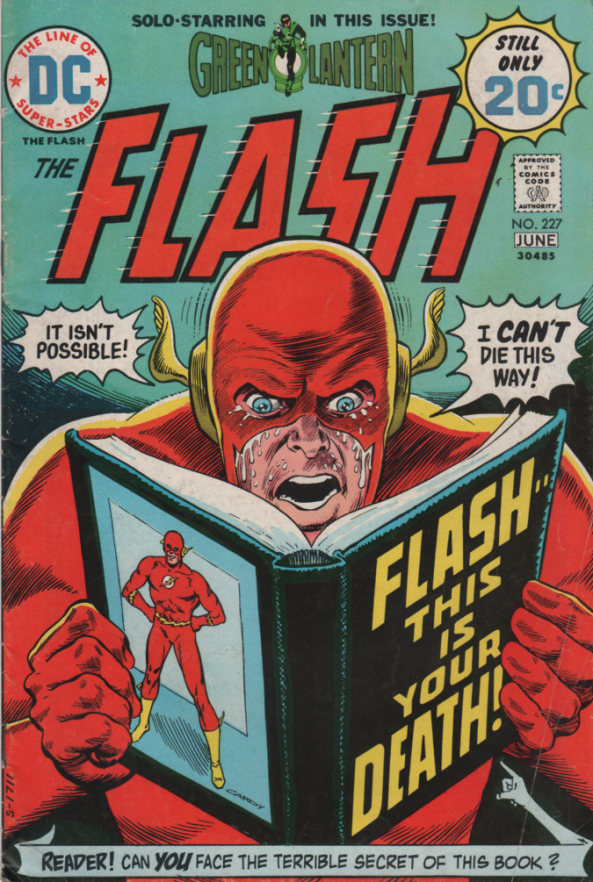 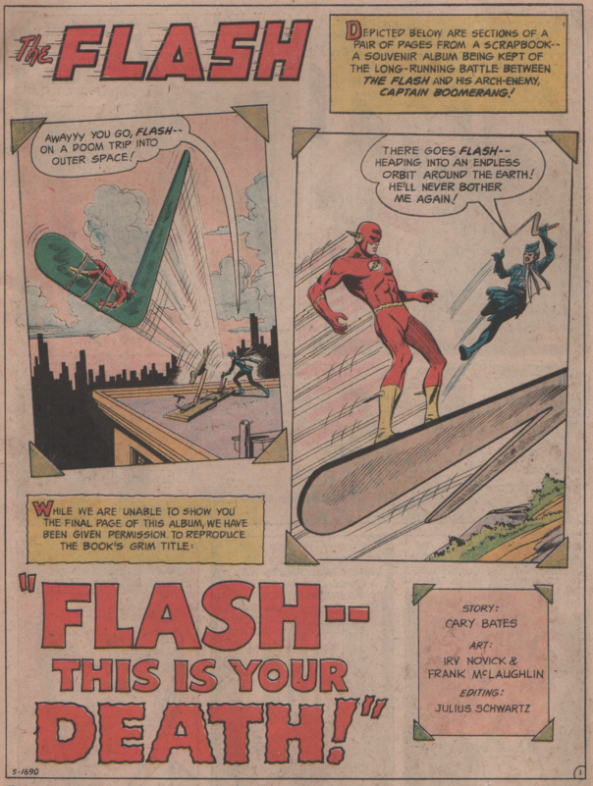 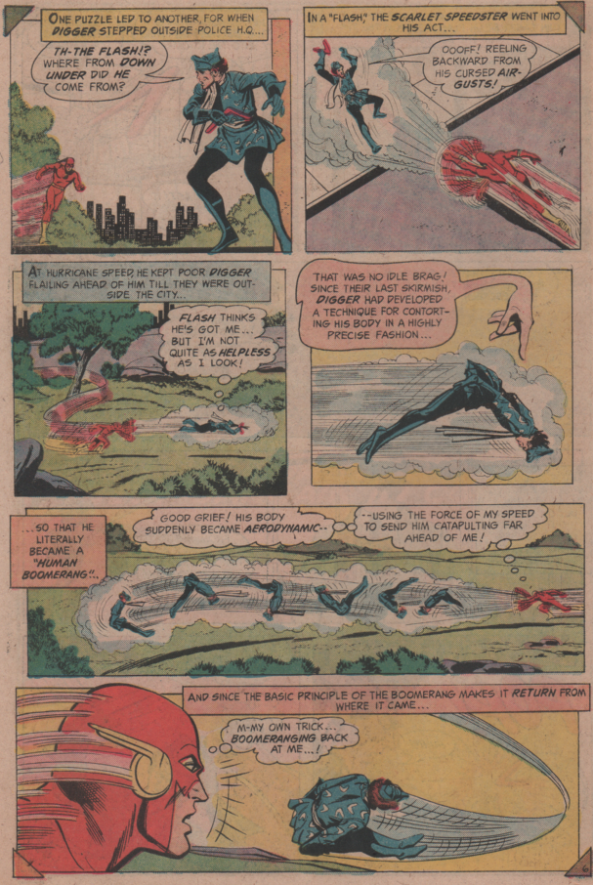 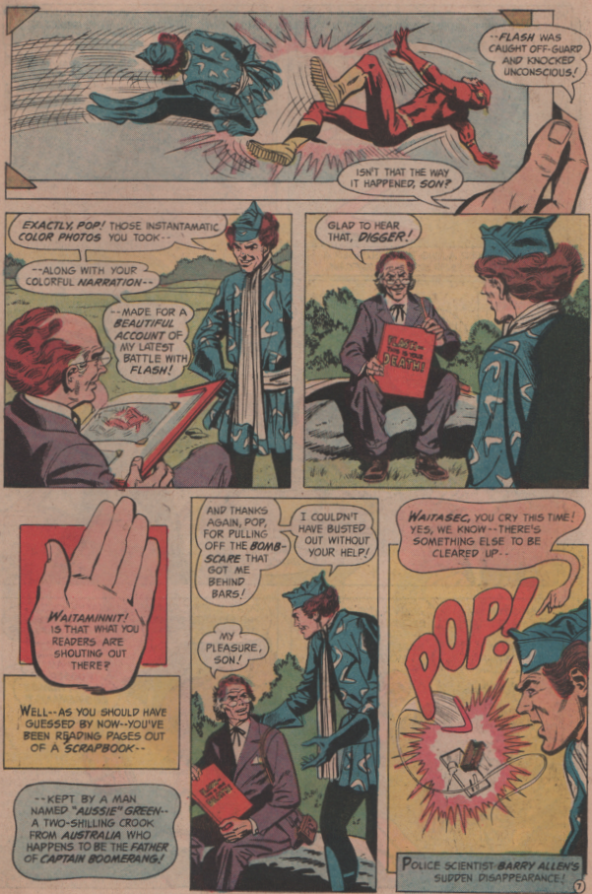 My first encounter with the JLA, was in the form of television and the Superfriends. The stories weren’t anything heavy, but they were fun to watch and kept me entertained. I didn’t buy my first JLA comic though until just a few years ago. This wasn’t the first issue I bought, but it’s a good one! A story is only as good as its villain (just my two cents). Back to animation for a minute…The Justice League television show from the early 2000s was  a fantastic show, and the episode with Doctor Destiny was incredible (they haven’t yet reached that specific episode, but the JLUcast is a great podcast about that show)!

Back to this book. Like the TV show, we see Dr. Destiny control the dreams of the League, in an attempt to kill them (it’s obvious the show lifted its premise from here), but of course, good guys beat bad guy. Not that it’s boring mind you, the villain really makes the heroes look pretty pathetic for a while. We also get to see the heroes as their civilian alter egos, and normal everyday stuff. It was quit refreshing.

As expected, the names in the credits are absolute staples of the Bronze Age. Writer Gerry Conway does a fine job with the script/story, and does insert some of his personal beliefs/social commentary in the issue as well. He, along with a lot of the other writers of the time were very good at sending messages without being overt or preachy about it (kudos).  The artistic chores fell on the shoulders of another pair of names synonymous with the age. Dick Dillin (pencils) and Frank McLaughlin (inks) were both on point here and did a fine job with a lot going on in this issue. Two more names in Jerry Serpe (colors) and Ben Oda (letters) round out the interior art team. The cover is by Mike Kaluta and Al Milgrom, and although it is pretty good, it’s also not quite what you’d expect. Not sure if it’s the team up of these two guys or just not the greatest layout or composition. 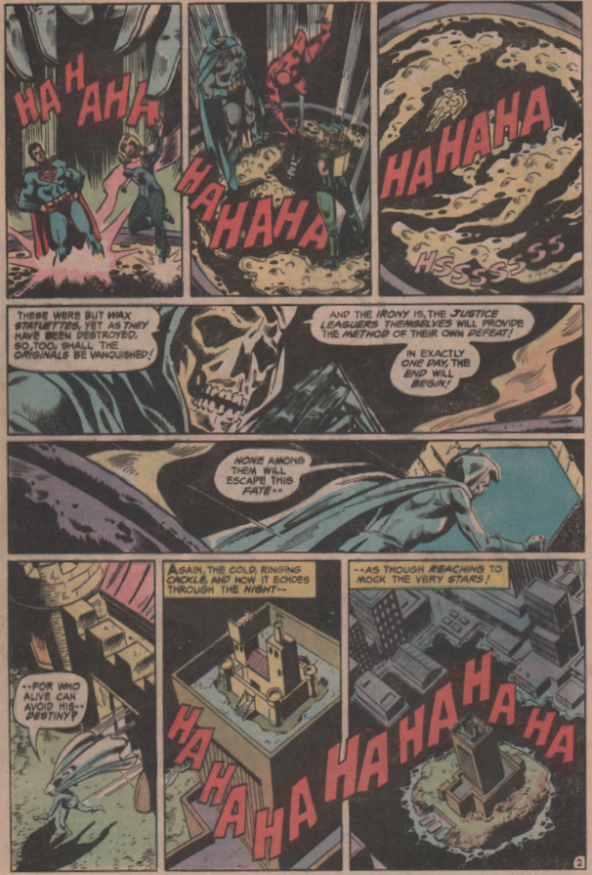