In the late 1960s, DC comics decided to give The Spectre his own series. To say that this series was weird is an understatement. It’s not quite on the level of the Fleisher/Aparo stories (in Adventure Comics), but those are top of the food chain for Bronze Age comics. This title had a few different creative teams on it even though it was only a ten issue run. Some huge names involved and the stories are all over the place (in a good way).

In this issue (the main story), we see The Spectre as he’s chained to a “Journal of Judgement” for his failings in the eyes of the creator. We get to go back in time, as Jim Corrigan and his partner try to bust up a crime ring. The Sargent gets shot and killed and then another crook tries to shoot Jim in the back. The Spectre rises up and kills the man. Corrigan then confronts The Spectre, and the two fight. It appears as though he kills Corrigan, and that’s when he’s forced back to the spirit realm, and gets punished.

This story is pretty wild, but very consistent with the others from this run (and the subsequent Adventure Comics run). We see that the Spectre has no problem killing people, no matter what the cause! Written by Mike Friedrich, art by Jerry Grandenetti and Bill Draut. Another incredibly awesome fact about this issue is that it has a back up story (told by The Spectre) about a magician that runs afoul of the devil! Oh, and did I mention this story was written by Denny O’Neil and illustrated by Bernie Wrightson? There’s also a third story (Shadow Show, writer- Mark Hanerfeld, art by Jack Sparling), where The Spectre terrorizes a thief! All of this is kicked off by a great cover by Nick Cardy! 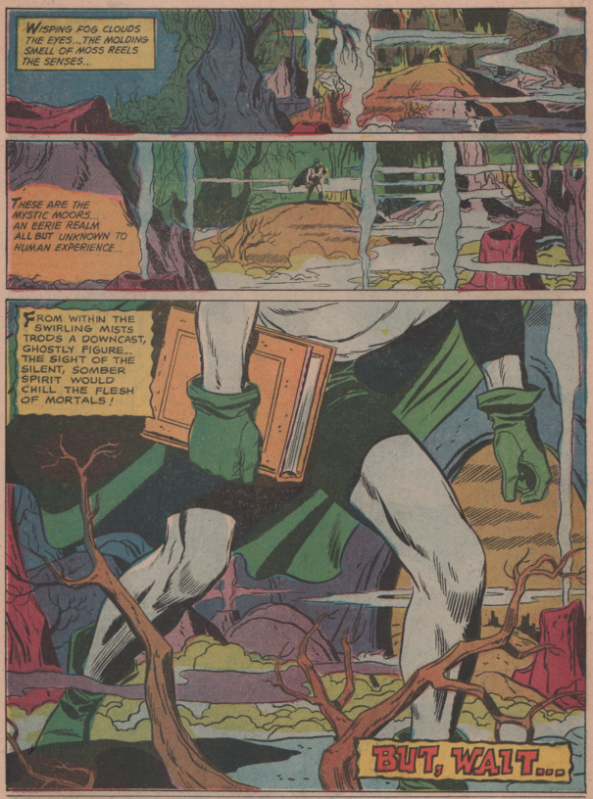 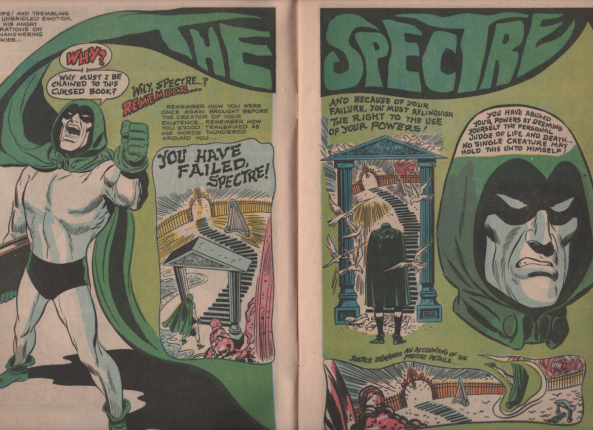 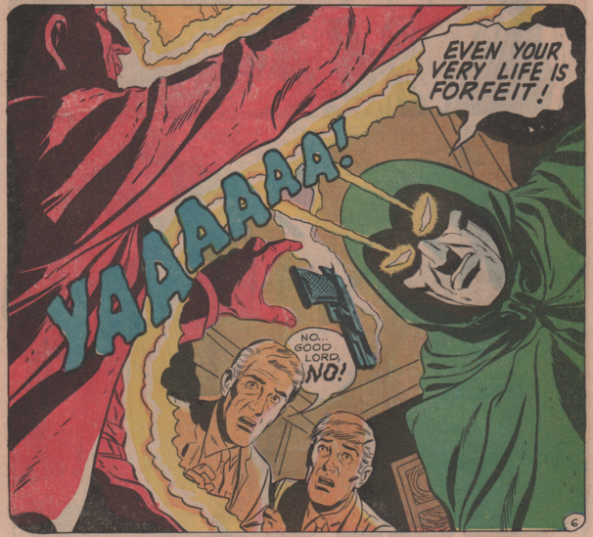 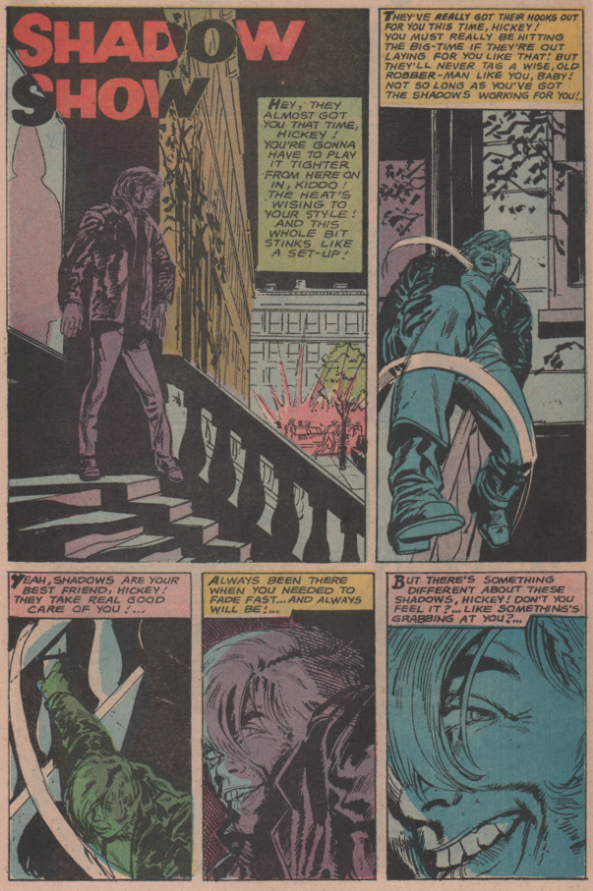 Sometimes when you buy a comic, you think you know what you’re in for. And then you read the book and get something totally different. That’s what happened when I read DC Showcase 82!

A hippie musician that gets teleported to an alternate dimension via a weird bookstore, then must pick up a sword and battle evil-doers, and save his girlfriend from them. The first few pages of this book give no indication that’s going to happen (OK, other than the splash page). This one is a fun romp that deserves your attention for sure. This book also has some of the best advertisements I’ve ever seen in a DC comic book (see 3 images below story)!

Very fun/cool story by Denny O’Neil, with artwork by Jerry Grandenetti and Dick Giordano! This one is something straight out of Dungeons and Dragons or slightly even a Tolkien story. If you see this one for a decent price, do not let it slip away. Oh, and of course it has a spectacular cover by DC’s best cover man, Joe Kubert! 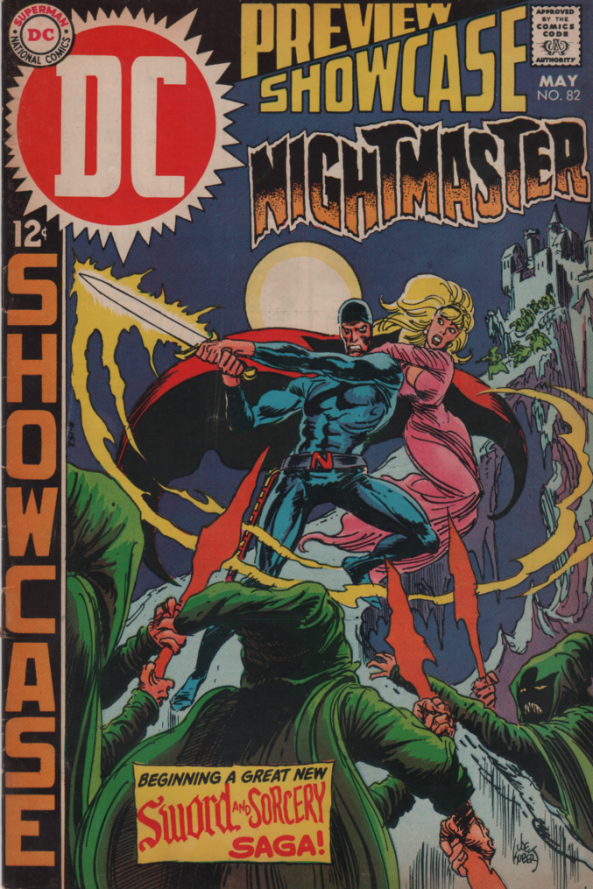 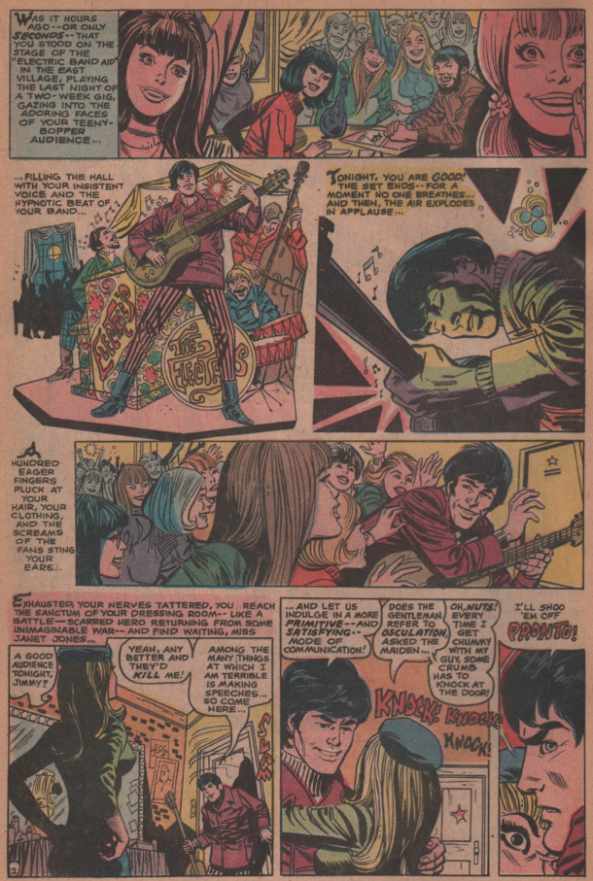 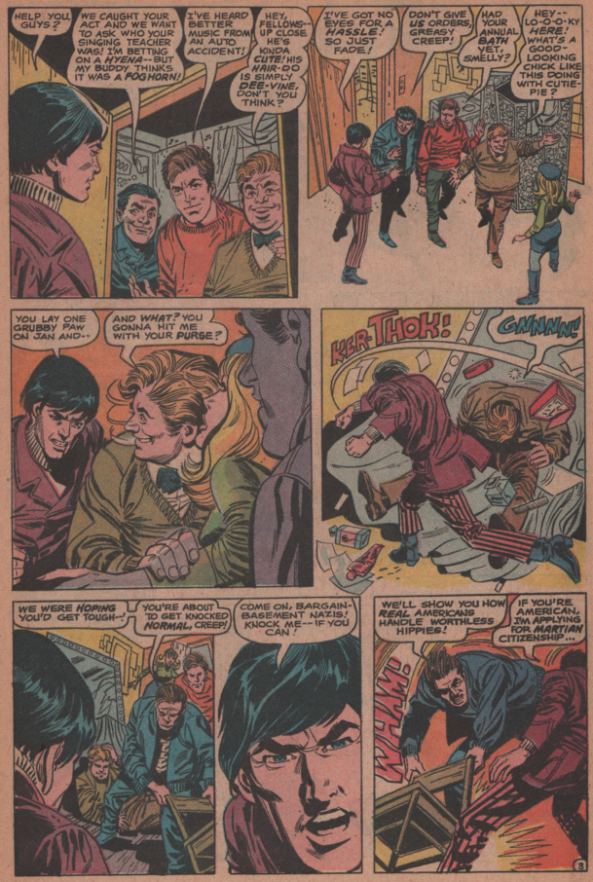 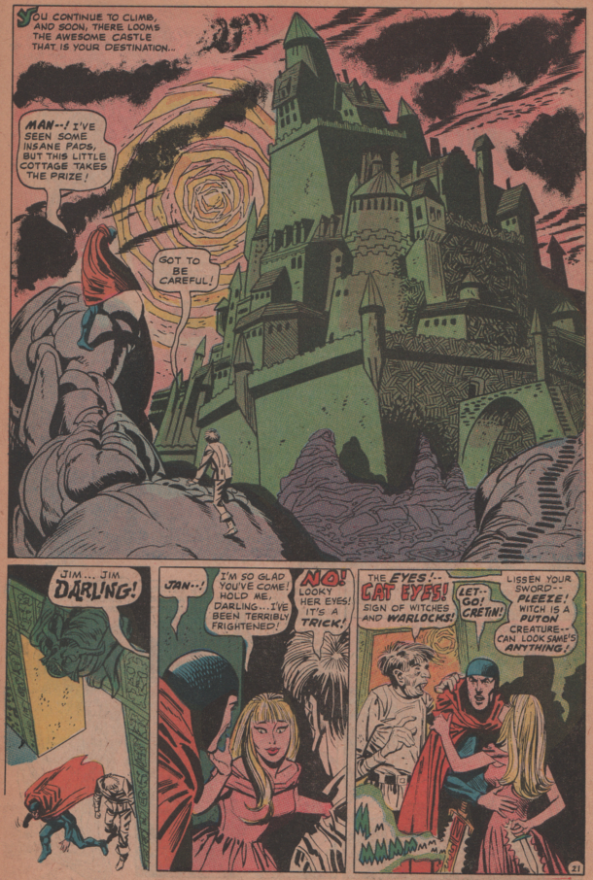 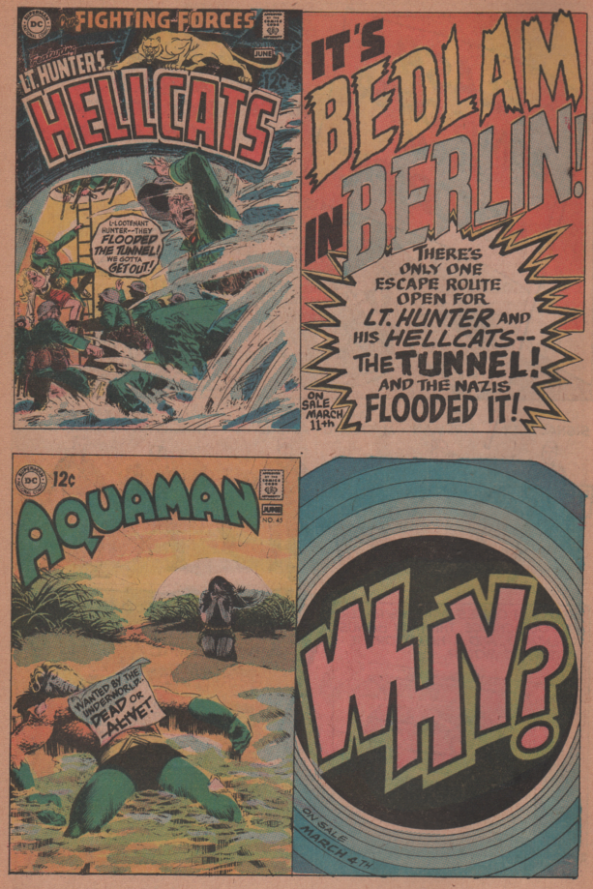 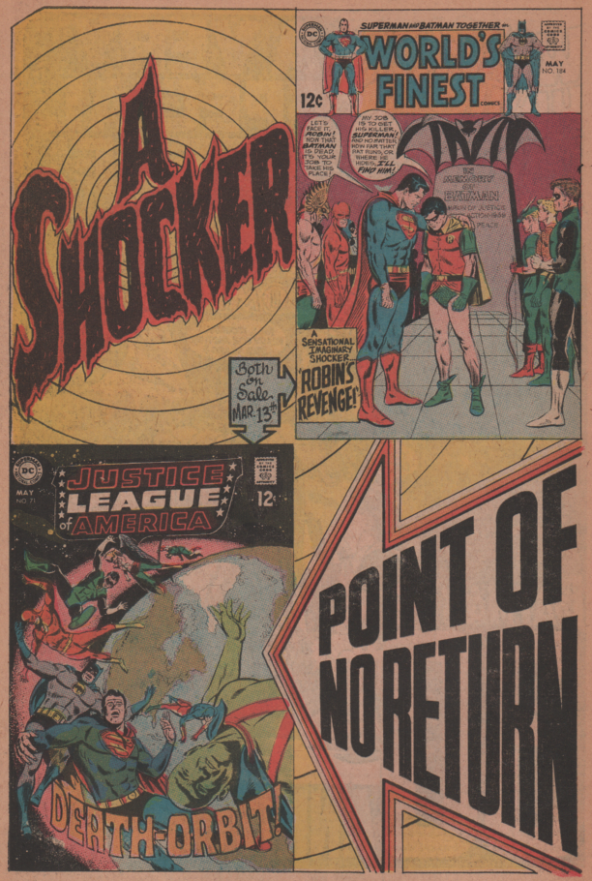 Back in the 1950s (before the Wertham crusades), Jack Kirby and Joe Simon were still chugging along with their creative partnership, and were producing comic books in their own shop. One of the companies they produced comic books for was Prize Comics (Crestwood Publications). This was the launching pad for titles like “Young Romance” (the first ever romance comic book), “Fighting American” and “Black Magic!” Before the Comics Code Authority was established, you had the awesomeness of EC Comics, and shops like Simon and Kirby’s churning out great stuff that really set the bar for horror of the time.

The book contains four stories (5, if you count a one page prose tale), that are all pretty good! Graveyards, ghosts, sinister dolls, killer dwarves, you name it, this one has it (*note- this book is a reprint of Golden Age stories, that explains all the pre-code talk!)! Credits include- Joe Simon, Jack Kirby, Jerry Grandenetti (cover), Bruno Premiani, Leonard Starr, and more! Enjoy!