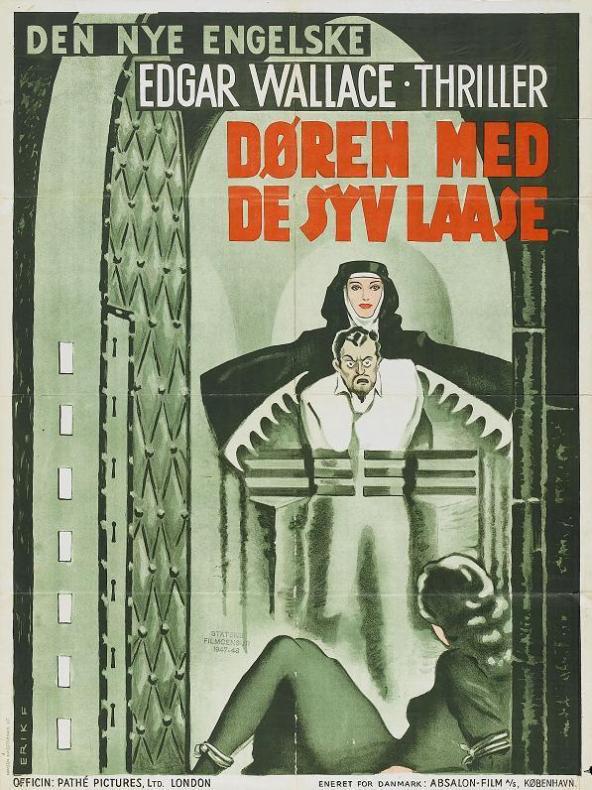 Title: The Door with Seven Locks 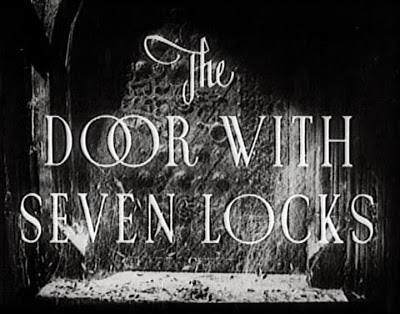 Hey folks! It’s nearly the last of the month, and I’m back with another movie review! When I set out to do movie reviews, I wanted to cover every good classic horror and sci-fi film I’d ever seen. I discovered that’s going to take a long time, but also I’ve discovered a few new ones along the way, like this one! Not many people outside of the United Kingdom will probably think of films of this genre produced there in the 1940s, as the Universal Studio films were dominating throughout the previous decade (and into the next).. But those who do that, will miss some absolute classic films that deserve your attention.

This little film doesn’t have any familiar faces/big names (to me), but that doesn’t hold it back one bit. A thriller with all sorts of intrigue, murder, torture, etc., will have you on the edge of your seat! Alright, let’s get down to the story… 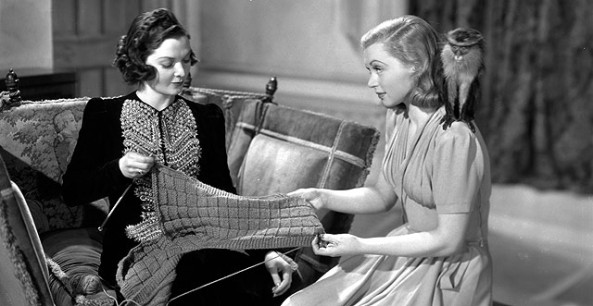 The film opens at a mansion, with an old man in bed, apparently near death. Dr. Manetta (Leslie Banks– “The Most Dangerous Game”), tries to tell Lord Charles Francis Selford (Aubrey Mallalieu) that he’ll make it, but Selford knows his time has come. He announces to those present, that the majority of his fortune will go to his young son, John (Ross Landon). The other people in the room seem put off by that statement, but Selford doesn’t seem to care. He then reveals a box, which contains seven keys, and tells those in attendance that he’s appointed Edward Havelock (David Horne), as trustee of his estate. He says that in the event of John’s death, everything goes to June Lansdowne (Lilli Palmer – above right), his cousin. The keys are to be separated and are needed to open the seven locks on his tomb, which coincidentally is full of jewels!

Soon after, Lord Selford dies, and is buried. The keys are removed from the door with seven locks. Ten years pass, and we see Luis Silva (one of the men present during Lord Selford’s death scene- J.H. Roberts) writing a letter, but he’s interrupted by someone unseen. We next see him in an institution, and after others leave the room, he leaps up, and writes a letter to June, and throws it out of the window. A couple of delivery boys pick it up and take it to her home. One of the keys for the door with seven locks is inside the letter,  and he tells her to come to the hospital. Her roommate, Glenda Baker (Gina Malo) listens as June tells her about the key and letter. Glenda thinks Silva is just some old pervert that’s trying to hook up with June, so she tells her she wants to go with her to keep an eye on things. 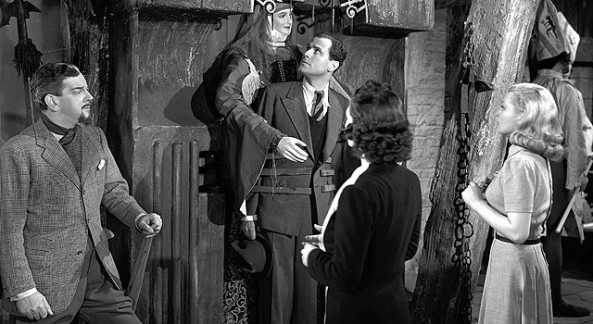 June arrives and is taken to Silva’s room by an orderly. Once inside the room, the orderly and a cop plot to try to get some info from the conversation the two in the room are about to have. As the two talk, we see that someone is peeking through the eyes of a painting on the wall. Just as Silva is about to tell her where the other keys are, a secret panel in the wall moves slightly aside, and a pistol fires a shot (silenced) at the old man. June calls for help, and when she reaches the hallway, a woman asks her what she’s doing. She explains, but the woman tells her no one has been in that room lately. As the two go back in, the body is gone. The two women argue over the validity of the situation, and then June runs to the police. 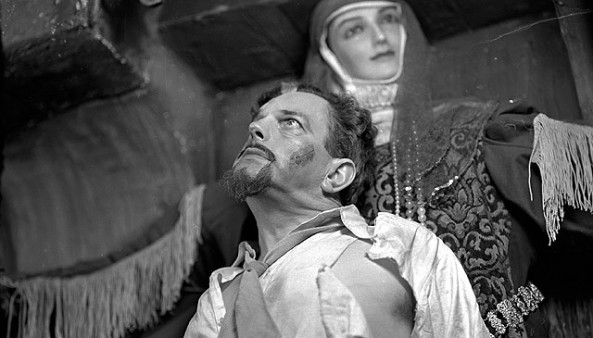 At the police station, we see Inspector Sneed (Richard Bird), and Dick Martin (Romilly Lunge), talking as Martin has resigned and is leaving the police force. Just then June and Glenda run in to tell the story of their wild afternoon. Sneed and martin are skeptical, but seem to think there might be something to this story, so they agree to check out her story. Martin agrees to stay on a bit as an advisor (at this point it seems only because of an attraction to June). Glenda, June, and Martin return to the girl’s apartment, and find a burglar inside. Martin attacks him and the two fight. The “cop” from the nursing home scene then sneaks up behind Martin and knocks him unconscious. The girls hear the fighting stop, and see Martin on the floor. Eventually he comes to and they make an appointment to see the executor of the estate. The man thinks he has six of the keys but when he looks into the box where they are kept, he finds them missing! 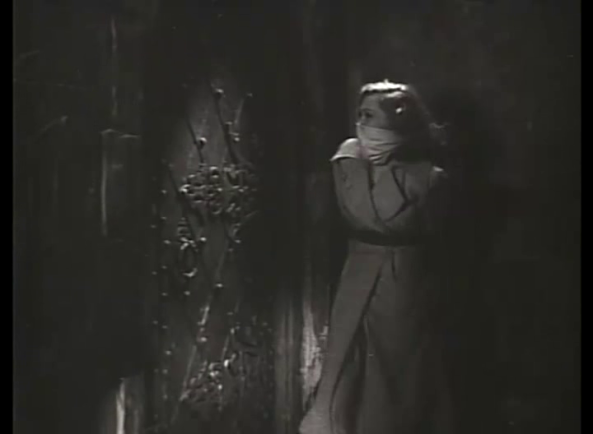 Now we understand why person or persons unknown are trying to kill June and get the last key! Will they succeed and get the jewels or will Inspector Sneed and Martin be able to stop them?!?! 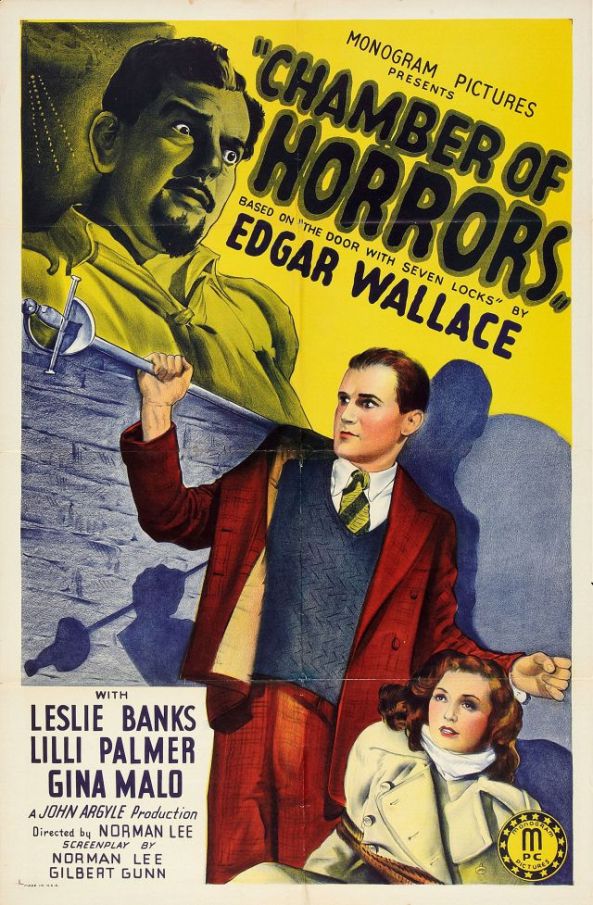 This neat little film might not have any of the industry giants from the horror/thriller genre, but it does have a certain charm about it that makes it a winner. The sets are incredible, the mood and atmosphere are great, and the acting very good. The only scene that seemed a bit lame was the fight scene between Martin and the burglar.

There are a few humorous moments that break up the darker ones, and they are well placed and hilarious, even by today’s standards. Slightly sexist, and stereotypical, but funny nonetheless especially when you consider it was 1940. The musical score was just slightly above average I’d say, but doesn’t bring the film down in the slightest. And not to be forgotten, Lilli Palmer is stunning in this film (image below)!

Get out there and grab this flick because it is more than deserving of a viewing! 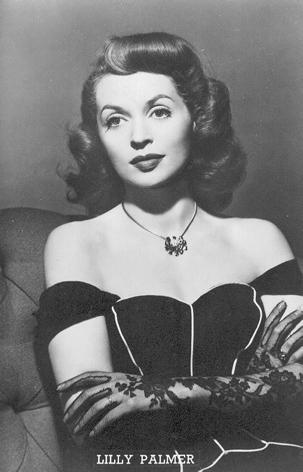