Certain names in the comic book industry invoke thoughts of titles. Any classic comic book reader will tell you this is true. A character like Kull will always make me think of Robert E. Howard. This man had a very short time on Earth, but the impact he left is still being felt today. But I digress…King Kull is a pre-Conan era (or Pre-cataclysmic Age) character that ruled the kingdom of Valusia. He’s sort of like Conan in the fact that he loves battle, but he’s also more intelligent about when there is a need for battle and how to strategize for it as well. He also has a confidant named Brule. Brule is a member of the Pict society, and a fierce warrior that will do anything for his friends. In this issue, Kull is about to be attacked by his own people, who are under the influence of an ages old foe…Thulsa Doom!

Mike Ploog is one of those creators that has done such incredible work during the Bronze Age, that his name will carry on for decades. Of course, Werewolf by Night, Frankenstein’s Monster, and Ghost Rider are the big names, but don’t sleep on his other work for Marvel comics. A short run on this title is all the proof you need to realize there is more out there! Writer/editor Roy Thomas (original story by REH), art by Mike Ploog, colors by Linda Lessman, and letters by Artie Simek! 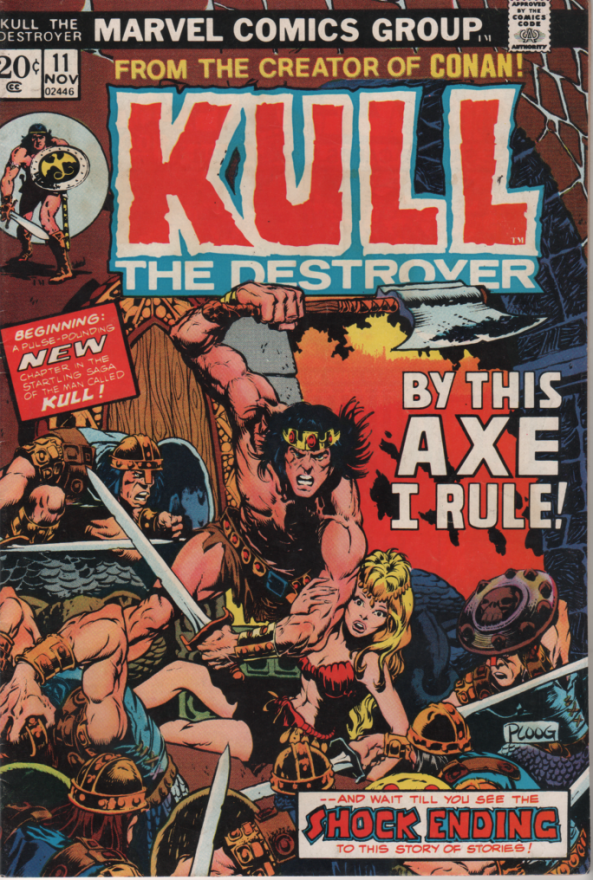 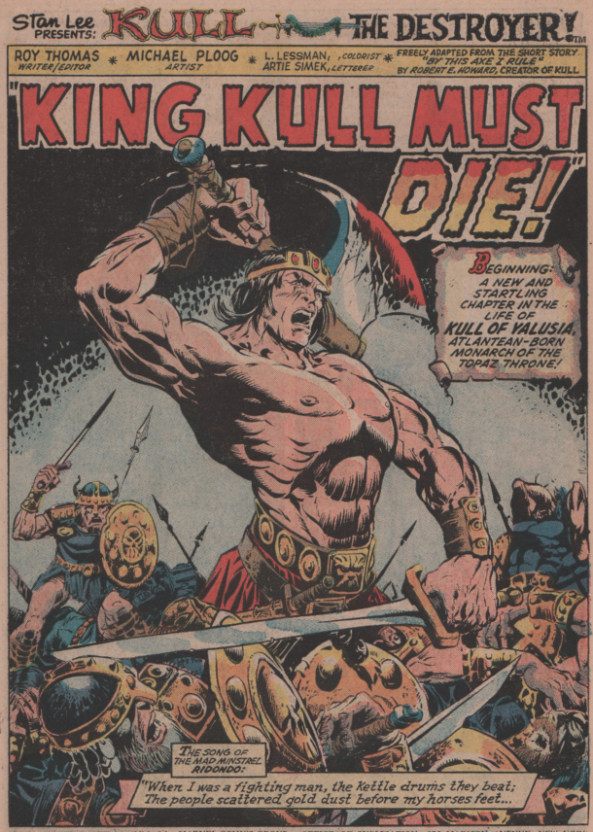 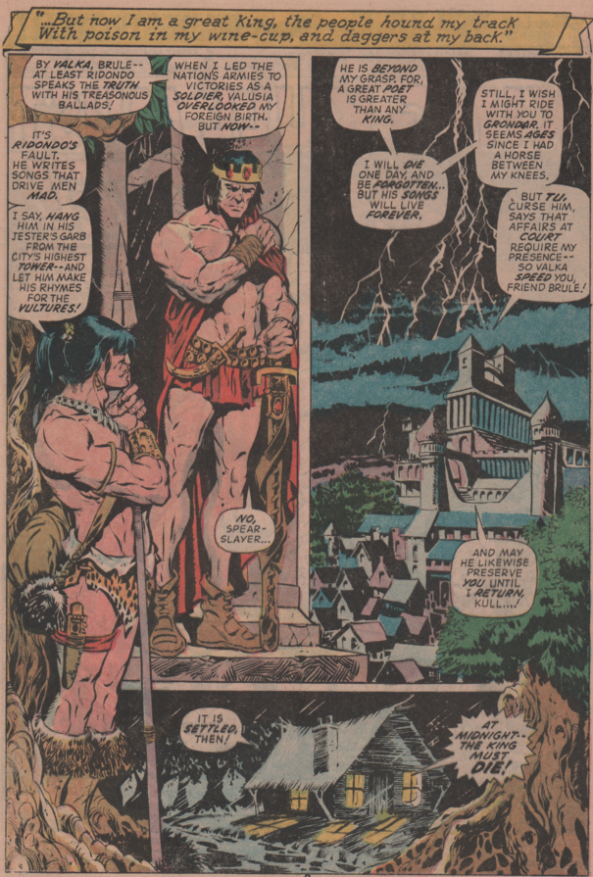 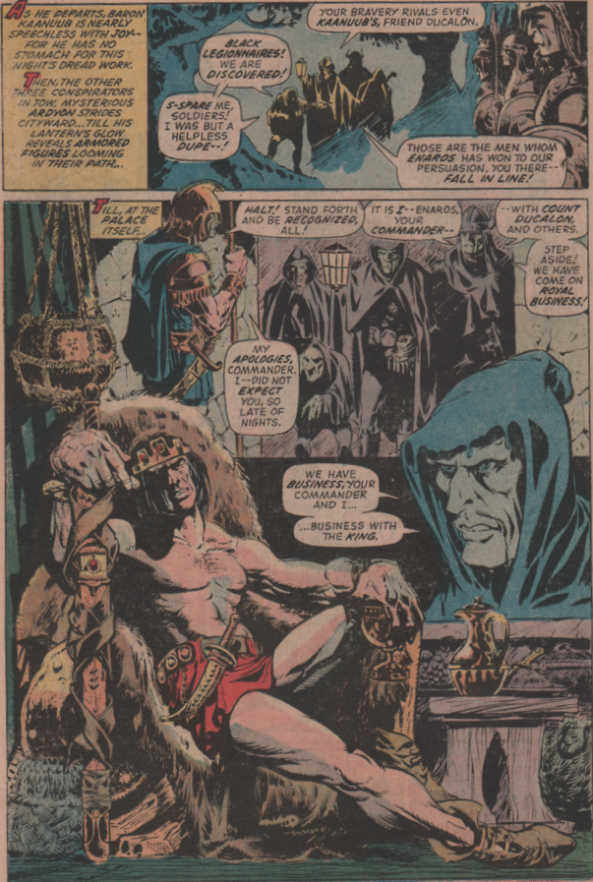 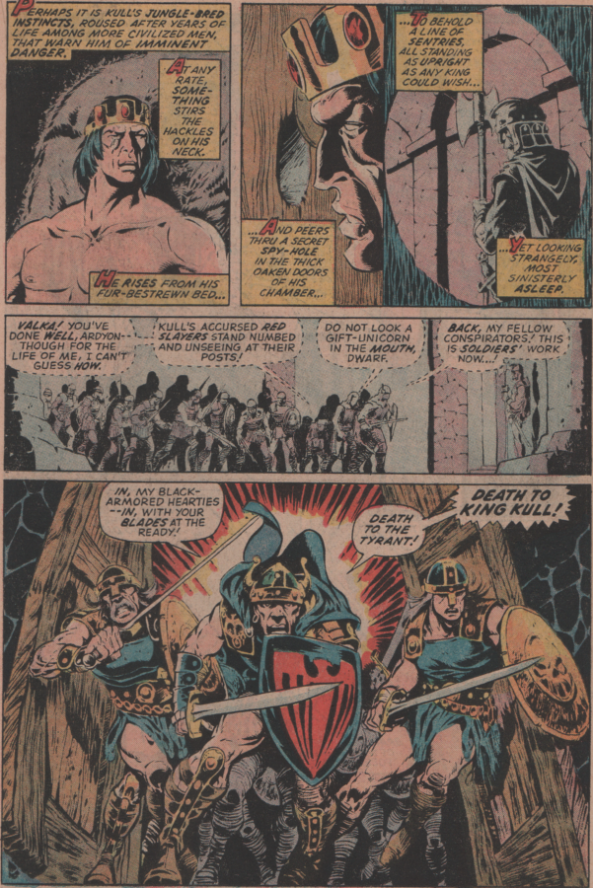 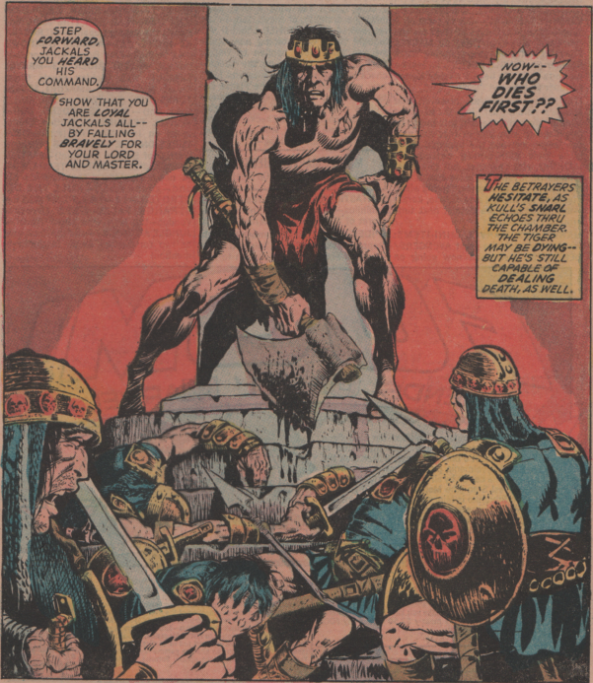 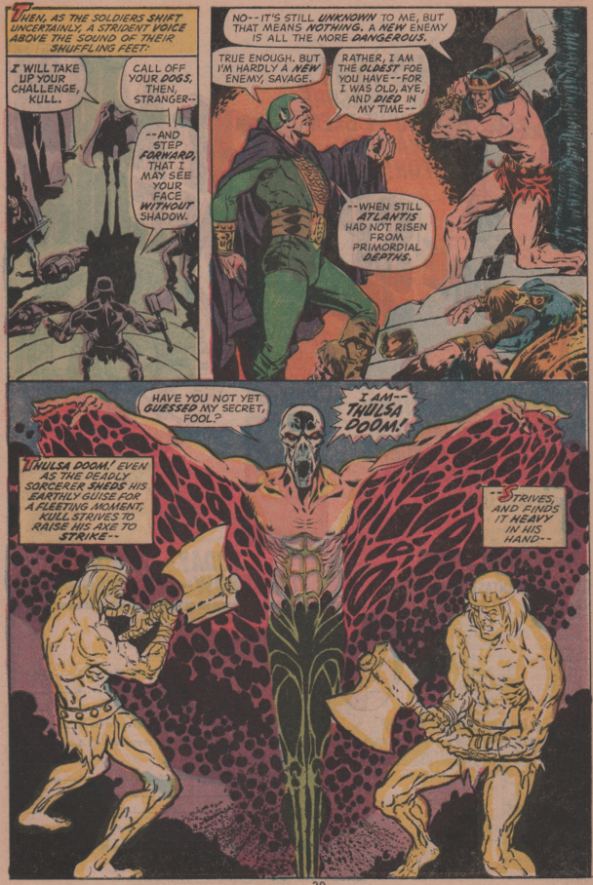