Contrary to the opinions of some, there a few decent comics books that were published after the 1980’s. Don’t get me wrong, I love the Bronze and Silver Age as a whole, much more than anything that’s come after, but there are some diamonds in  the rough, you just have to find them! Case in point, this 2011 offering from Marvel that features a story that Roger Stern wrote many years before, but it was never published. In this story, we see just how the old Doc took up residence on Bleeker street in NYC! At one time the house was considered haunted, and that’s why no one would live there. It just so happens that the Doc has just returned from doing some traveling, and learned a few tricks of his own!

The story from Roger Stern (plot aid from Joe Edkin) is a great one, and really seems like one that you would’ve read back in the Bronze Age. Artists Neil Vokes (pencils) and Jay Geldhof (inks), give us a spectacular job rendering the Doc, and all the demons inside the house! Not to be outdone is colorist, Lee Loughridge, who adds some eerie tones when needed, but also some bright tones that pop very nicely in the more brightly lit panels. A few really good black & white flashback scenes are the icing on the cake! Throw in an awesome cover by Mario Alberti, and you’ve got a gem that must be sought out by any fan of the Sorcerer Supreme! Enjoy and Merry Christmas! 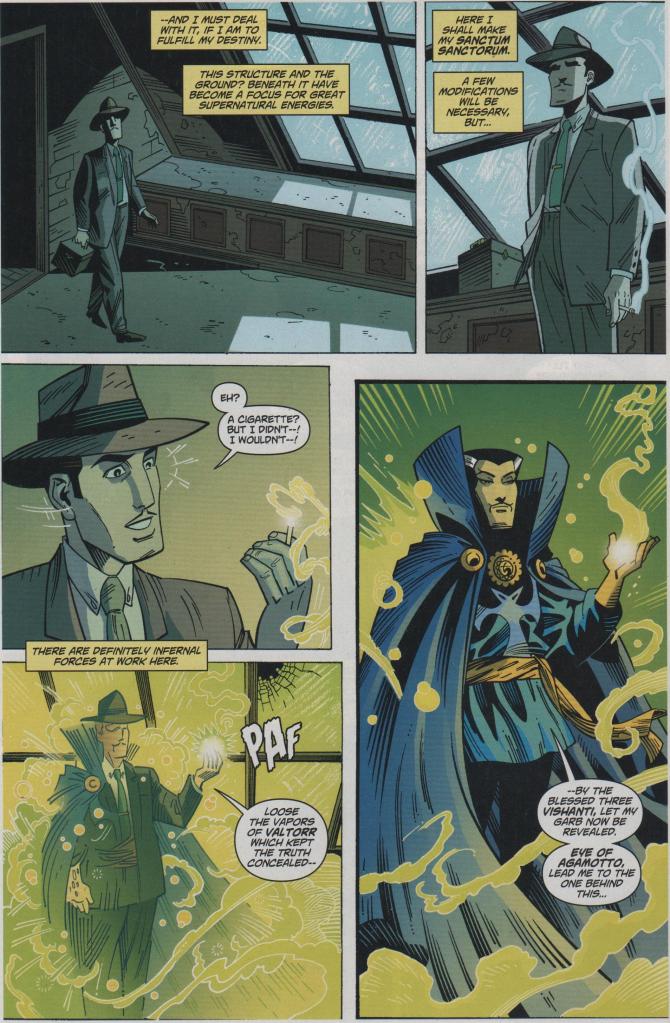 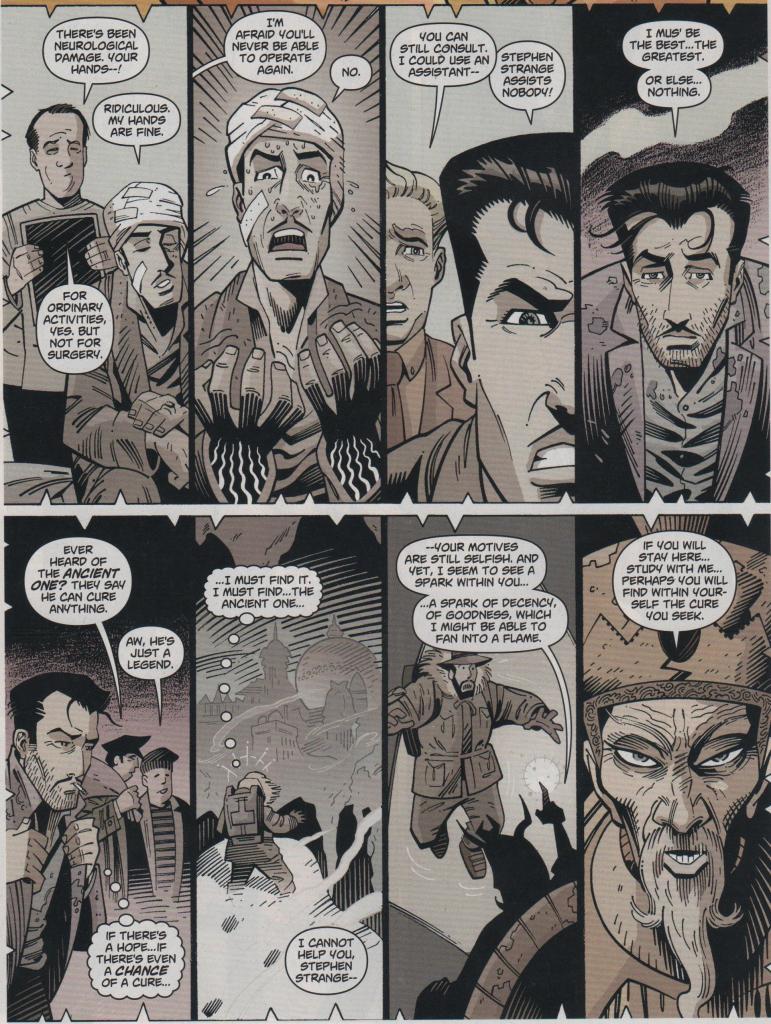