A title that gets barely any attention but really resonates with me is Marvel Fanfare. I’m typically not a big anthology book guy, but this one always intrigued me. More often than not, you got solid creators, great characters, and some awesome wrap-around covers! The stories also seemed to be quirky in some way, but not off-putting in any way. Take this issue for example. You get two stories, the first being a Dr. Strange and Clea adventure, as Nicodemus has returned, and threatens to usurp the Doc as the supreme magical being in the universe! The second tale is one that shows Cap and Bucky in a battle during WWII. Not your typical battle though, and by the end, we get to see Cap in a Nazi uniform beating on a Nazi wearing his costume!

The cover is one that is fascinating, and we have Marshall Rogers and P. Craig Russell to thank for that! Both men have worked on the character of Dr. Strange before, and this is another feather in their caps! The story about Dr. Strange features Chris Claremont (writer), Rogers and Russell on art (pencils and inks, respectively), Bob Sharen (colors), Joe Rosen (letters), and Al Milgrom (editor, both stories). The Captain America story has “Ramblin'” Roger McKenzie (writer), Luke McDonnell (pencils), John Beatty (inks), Glynis Wein (colors), and Diana Albers (letters). Get to the shop and grab some issues from this series, you wont be disappointed! 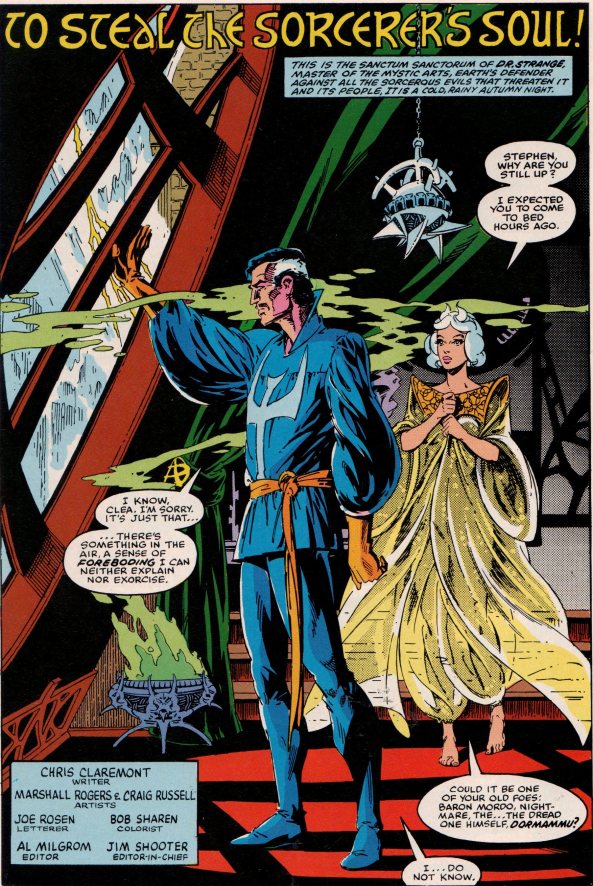 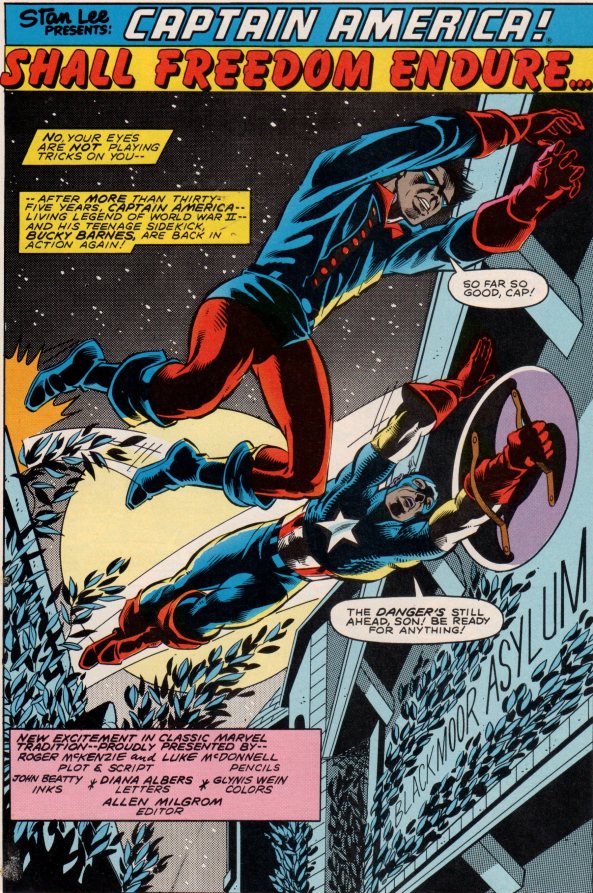 This issue holds a ton of sentimental value for me. It was the first Doctor Strange comic I bought back in the day, and it blew me away. I always thought the Fantastic Four was a good team, so when I saw them on the cover, that was enough to entice me into buying the issue. Marvel using guest appearances wasn’t new, but this story had a twist. The Doc traveled back in time to check something out, and wound up witnessing the FF battle the “Pharaoh from the Future,” Rama-Tut. Now today, we all know that Rama-Tut, Kang, and Immortus are all the same man, just at different points in his life. This character is one that I absolutely love, and for a myriad of reasons. First, he’s ruthless, and will do whatever it takes to get the job done. Secondly, he’s taken Thor’s best shots, and still keeps coming back to get what he wants. And, well, you get the picture. I’m in love with rapacious conquerors!

The title had recently taken a turn with its creative direction, and who better than to usher in something new than Roger Stern (writer), Marshall Rogers (pencils), Terry Austin (inks), Jim Novak (letters, and a hold-over from the last team), and Al Milgrom (editor)! This new group set out to do something totally different, and they sure made good on that! The first thing they did was to have Clea dump the Doc! Now, it’s time for you to enjoy some great work by the creators! 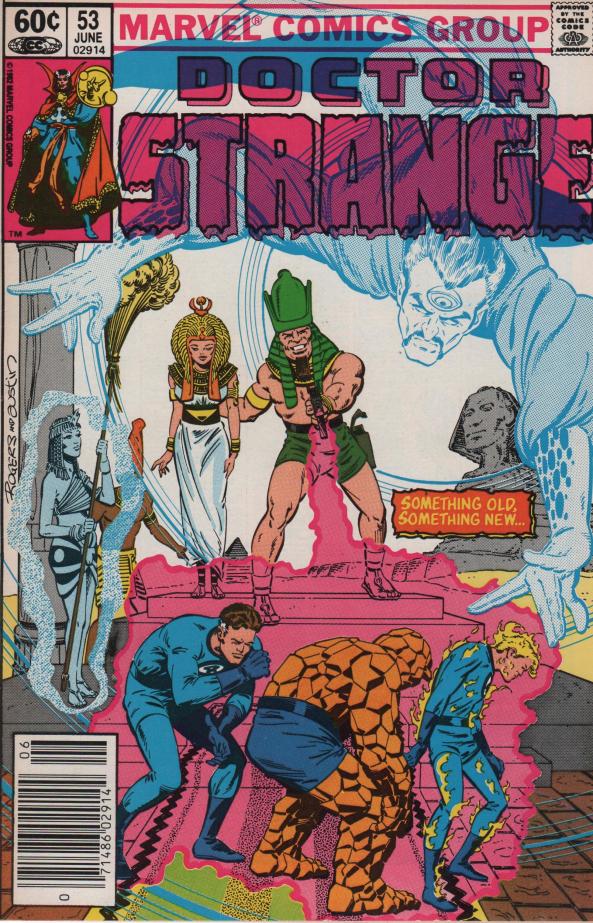 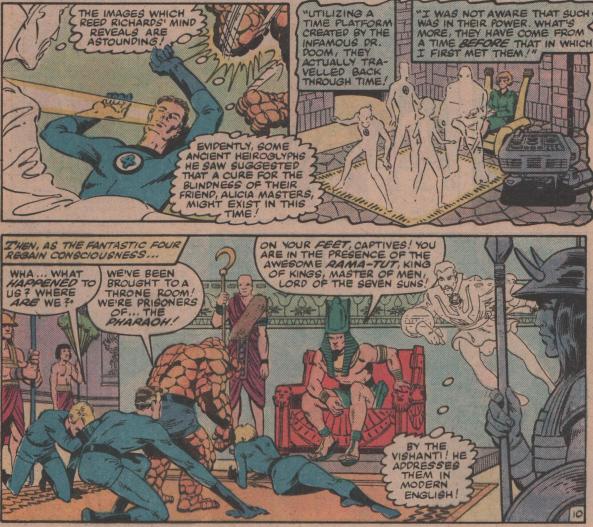 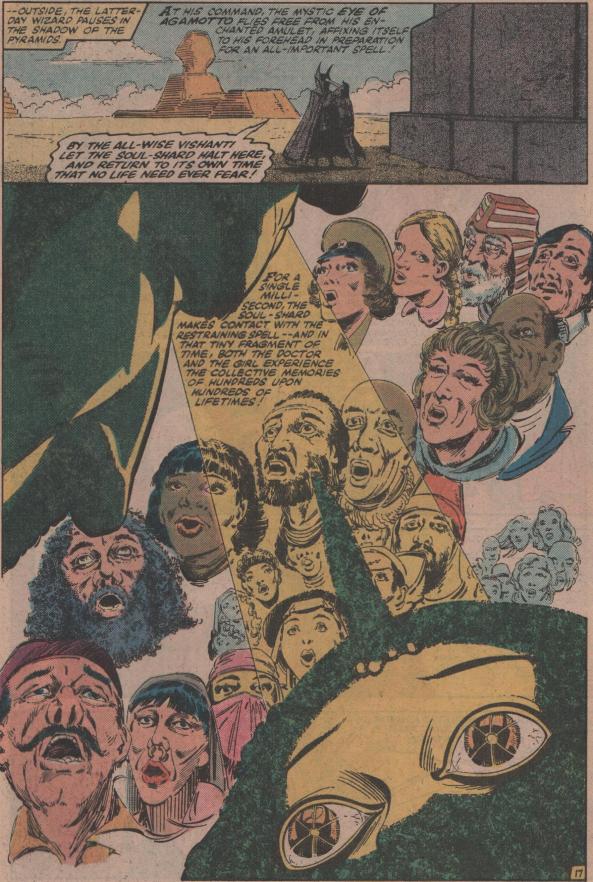