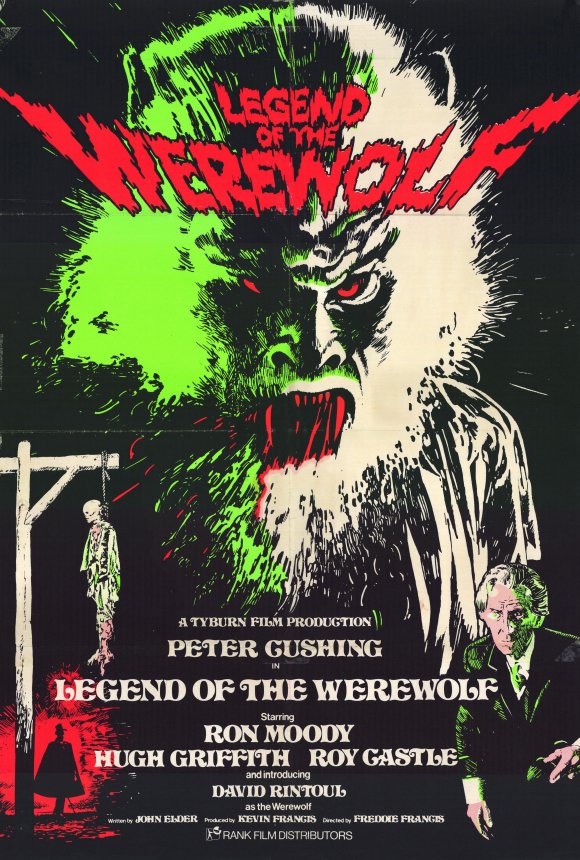 Title: Legend of the Werewolf

He we are with another werewolf film, but hey, that’s never a bad thing! This little film is from a small studio that was kind of like a little brother of Hammer Studios. It never really got far off the ground, but they did produce a couple of films (last week’s “The Ghoul“) that I thought were worth mentioning. The company missed the boat so to speak with the horror genre slowing down considerably  by the mid-1970’s, but make no mistake, this one is worth watching! Let’s get on with the show!

As the opening credits roll a voice (Peter Cushing), tells a story of how some European families were forced out of their homes. As they journeyed through the woodlands, sometimes they were subject to attacks by wolves. A woman among the crowd bears a child, but shortly after she does, a pack of wolves attacks her and the baby’s father, killing them. Instead of eating the baby though, the wolves raise it as their own.

Fast forward a few years, and a traveling circus is rolling through the forest. They stop at a road sign, but then see a corpse hanging from a tree. It scares the helper ( a guy to do the heavy lifting), but the owner of the circus tells him to ignore the warning, and go look for some food. The man (Norman Mitchell) takes his rifle, and heads out into the forest. He sees a rabbit, and attempts to eye up his target. Just as he does, a small boy, running like an animal, grabs the rabbit, breaks its neck, and begins to eat the animal. The hunter gets mad that his super has been eaten, so he yells at the boy. The boy runs away, but before he gets too far, the hunter shoots him. He then carries the boy back to camp. 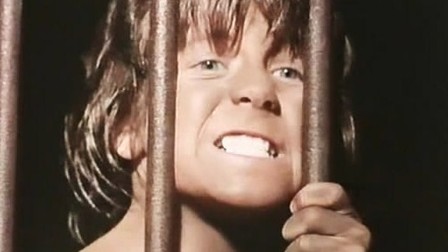 Once they’re back at camp, the helper tosses the boy into a cell, and the owner (Hugh Griffith) decides to use him as the main attraction of the circus. This “wild boy”, is his only hope of making some money. The next day arrives, and the “show” must go on. The first act is a dog…that walks on its hind legs. The second act is a woman whose entire body is covered in tattoos. She looks to be about 75 years old…yeah. As the crowd gets restless, the circus owner creeps back behind the cage, and pokes the boy with a knife. This causes him to go wild, and try to tear the cage apart. He becomes the star attraction, but eventually grows up and becomes a normal young man. Thus his usefulness is gone.

One evening, some wolves are howling nearby the camp, and the head honcho orders the muscle to go out and shoot them before they make trouble. As he does this, Etoile (David Rintoul), who’s now grown up, begins to show signs of a condition. As the wolves howl louder, he gets hairier. We then see something prowling around, and we see through its glowing red eyes, it locates the goon with the gun. It savagely attacks him, killing him on  the spot. Etoile is horrified by the events, and quite confused, so he runs off. 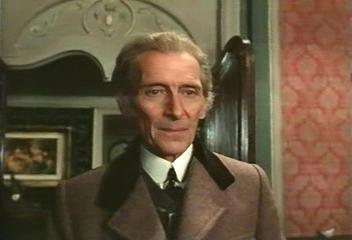 After a few days of running, Etoile finally comes upon a city. He walks into the local zoo, and befriends some of the animals, but especially the wolves. The man who runs the zoo (Ron Moody) sees the man has a way with animals, so he agrees to hire him to help out (room & board, but little pay). Etoile agrees to take the job, and starts right away. He shows some “ladies” around as they eat lunch. He eats with them and discusses his new job with them. He takes a liking to one of them named Christine (Lynn Dalby), and they laugh because Etoile isn’t aware that the zoo is right next to a brothel, where the girls “work’. 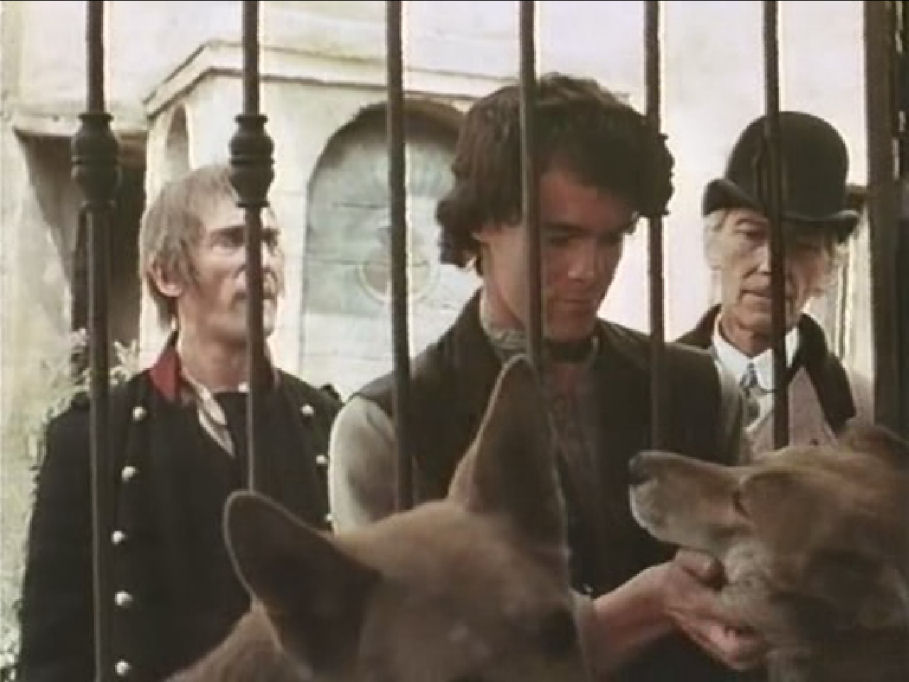 Later, a few kids wander in to the zoo, and begin to throw rocks at the wolves. Etoile sees this, and savagely attacks them, but he’s able to control himself enough, that he doesn’t do any real harm. The zookeeper returns from his martini lunch, and tells Etoile that he did a good job. Switch scenes to the local coroners office and a man, Professor Paul (Peter Cushing), is examining a murder victim. He talks with a policeman, Max Gerard (Stefan Gryff), about this case. Later that very evening, Etoile, heads over to Christine’s place of employment, and asks to see her. The Madame (Majorie Yates), tells him to get lost, and he doesn’t understand. He does however hear Christine laughing above in her room. He climbs up to see what’s going on, and sees her entertaining a “client”, and gets so furious, that he begins to change into the wolf. He smashes through the window, and begins to throttle the older gent. The Madame bursts into the room, and hits him over the head, knocking him for a loop. It is now, that Etoile finds out that Christine is a hooker, and it breaks his heart.

After a quick shouting match between the two of them, Etoile seems to be very upset with her, and almost enough to hurt her. He instead turns his anger on the locals, and begins a siege of murder that has everyone perplexed. Everyone except Professor Paul, and he believes a wolf is responsible for the murders, but even he begins to wonder if something more sinister is afoot!

I’ll stop here to not give away any spoilers, but rest assured that the body count rises, and Etoile eventually meets up with another movie legend…Michael Ripper (image above)! 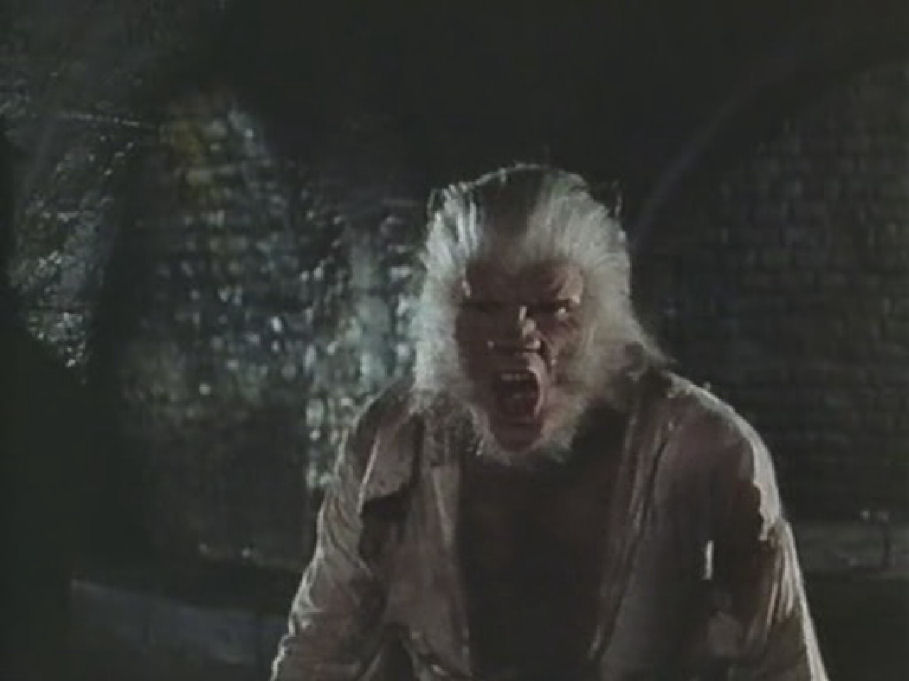 This film isn’t on par with Hammer Studios “Curse of the Werewolf“, but only because Oliver Reed was so strong in that one. Otherwise, this is a pretty good knock-off of that film. Cushing takes command when he appears, as he does in most films he’s in, and that’s something that puts the viewer at ease. You don’t feel as sorry for the wolf/man in this film like you do in “Curse” either, but that’s due to the murders being so bloody and of very high frequency. Of course, there are other inconsistencies and loop-holes with the story, but overall, it’s entertaining enough.

The special effects were above average, and gory (for that time). When the werewolf attacks his victims, you see close-ups of him biting the people, and tearing at their throats. Bloody mouths shots, and throats shots full of blood and torn flesh, are plentiful and add some good shock to the film. The sets are good, and definitely resemble a Hammer flick. The soundtrack needs some help, but does have a few good moments. The camera work is also decent, and is actually above average at some spots.

If you see this one floating around the interwebs or on T.V., give it a look. Let’s be honest, see it if for nothing else other than Peter Cushing and a gruesome werewolf. Those two things are always worth the time!