It’s always cool to get a good deal on a comic/magazine. It’s even better when it’s a “Pulse-Pounding First Issue!” Admittedly, this post is sort of a continuation from last week, as the back up story in this magazine is the next chapter in the comic book life of a certain monster hunter. But that’s for later, as first, we must see what’s going on in the life of the Jade Giant, The Hulk!

The firs story in this incredible mag is a tale of the Hulk and Rick Jones, as they investigate an alleged flying saucer in Spain! We actually get a re-telling of the Hulk’s origin first (in a couple of glorious pages), then the main story. We see everything you could want in this one. Betty, Thunderbolt Ross, Rick Jones, The Gargoyle, an alien and of course the Hulk (and puny Banner)! This one has a good story by Doug Moench, and incredible artwork by Walt Simonson (pencils) and Alfredo Alcala (inks)!

The second tale involves that monster hunting madman, Ulysses Bloodstone! Last week’s post familiarized you (hopefully) with the character, now see him in all his glory as he battles aliens that have come to…do…something! No, really, it’s more of a continuation of his search for answers, and then being attacked by a giant lizard creature and his old nemesis,  Ulluxy’l. Special guest appearance by Killer Shrike! Written by John Warner, art by “Big” John Buscema (breakdowns) and Rudy Nebres (finishes)! The incredible cover is by Ken Barr (one of the best painted covers of the entire series!). 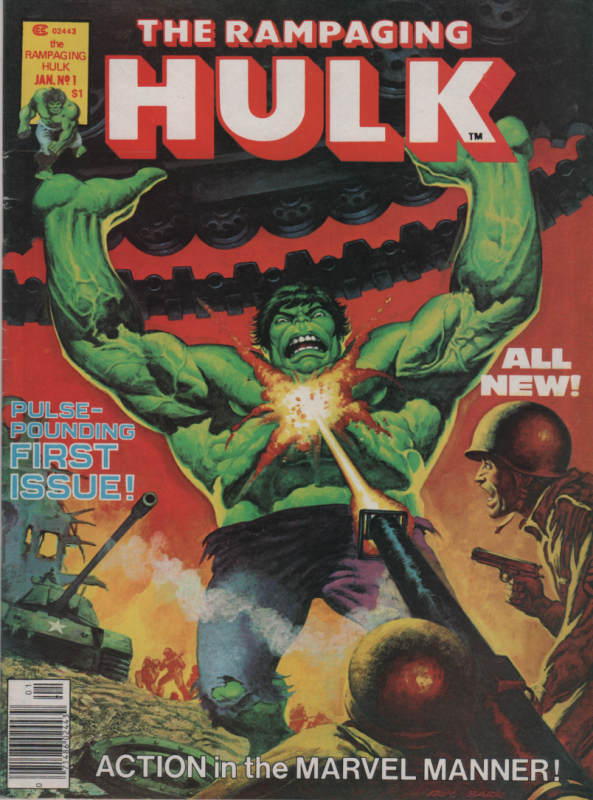 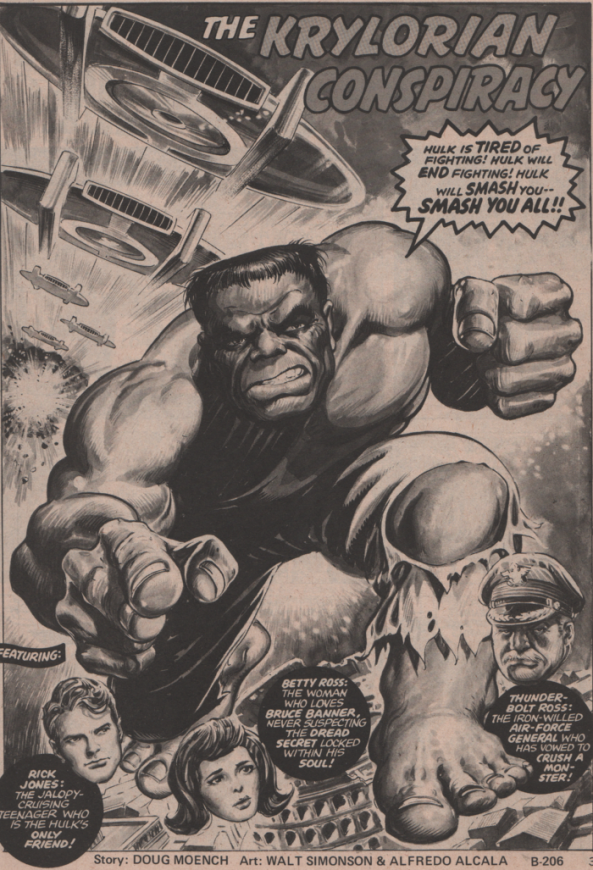 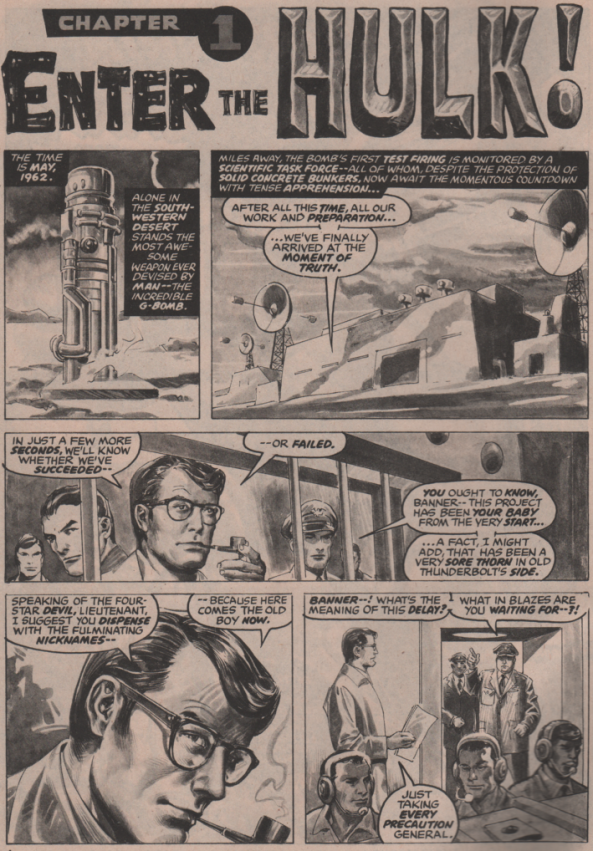 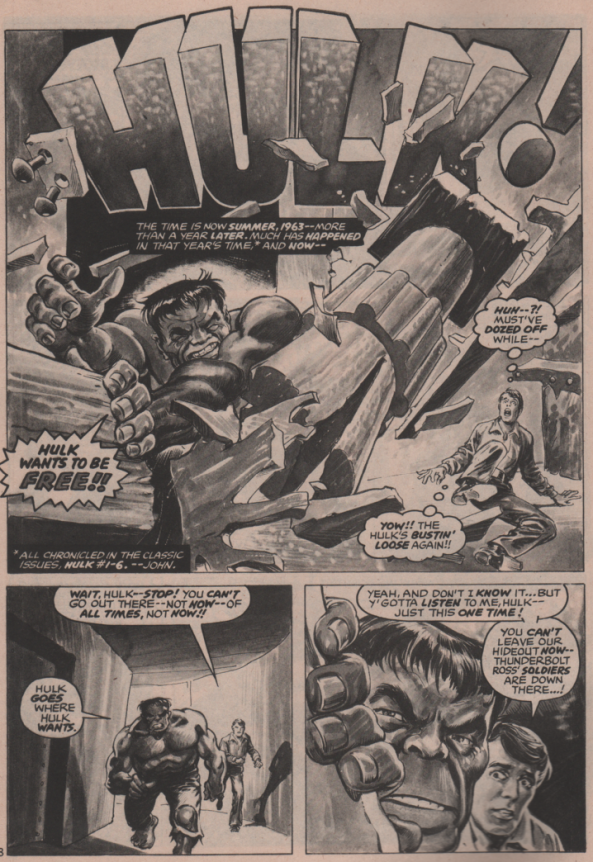 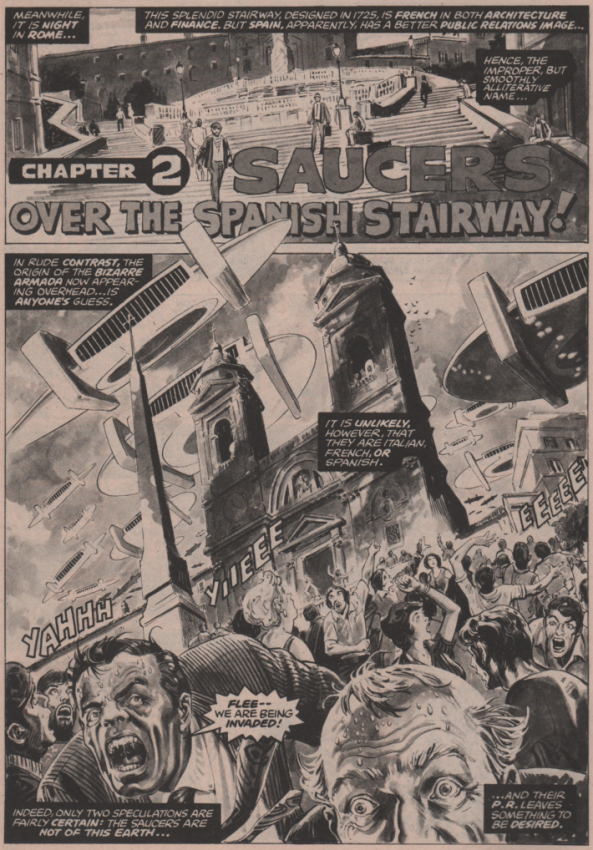 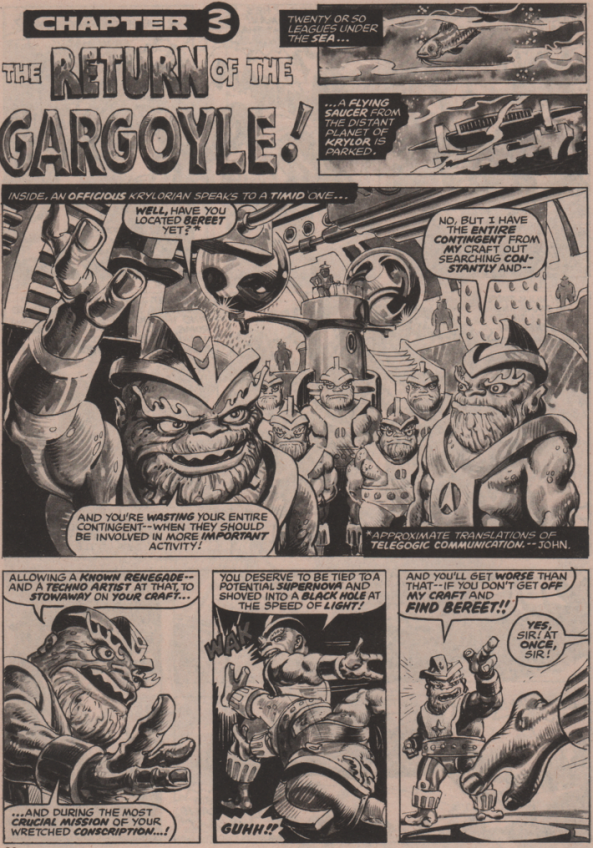 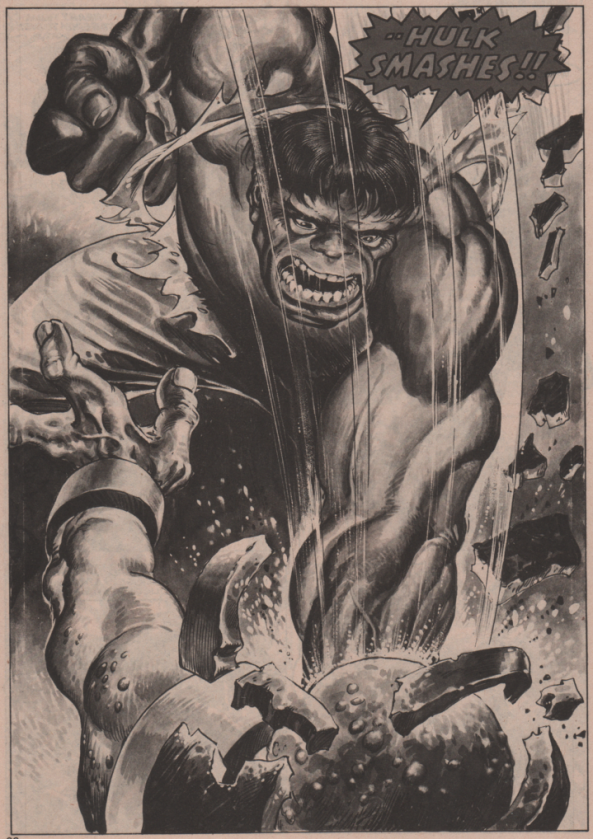 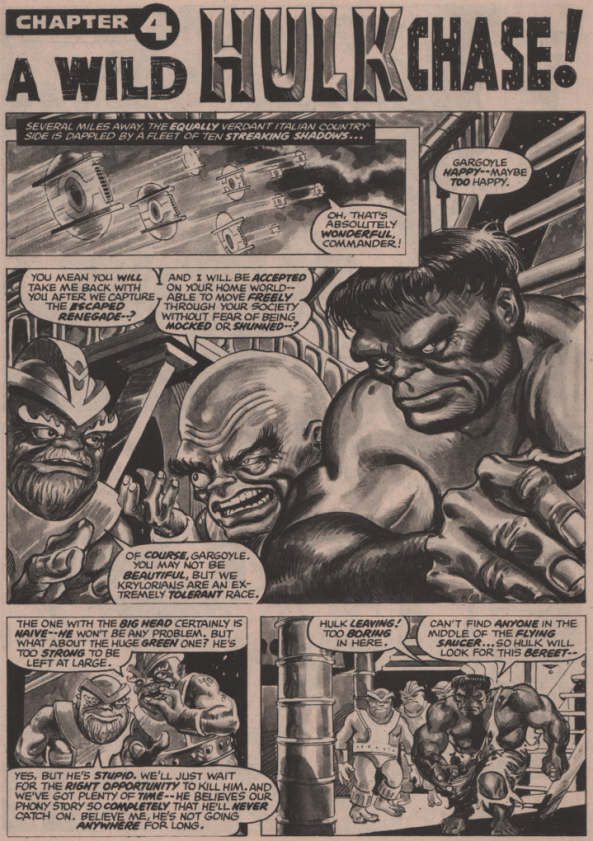 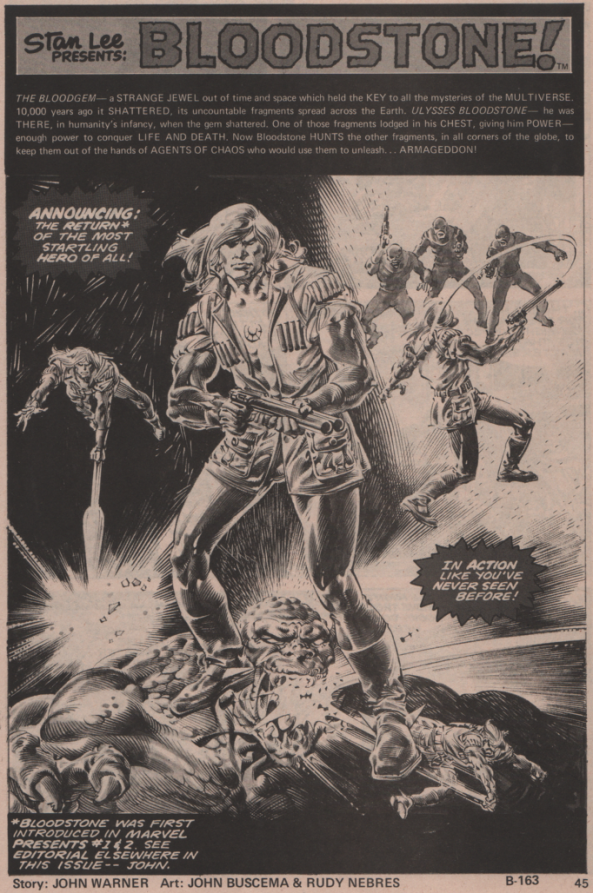 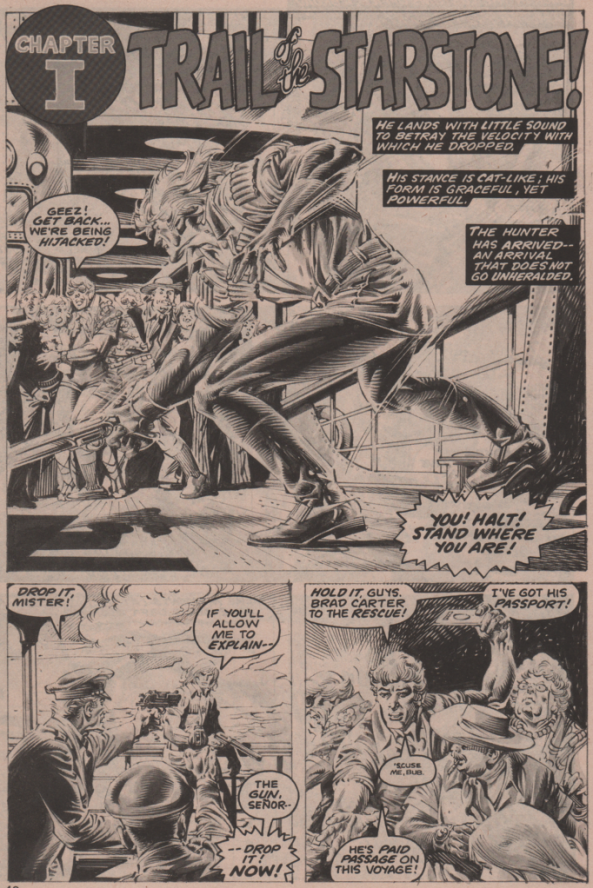 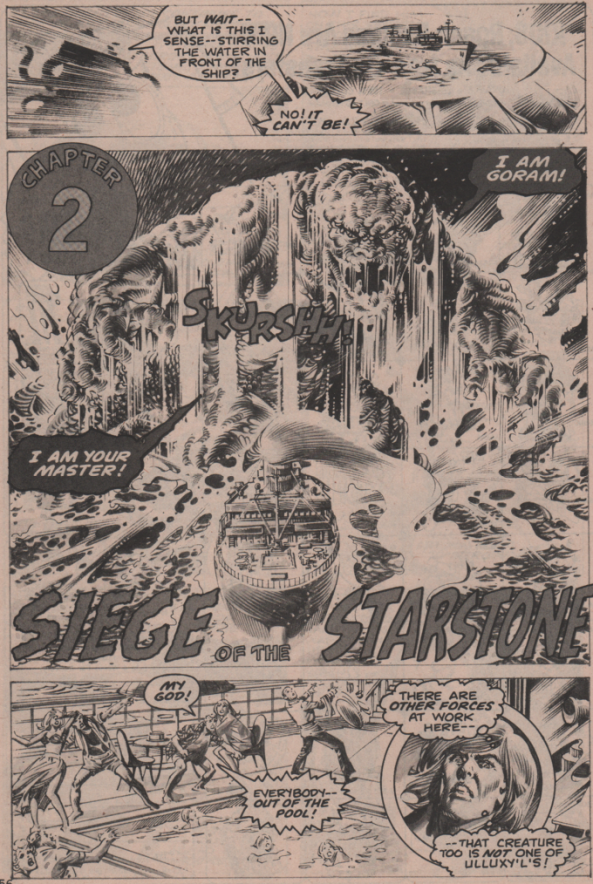 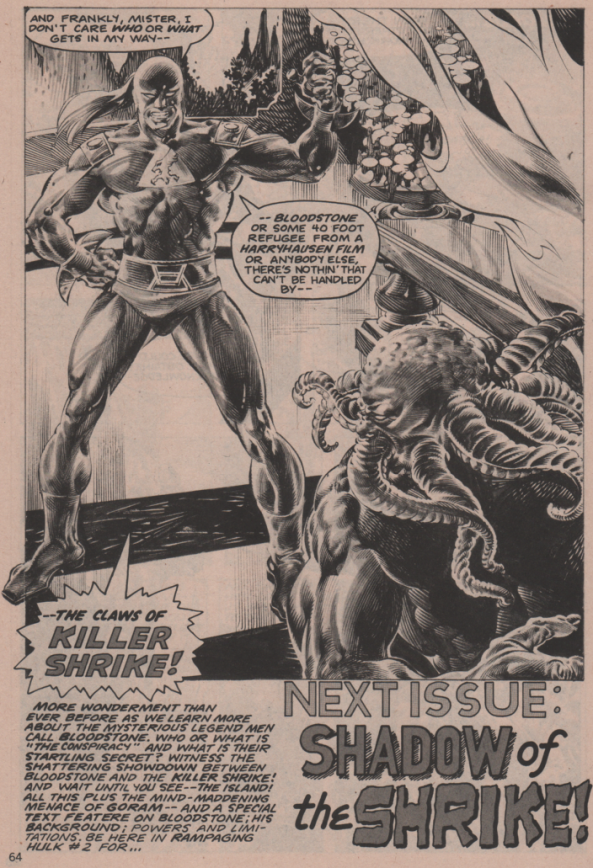 The 1974 volume of Dr. Strange is nothing short of fantastic. When you look at all the creative titans on that series (Steve Englehart, Frank Brunner, Marshall Rogers, Jim Starlin, Paul Smith, Sal Buscema, Gene Colan, etc.) it cannot be denied. There are three specific runs though that really highlighted what Doctor Strange is really all about. The magic, mayhem, his relationship with Clea, the insane and arcane forces that he must deal with that others  do not even know about or can’t even comprehend. The first one of them that I want to spotlight is the Roger Stern & Tom Sutton issues (#27- 30, 33-35)! These two gentlemen really show the qualities that a creative team must be able to relay to the readers. Sutton’s artwork is nothing short of unbelievable, and paired with Stern, the two really were a great follow-up to the previous direction. Kudos must also be given to Ernie Chan, for his great job inking as well! So, now, let’s get ready to check out some of the best stories that these two guys put forth! Enjoy! 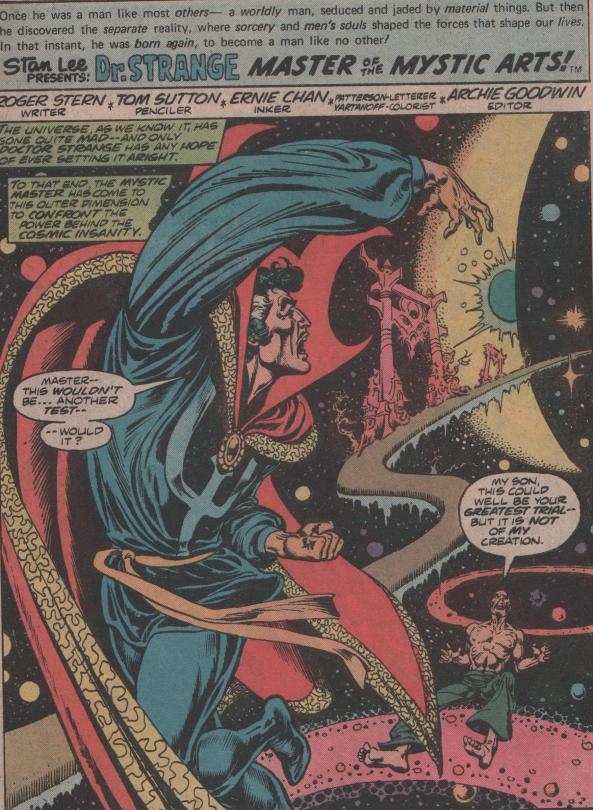 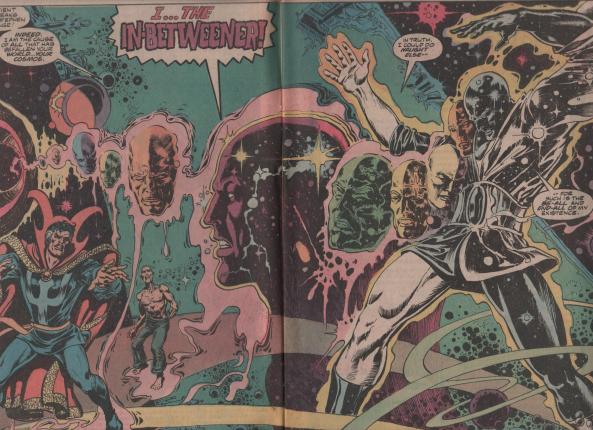 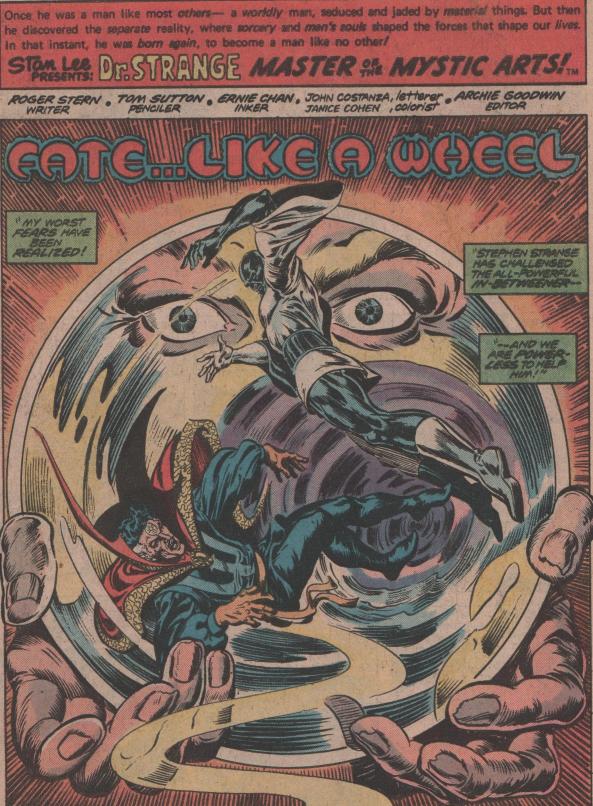 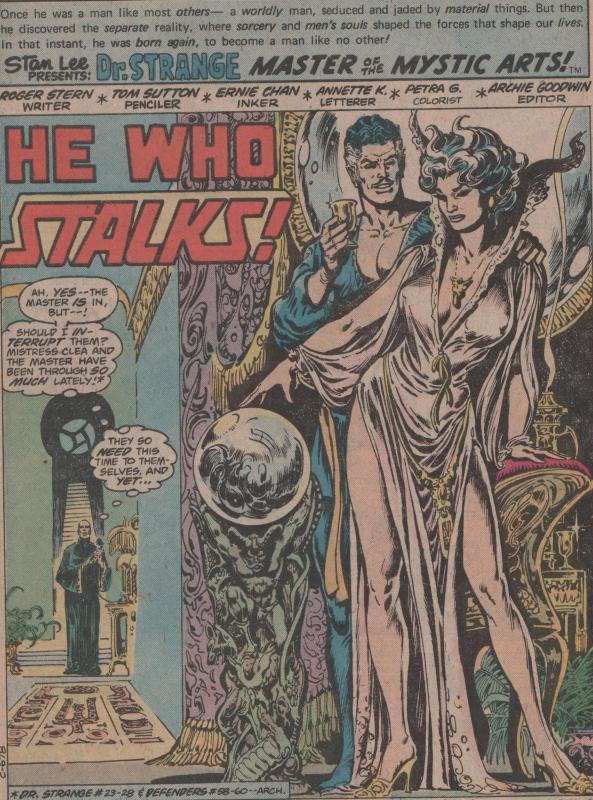 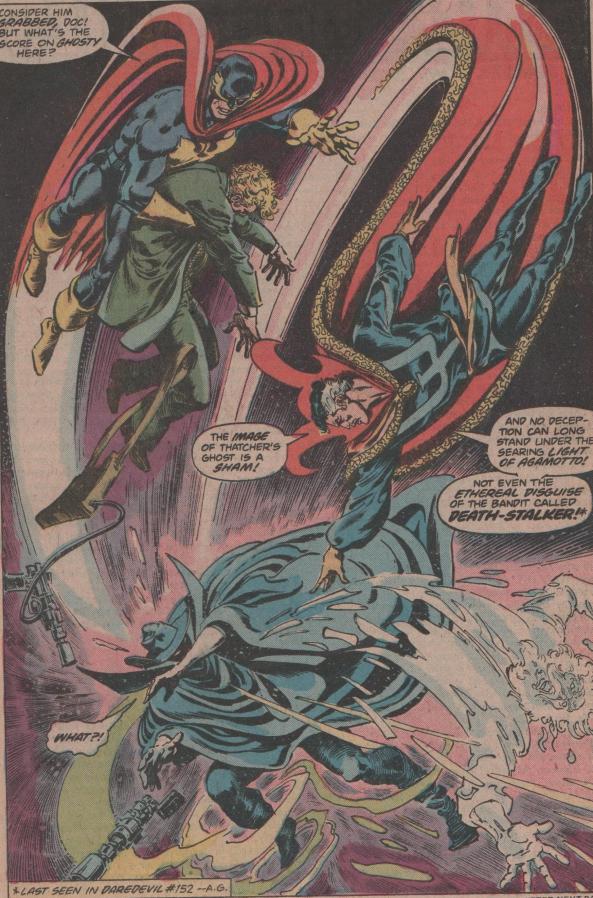 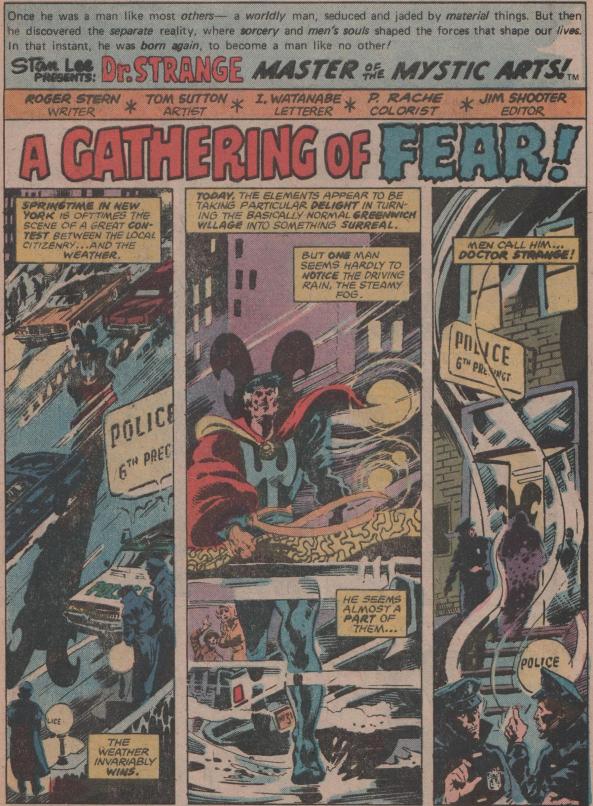 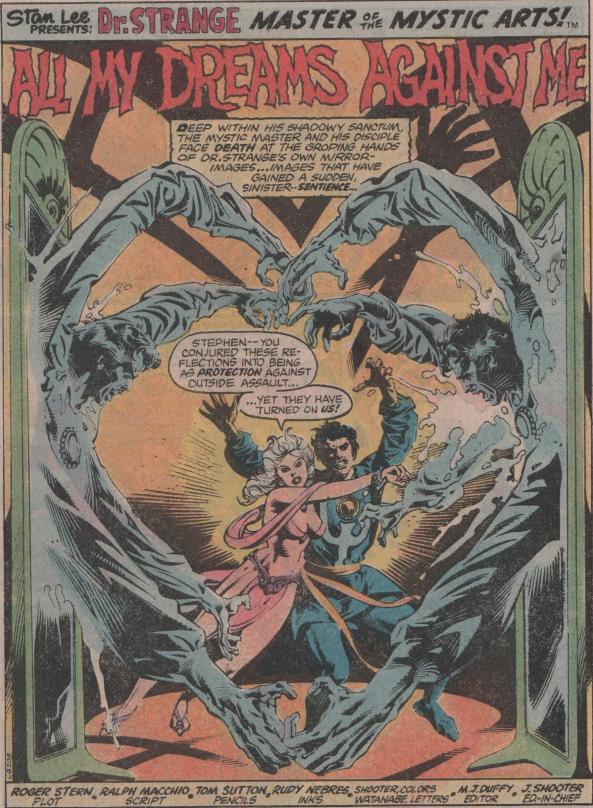 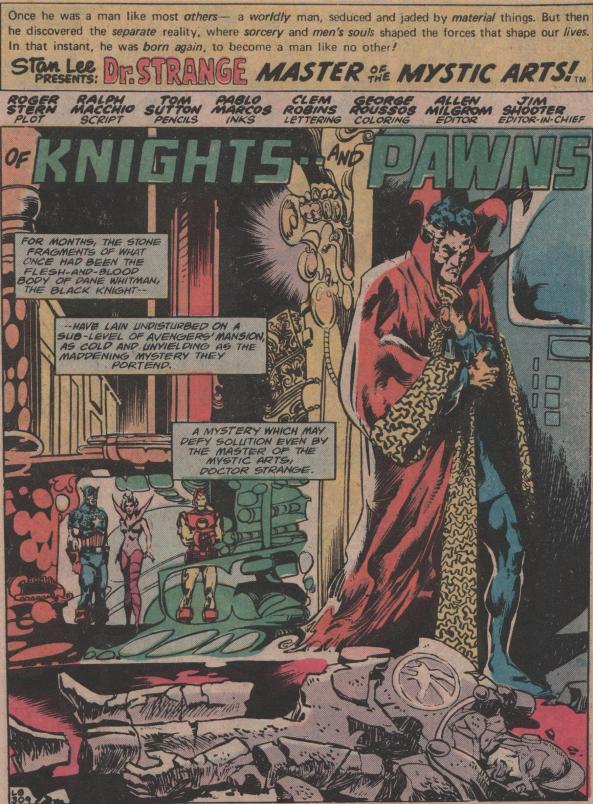