Title: Shadow of the Cat

As the week’s roll on, the temptation to review another film from Hammer Studios is gnawing at me. So, the way to stop it is to give my psyche what it wants! Obviously Hammer is known for their horror films, and this is one of the first they did once they committed to that genre. Their catalog is varied but let’s face it, horror/sci-fi is where it’s at.

The film begins with an elderly woman, Ella Venable (Catherine Lacey) sitting in an upstairs room as she’s just finished making out her last will and testament. She’s reading some Edgar Allen Poe to her cat, Templeton, just then someone enters her home and disturbs her. The person is not a burglar, but actually a family member. The man (actually the butler) enters the room, and she mistakenly thinks it’s Walter, her husband, (Andre Morell), but he’s downstairs, waiting for his role in this insidious plot. The younger man then savagely beats the old woman with a blunt object. The three conspirators (a woman as well as the two men), then take the body and bury it on the grounds of the estate. 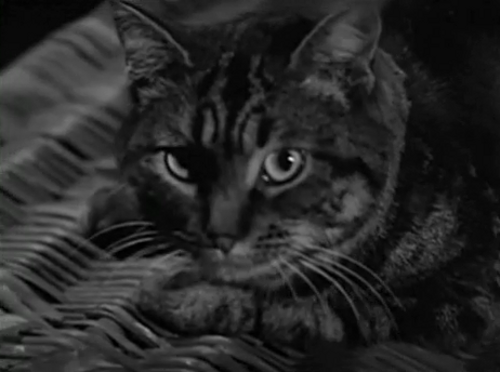 The trio seems to be worried about the only witness, the cat. It watches them bury the old woman, and you get a sense that it wants revenge. The following day, the police are called in, and the trio acts as if they know nothing about the altercation. At first, the police seem to believe there’s no foul play, but certainly don’t rule it out. An old woman missing is certainly nothing new, but one that was a homebody is puzzling. 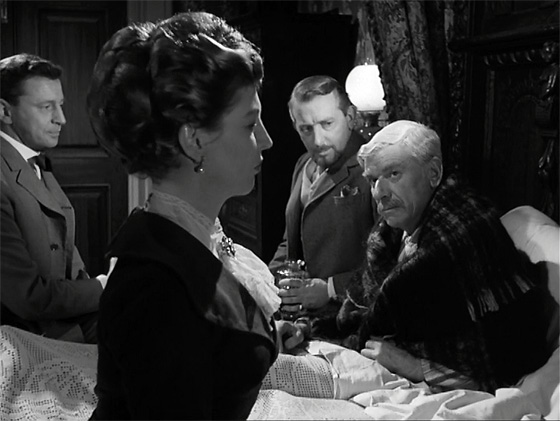 After the police leave, the three conspirators attempt to locate a will that was made out years ago. They don’t have much luck, and, at every turn, the mischievous cat is lingering. Walter then decides to call the niece of the deceased woman, so that they can persuade her to legitimize the new will Walter had her make recently. The cat makes an appearance, and the butler, chases it to the basement, where he and Walter attempt to kill it. They both seem very nervous, and fumble about in the basement trying to kill the cat. Walter strikes the butler by accident, then shouts at him to get out. Walter is then attacked by the cat, and suffers a heart attack. 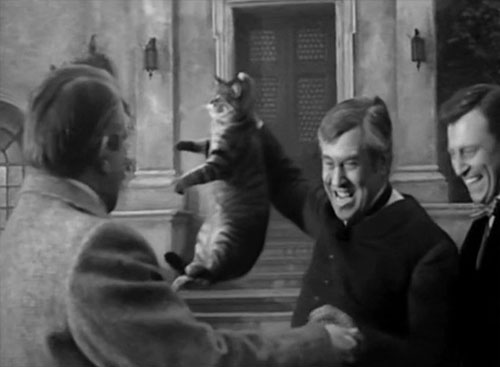 Soon, the arrival of the niece, Beth Venable (Barbara Shelley) adds a different dimension, as she loves the cat, and was also a favorite of her recently murdered Aunt. She’s very skeptical about what’s going on, and befriends the cat, which puts her at odds with the conspirators. Walter puts on a good act, and Beth buys it for a while. One of the policemen, Inspector Rowles (Alan Wheatley), and a newspaper man, Michael Lattimer (Conrad Phillips) begin to see a picture of what is going here though, and he intends to prove there was foul play. 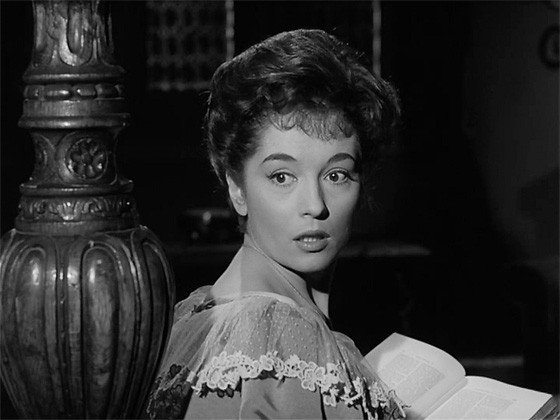 The conspirators eventually meet their doom, and the cat seems to be responsible, but is it? Watch to find out! 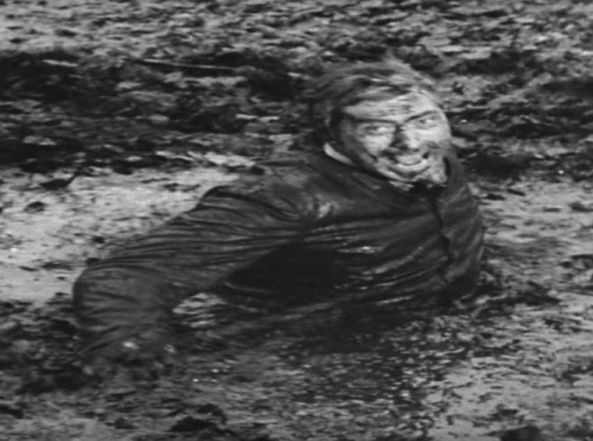 I didn’t go into too much detail but you get the gist. Andre Morell plays a great scoundrel in this one, which is quite a contrast to his usual heroics. Somehow, he and the other conspirators make you believe that the cat has a supernatural makeup to it. Maybe it was buried in a pet cemetery? Anyhow, for a film from this era, and in black and white, it holds up well. Freda Jackson (Brides of Dracula) is great in this one too. She’s one of the conspirators that really is nothing short of evil. Of course, it’s great to see villains get their comeuppance and you do get that in this film.

Long time Hammer contributors like Roy Ashton (make-up) and Bernard Robinson (production design) are always names you want to see in the credits because their hard work always shows up in the movie. When you have a beauty like Barbara Shelley, that doesn’t hurt your chances either. She is definitely one of the actresses that needs to get her due, not only for being gorgeous, but for also being a good actor.