The name Steve Ditko is known for his co-creations Spider-Man and Doctor Strange, and rightly so, but if you dig deeper, you’ll find an entire separate world of work by this man. One of the biggest contributions he made, is his work for Charlton comics. In the past, I’d been dismissive of this company simply because their books don’t have the shine and attractiveness Marvel and DC had during this time period. Well, after finally giving them a try, I was astounded to find the awesome artwork of Pat Boyette, Tom Sutton, and Steve Ditko, to name a few.

In this issue, there are three stories that all have something to offer. The first, “Hocus Pocus,” shows a stage magician named Zarko, as he obtains an ancient book of spells and incantations that will make him the real deal! He finds out it’s not all it’s cracked up to be though! Written by Steve Morisi, art by Pete Morisi.

“The Man Who was Twins,” is the second story. This one is centered around a devious man that had a twin brother, but now he lives the lives of himself and the dead brother! He even marries his brother’s fiancee’! This scoundrel knows no limits! Written (possibly) by Joe Gill (unconfirmed), with art by Charles Nicholas and Vince Alascia.

Lastly, we have the gem of the book. “The 3RD Victim” shows one of the most creepy things ever in horror comics or cinema – a ventriloquist dummy! The puppet maker gets killed by a greedy man, and at first, it seems as if the dummy is helping this murderer. But as the story moves along, it is the murderer who will pay for his crimes! Writer (again, unconfirmed) Joe Gill, art by Steve Ditko (cover art as well), and letters by Charlotte Jetter. The fantastic cover is also by Ditko, and is really something else! 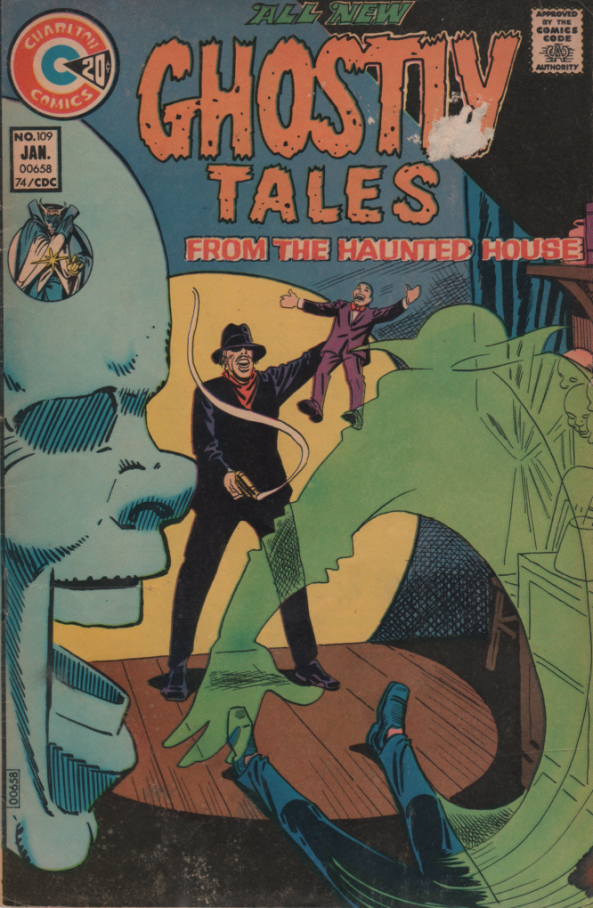