Originally presented in Thor #142 (1967), this issue features Thor, accepting a challenge from a man on a motorcycle that wishes to race against him! Well, OK, that’s not the main part of the story, but it is the funniest. The story’s best parts, involved Thor fighting against the menace of the Super Skrull. This villain that regularly gives the Fantastic Four all they can handle, sets his sights on the thunder god, with a little motivation from Loki, Thor’s devious brother! There’s also a backup story “Aftermath,” and shows more of the machinations of Loki.

You get the usual magic from Kirby in this issue, but of course, the jury is still out on whether Vince Colletta did the pencils justice or not. Personally, Colletta’s inks don’t bother me as much on Thor as compared to The Fantastic Four, but to each his own. Written by Stan Lee, pencils by Jack ‘King’ Kirby, inks by Vince Colletta, and letters by Artie Simek! The glory and grandeur of the mighty Thor will always be tops thanks to the king of comics! 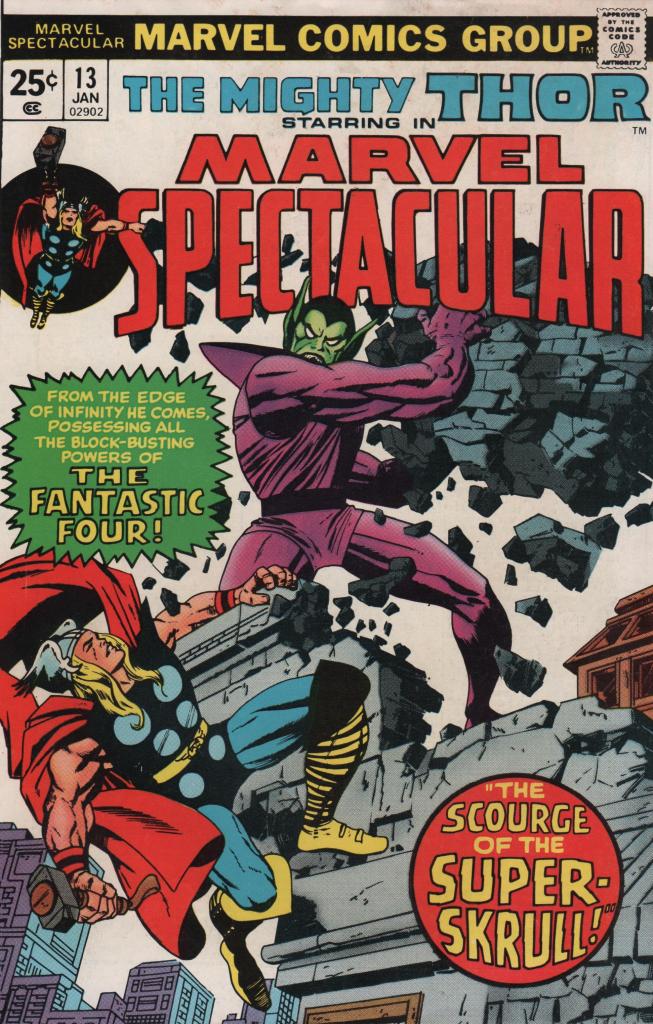 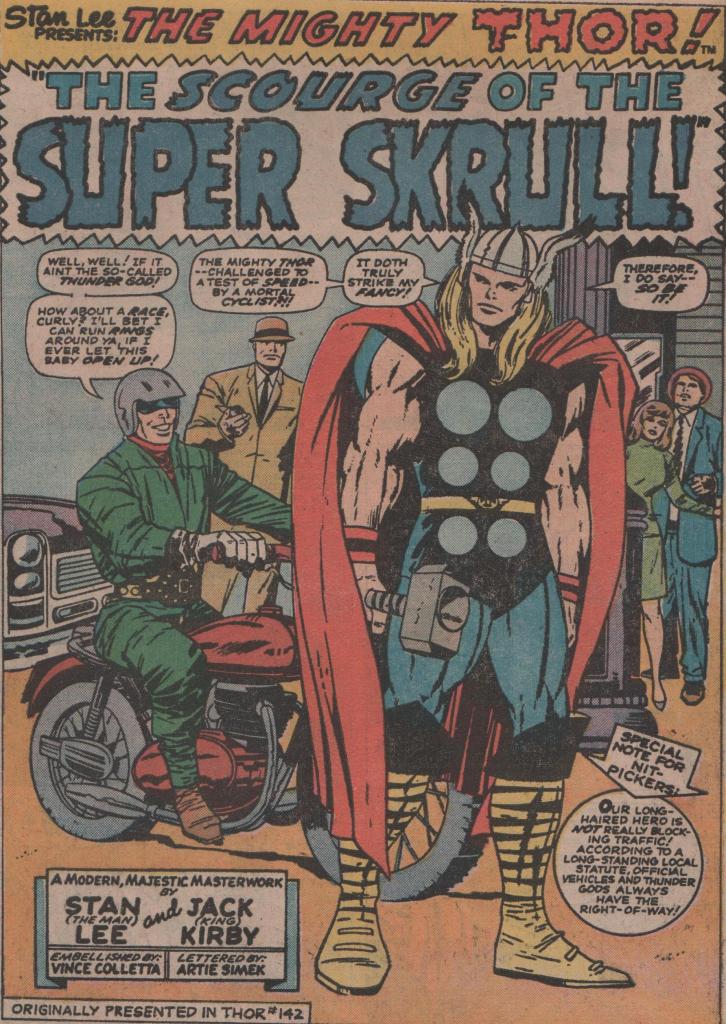 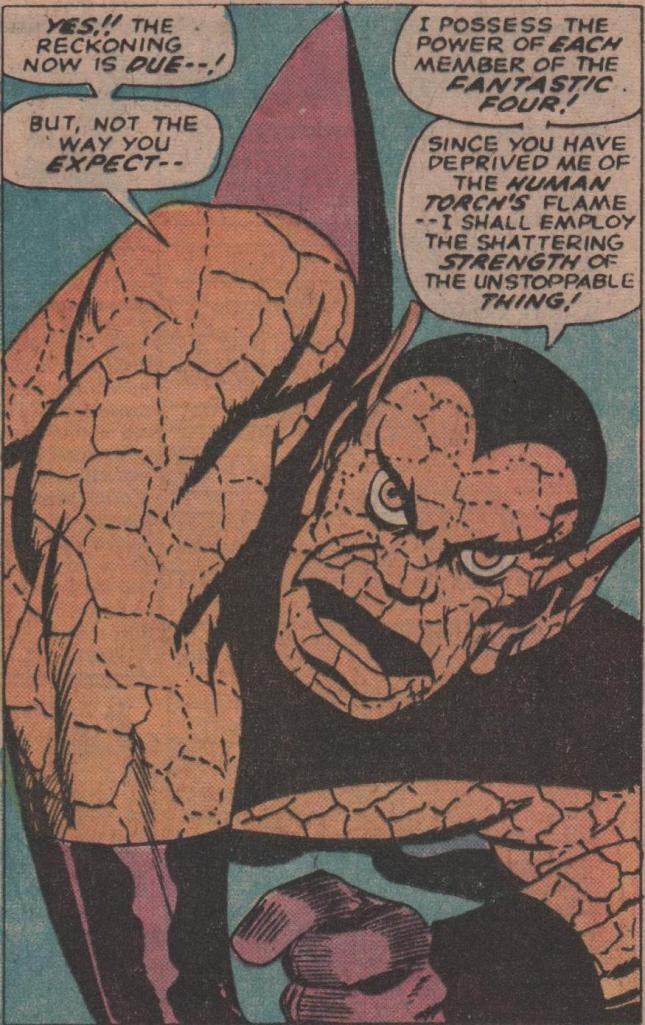 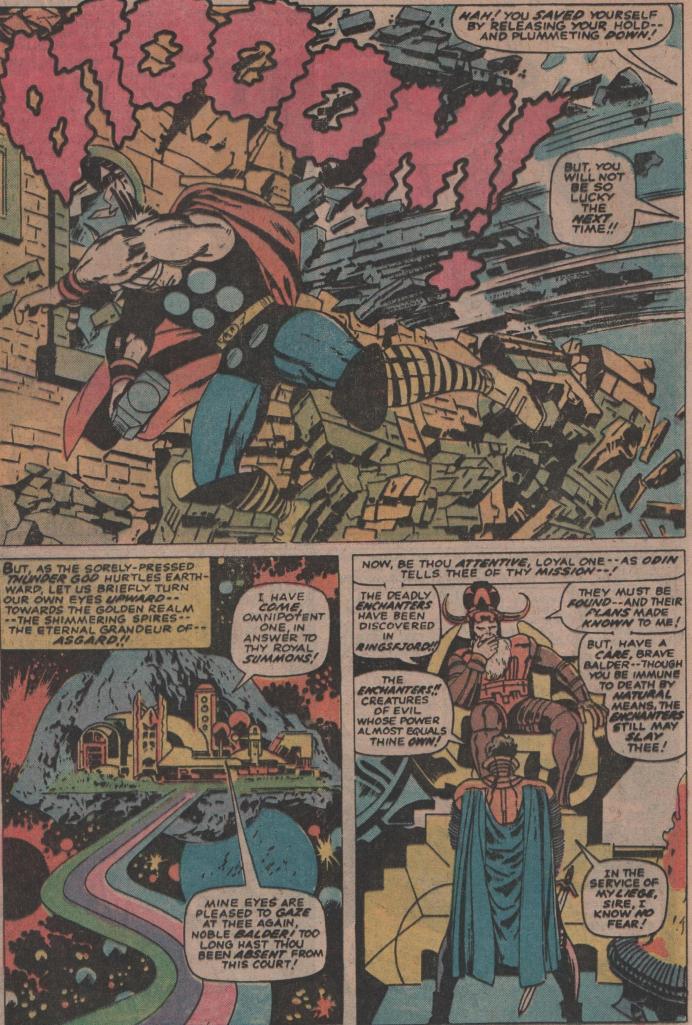 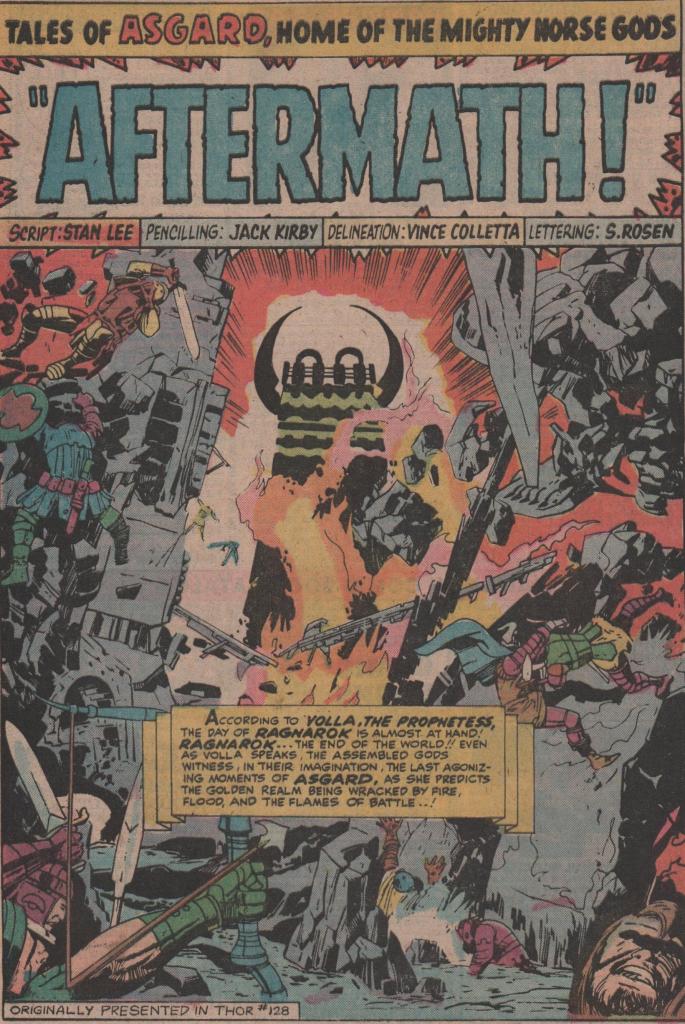