When I hear the name Mike Ploog, I immediately gravitate to Marvel horror from the 1970’s, as most probably do, but that is to be expected. His work in that genre is unparalleled, and most lovers of that genre might curse me for saying this, but I think he ranks right up there with the all-time greats (Wrightson, Frazetta, etc.). His run on these titles wasn’t incredibly extensive, but the impact certainly cannot be denied.

Let us take a look at the fifth issue of The Monster of Frankenstein, shall we? Just look at that cover! The Monster, a beautiful woman, the fire, boat, and roaring sea. Just an incredible piece of artwork. The splash page is almost as cool, and really shows great perspective by Ploog. His rendition of the Monster can look menacing or sorrowful, and even both at the same time. So, enjoy this peek at one of Ploog’s best issues! Written by Mike Friedrich, pencils by Mike Ploog, inks by ‘Jumbo’ John Verpoorten, colors by Glynis Wein, letters by Artie Simek, and edited by Roy Thomas! 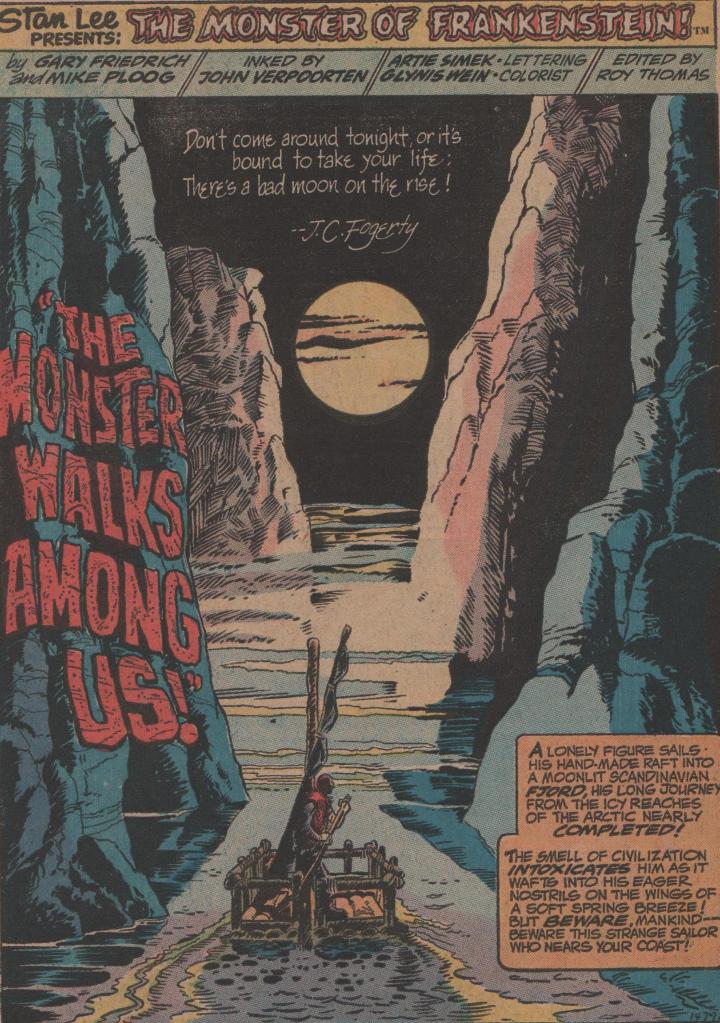 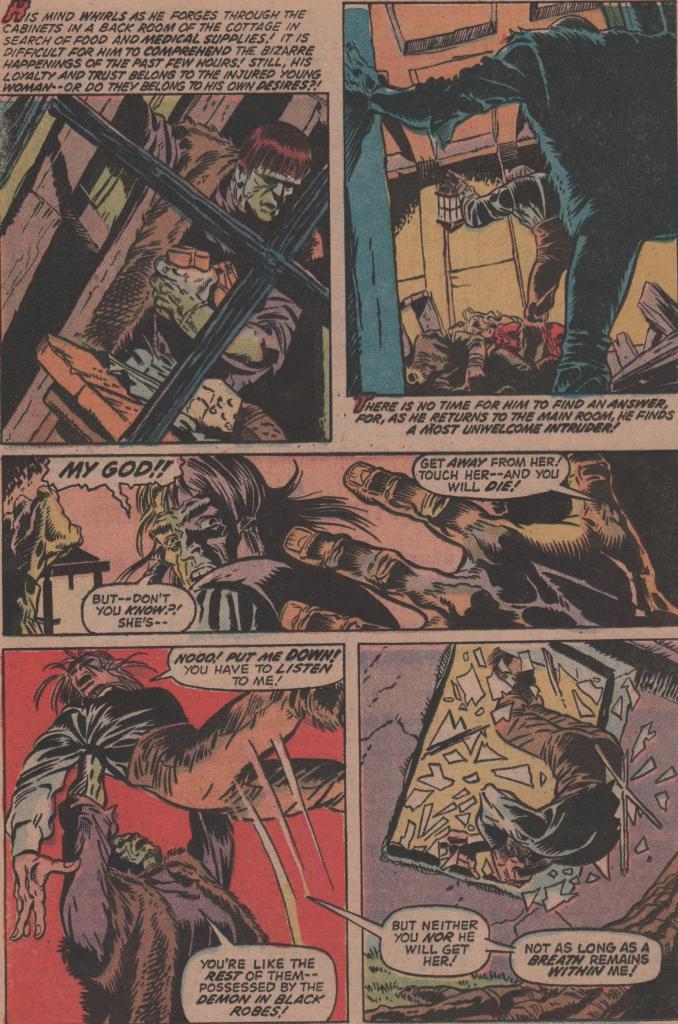 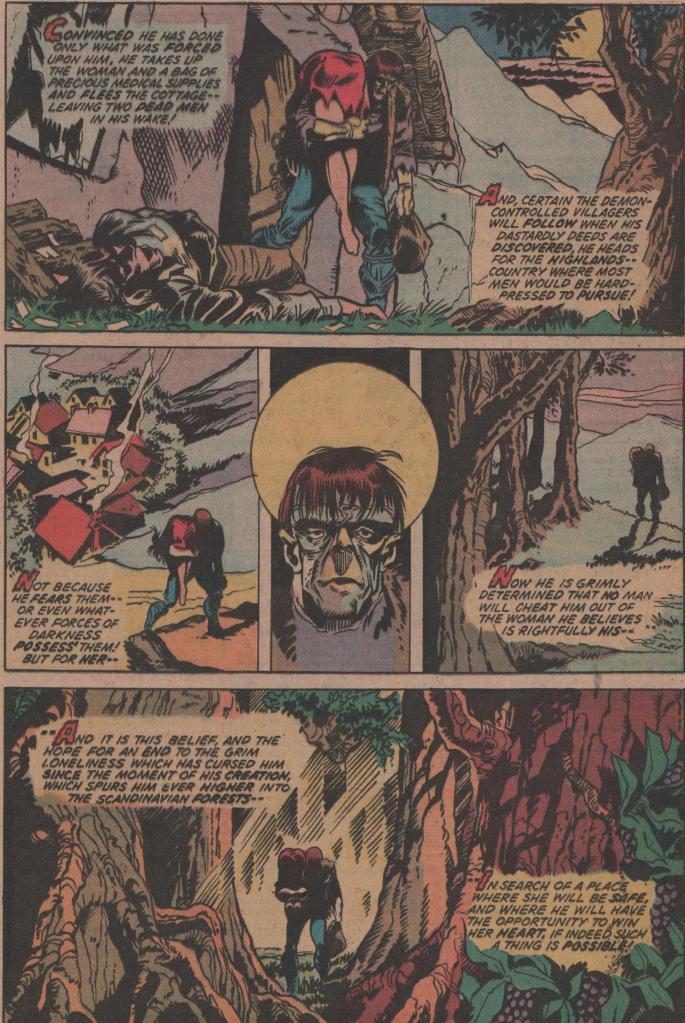 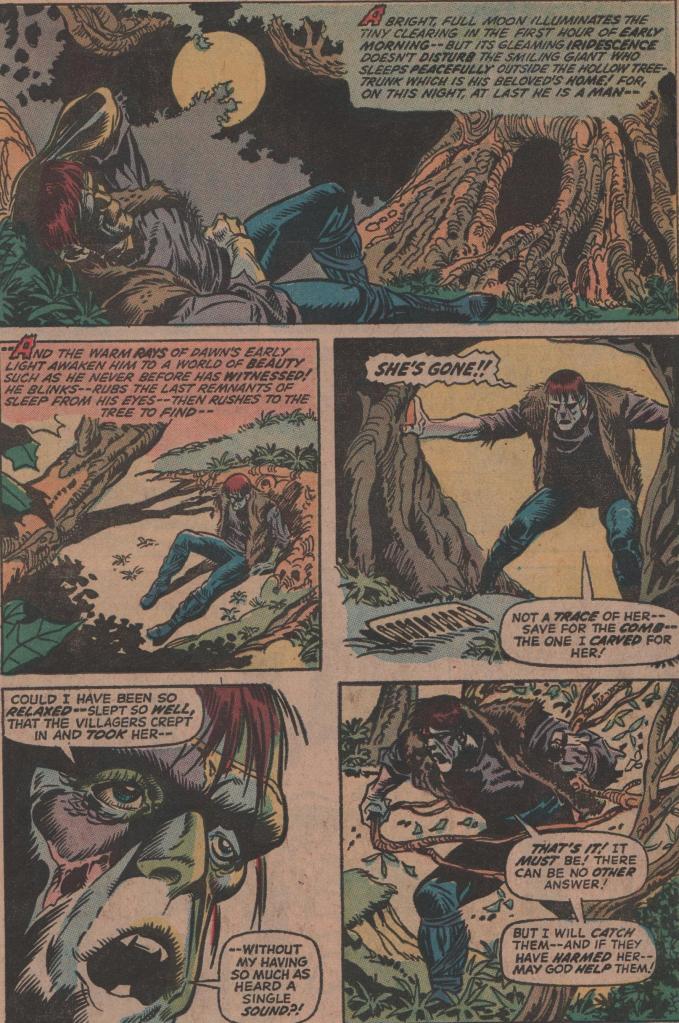 In keeping with the horror theme, I thought I’d throw out another issue featuring that patchwork fellow, Frankenstein’s Monster! In this issue of  The Invaders (#31), we see the machinations of the Nazis, as they’ve not only captured the monster, but brainwashed him as well! Their goal (lofty as usual) is to replicate the process by which he was made, and create an army of undead soldiers to conquer the world! They’ve not only captured Cap and Bucky, but also the Human Torch and Toro, too.

This issue (along with the previous two) was written by Don Glut, with pencils by Chic Stone, inks by Bill Black, colors by George Roussos, and letters by Tom Orzechowski! A quirky little story that just adds to the mystique of  The Invaders! Overall this series was quite entertaining, especially when under the guidance of Roy Thomas! We saw a couple of Kirby covers, as well as Gil Kane. Interior work by names like Kupperberg, Robbins, and even Don Heck! Check out that awesome cover by the incomparable Joe Sinnott! 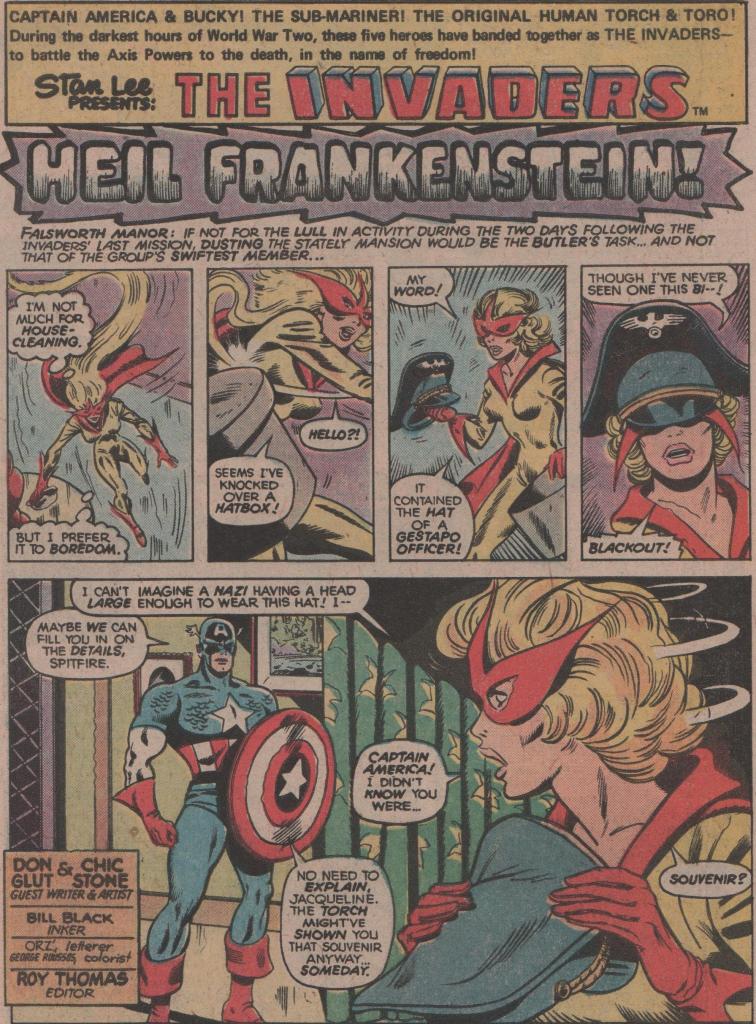 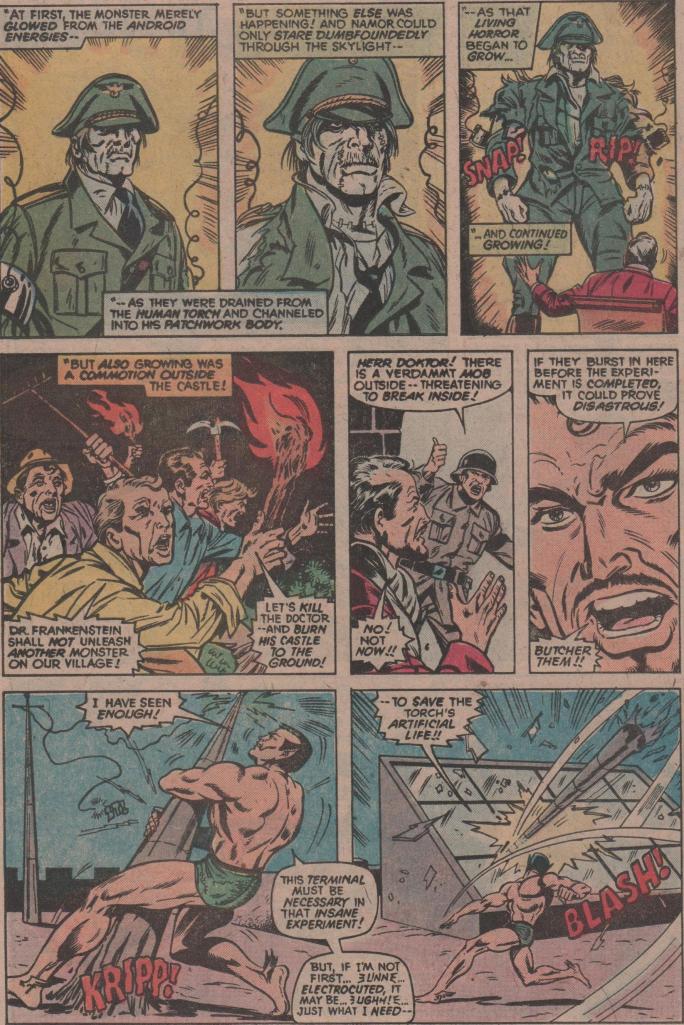 It has been too long since my last spotlight on one of Marvel’s Unsung Heroes, so it is returning now, with a thunderous BOOM! One of my favorite artists from the 1970’s, is without a doubt, Val Mayerik! This guy should be on every list regarding a profound impact on comics from this decade. His work on one of my favorite characters, Man-Thing, is proof alone that he should be held aloft with the other greats of that decade/genre.

Alongside writer, Steve Gerber (who will be getting some love really soon), Mayerik did a phenomenal job with Man-Thing in the title “Fear” (Adventure into Fear, on the cover). Cover artists like Frank Brunner, Rich Buckler, and others, brought people’s eyes to the books, but once inside Mayerik lent his style to the character and it was very eerie! So, here’s to you Val Mayerik, thanks for all the creepy panels that live in our memories! 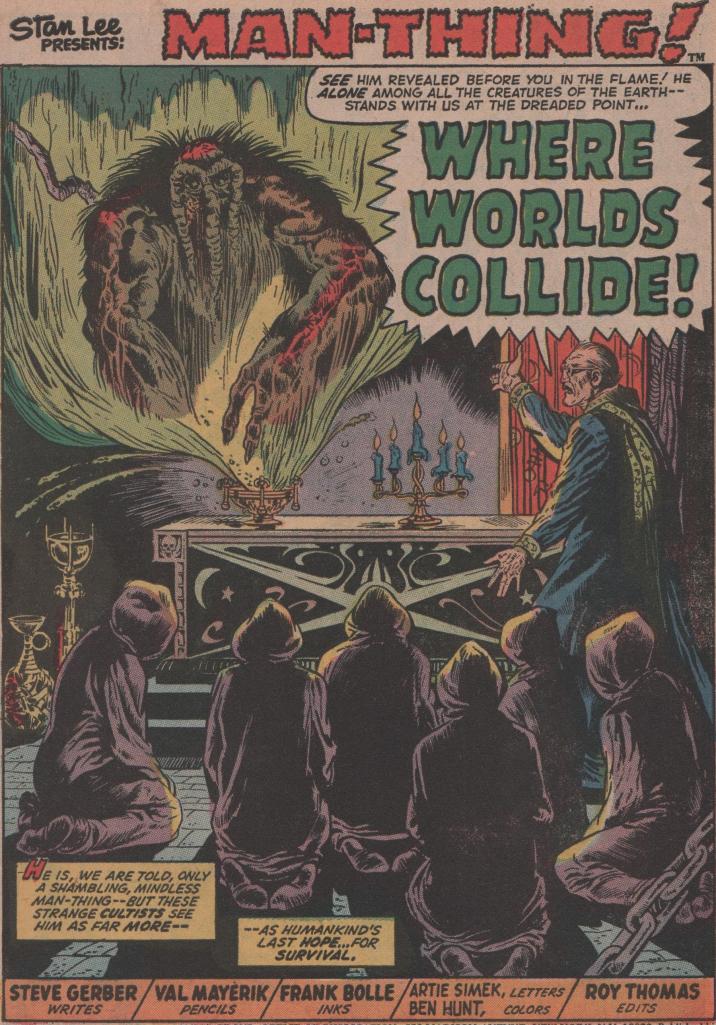 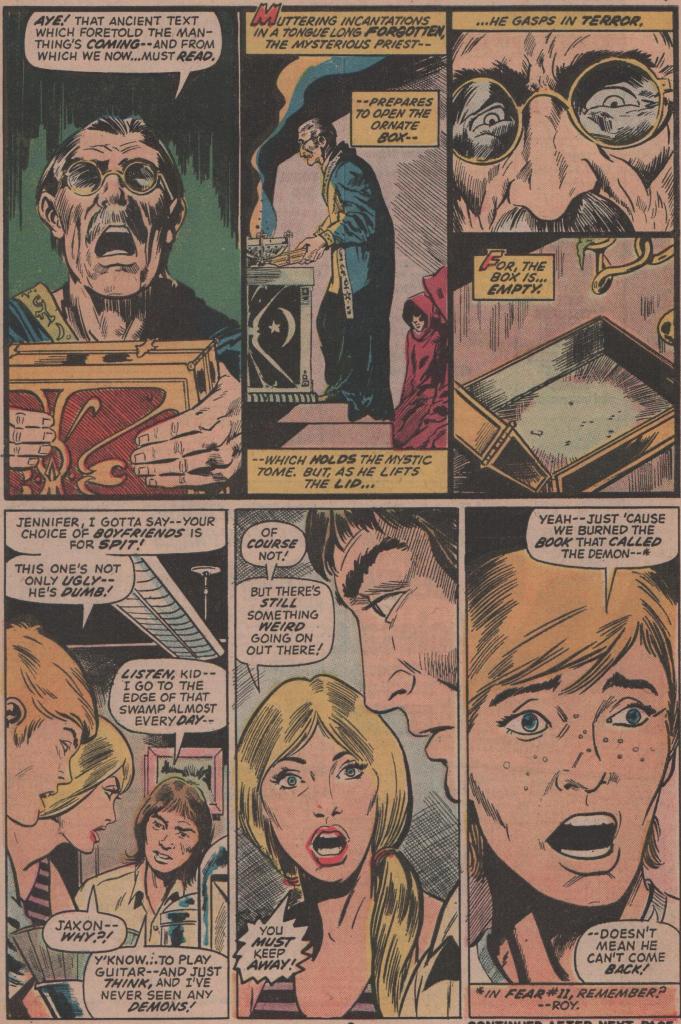 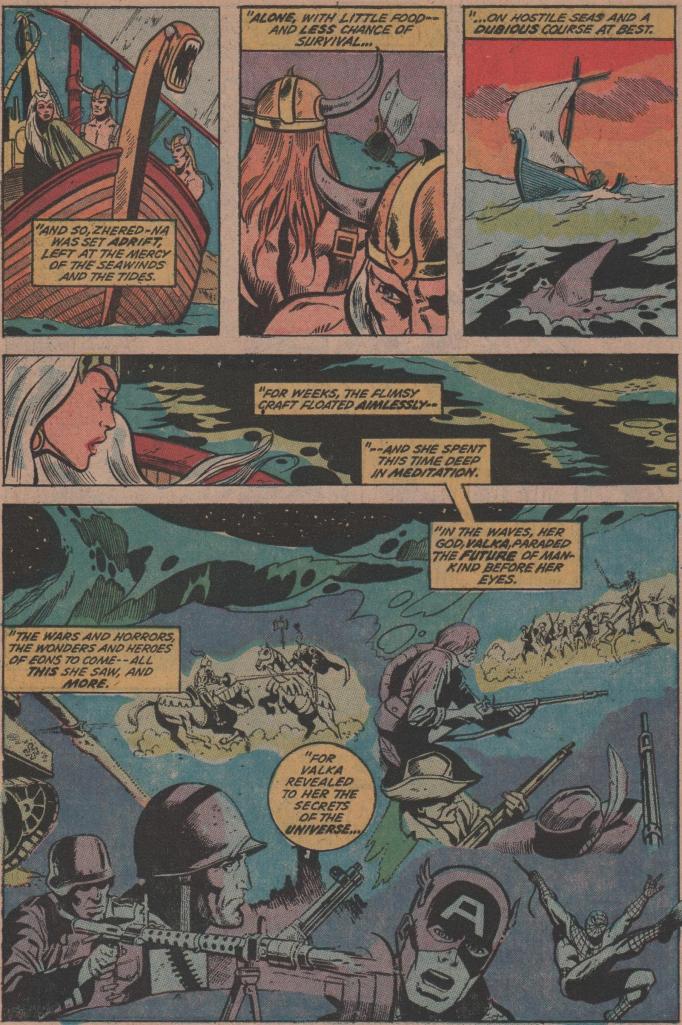 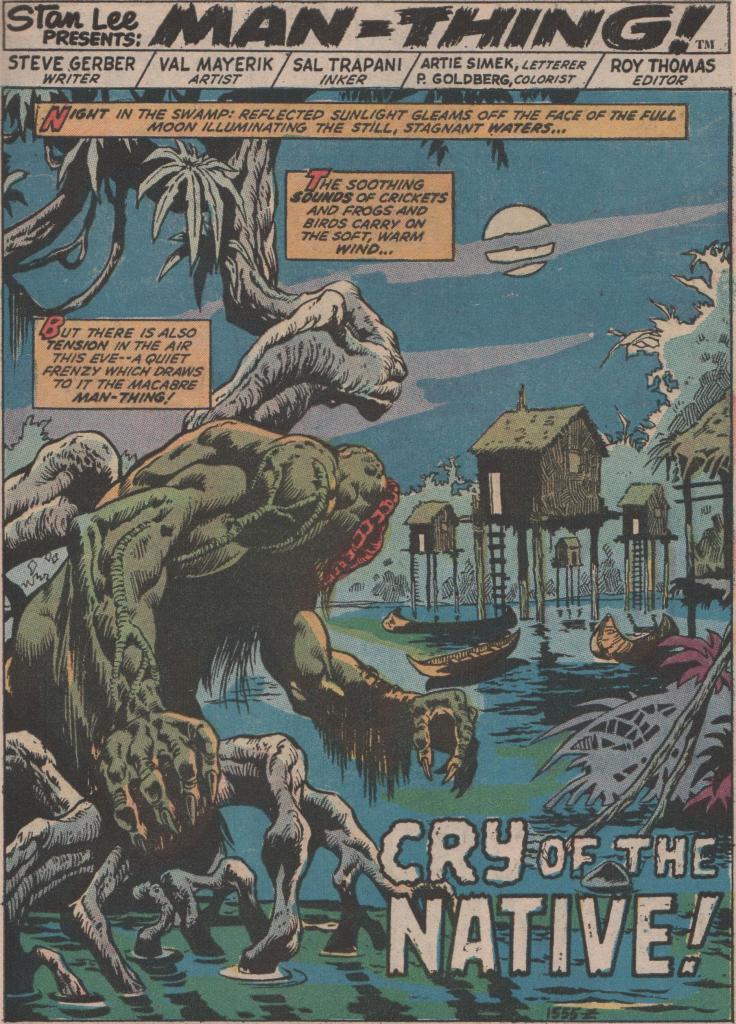 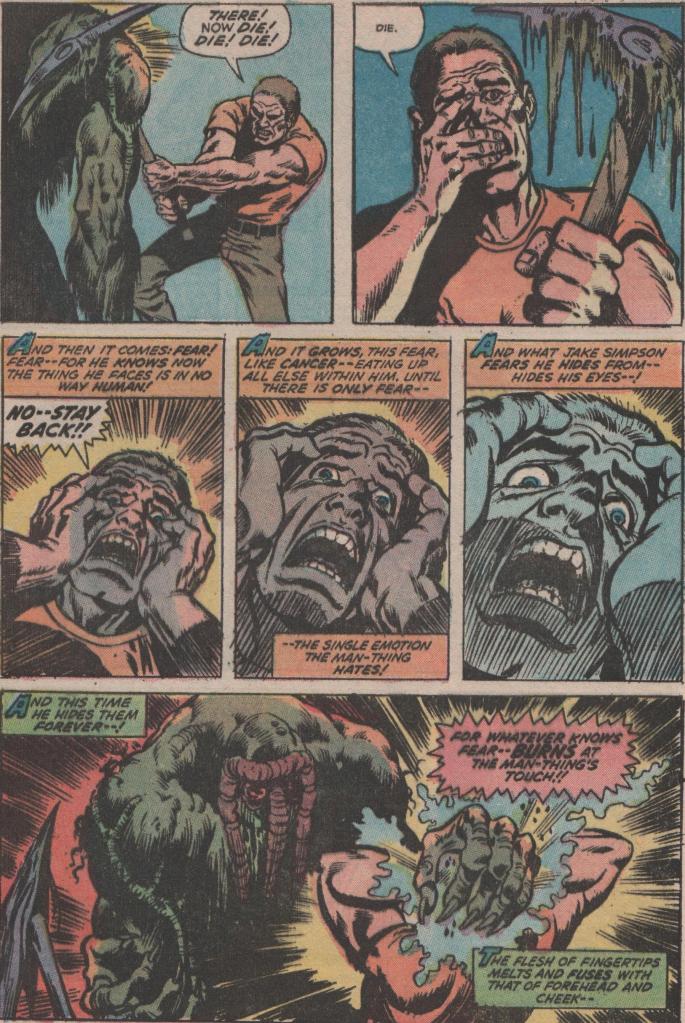 Recently, on Mike Ploog’s Facebook page, he noted that this issue was probably his favorite. So, yeah, that’s inspiration enough for this guy to write something down, and post some scans of the awesome artwork that is Mike Ploog. In this issue, we see the Monster kill a deer, by tossing a spear at it, he also fights a native people (I think), then after making friends with them, fights alongside them against a warring local tribe. Intense fight scenes, dog-sled action, clubs, axes, spears, you name it, this one has it. In the end though, the Monster just wants to find something, and he gets a tip on where to look for a descendant of his creator!

Written by Gary Friedrich, pencils by Mike Ploog, inks by ‘Jumbo’ John Verpoorten, letters by Artie Simek, colors by Glynis Wein, and edited by Roy ‘the boy’ Thomas! Even if you can’t afford the singles, you can still grab the Marvel Essentials at shows and some websites. The artwork holds up great in black and white! 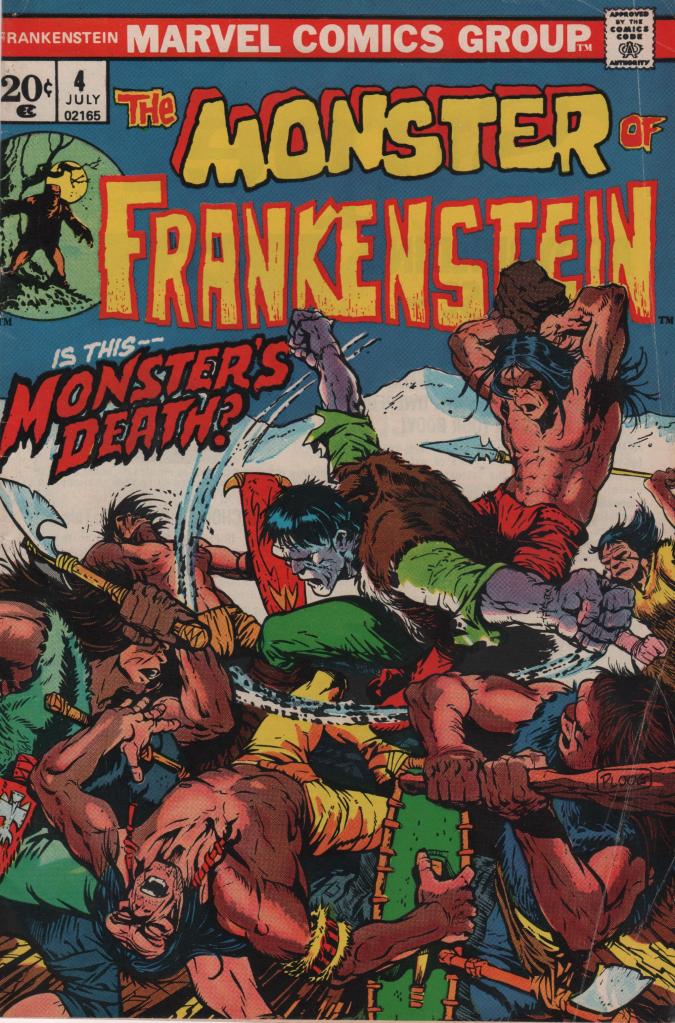