To close out 2019, and the theme of Team-Up books, I thought I’d go out with a bang, and feature a fairly recent acquisition! A key issue from the Bronze Age, this book is one I’ve been searching for at an affordable price for a long time. The day finally came at a local comic shop (LCS) as they were having a sale that helped ease the pain of the cost. Now, it’s time for Monster vs Monster!

With a story as ridiculous as you’d expect, Ben picks up the morning paper and gets furious because there’s another person with the name “Thing.” This other (Man-)Thing is down in the Everglades and Ben Grimm decides to go down there to give him the whoopin’ he deserves. There’s just one problem though, the Molecule Man has returned, and he’s ready to spring a trap on old Benjy! Can both of these heroes manage to take down an opponent that is off the charts powerful?

Starting with the awesome cover by Gil Kane and John Romita, this one is quirky but a lot of fun. Most of the reason why this one is so much fun, is the writing of Steve Gerber. The dialogue was great with Ben and Manny, then throw in Molecule Man and the other ancillary characters, and it’s a blast! The interior art by Gil Kane (pencils) and Joe Sinnott (inks) was fantastic. No matter if it was action scenes or conversation, they did a very nice job. Jean Izzo (letters), George Roussos (colors), and Roy Thomas (editor) round out the masterful minds behind this gem! 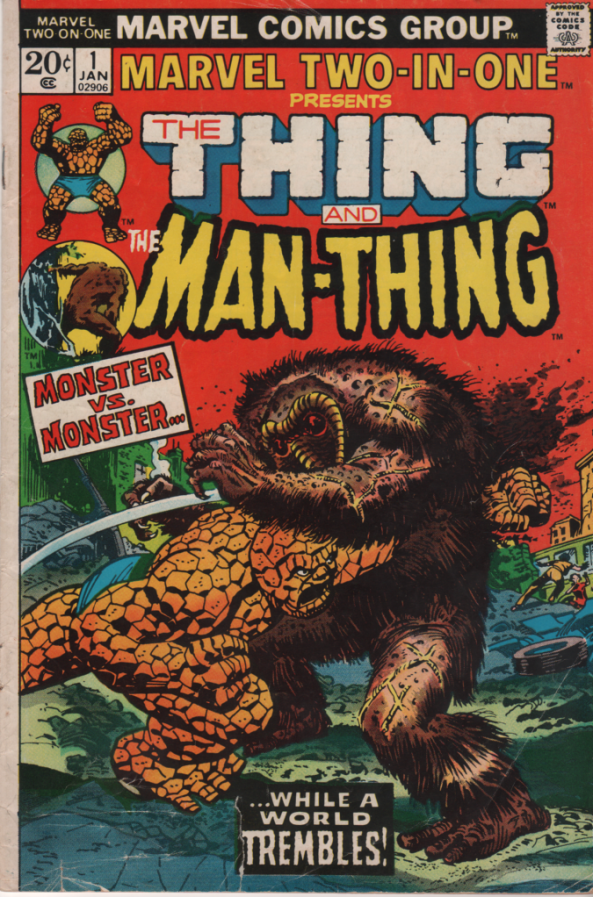 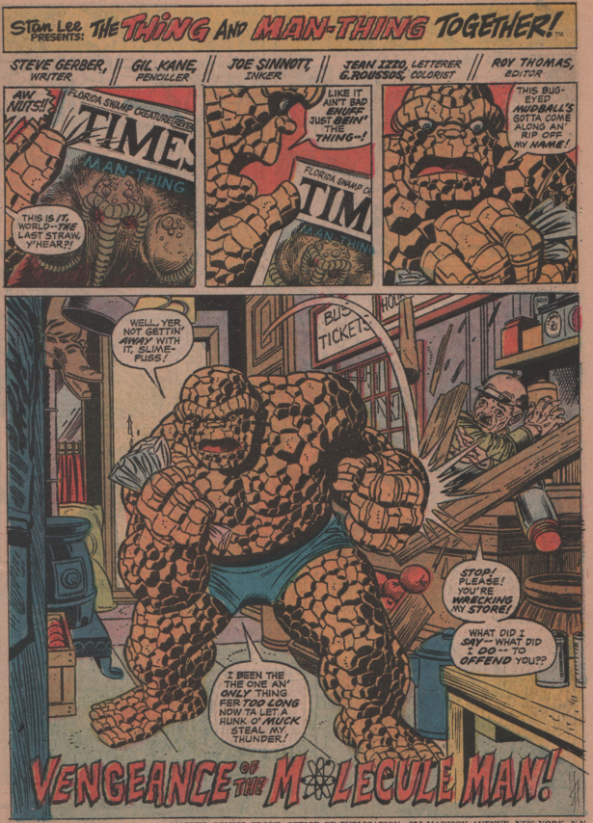 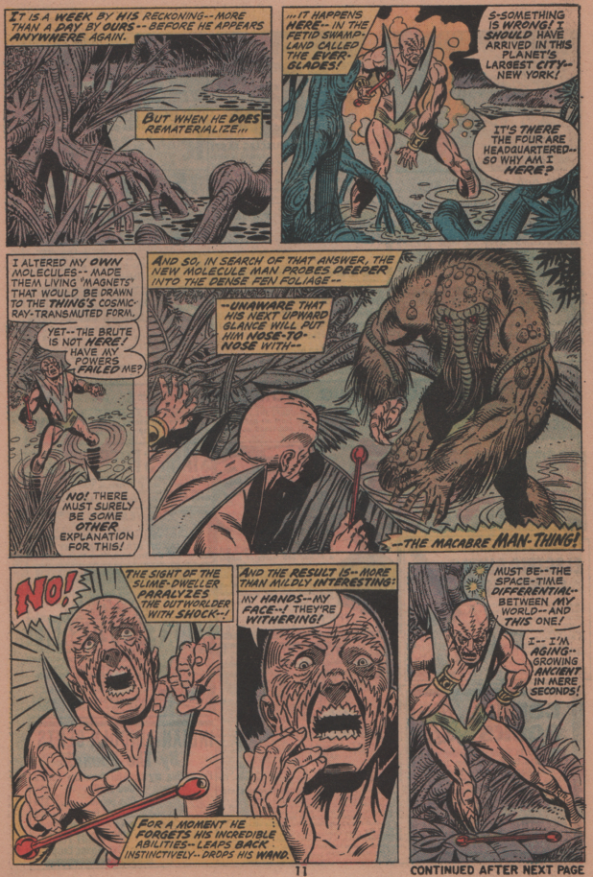