As the month draws closer to the end, so does my spotlight on Doctor Strange. One issue that I must talk about is this one, issue number sixty-eight. It features not only the Doc, but another one of my favorite characters, the Black Knight! Also, the lady named Victoria Bentley, and her relationship with both men. Dane Whitman (the current Black Knight and the one from this story), was just recently released from his curse that had entrapped him in stone, but he seems to now have some type of madness that is deadly for those around him! A duel between the Knight and the Sorcerer Supreme is upon us!

This story was during the fantastic run of Roger Stern. He also wrote the great story that featured the second war between Dr. Strange and Dracula! The artist, Paul Smith, had a brief run on the title, and did  a solid job as well. Having a great inker like Terry Austin didn’t hurt either though, and we know all about his exploits with people like John Byrne, for example. Written by Roger Stern, pencils (and cover) by Paul Smith, inks by Terry Austin, colors by Bob Sharen, letters by Jim Novak, and edited by Carl Potts! Enjoy! 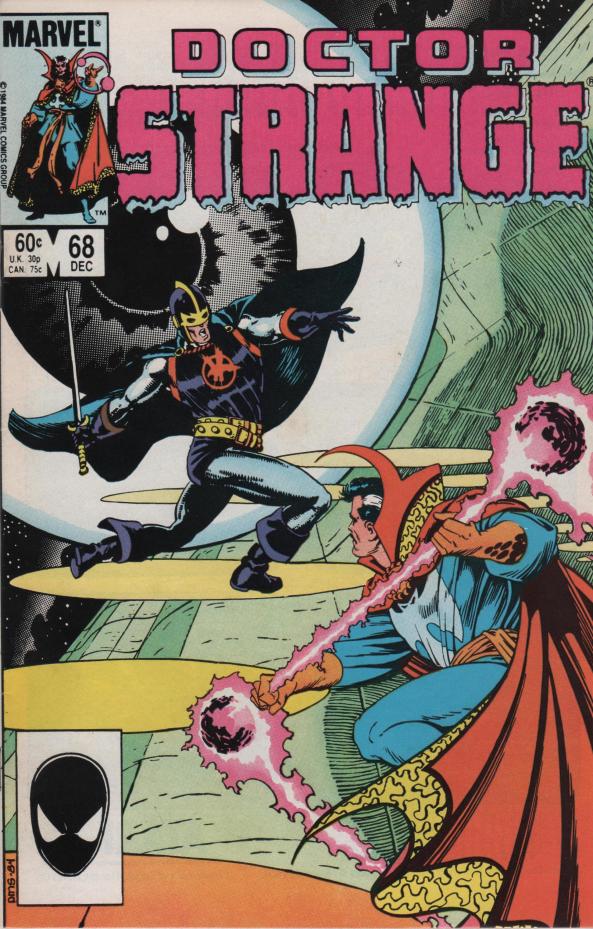 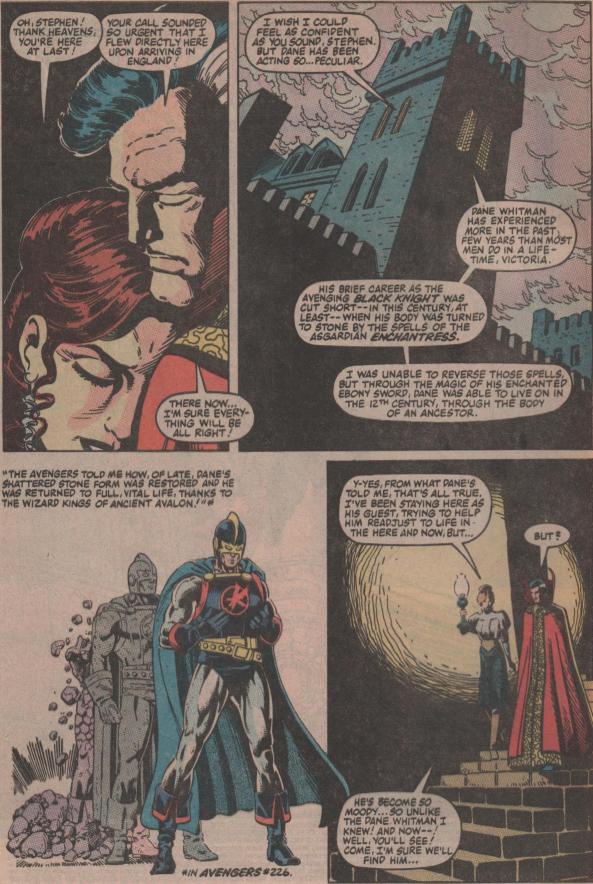 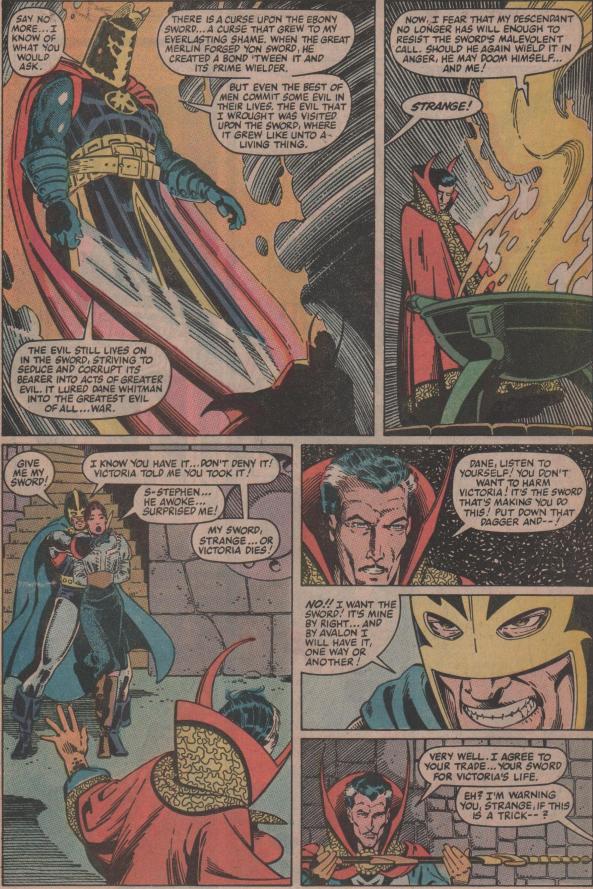