Title: Diary of a Madman

It’s no secret I think Vincent Price is one of the bet film stars of all time. Not just in the horror genre, but all of them. You can debate if you’d like, but I promise you that the people who will debate most wholeheartedly are the ones that haven’t seen many (if any) of his films. He’s definitely one the top horror icons, and along with Cushing, Lee, Lugosi, Karloff, & Chaney, his place is forever cemented in the industry.

This film has Price, but no other really bankable stars (Ian Wolfe was established, but not a household name), so when you watch this one, you really get a sense that he brought everyone else up to his lofty standards for acting. The film is another gem from Price, and everyone that’s a fan needs to see it. Alright, let us journey into the past…

The film begins with a funeral for a man named Simon Cordier (Vincent Price). His family and friends stand by and watch the priest finish the service, and one woman remarks that she’s glad he’s dead. The same small group of people meet at an art gallery, and read the last wishes of Simon Cordier. The diary tells them that Cordier believed he was possessed by an evil spirit, called “horla,” and it forced him and others to commit unspeakable acts. We then flashback to when Cordier first encountered the horla…

We learn that Cordier was a magistrate, and that his first saw evidence of this abomination, it was while visiting a prisoner (image above) that was only days away from execution. The prisoner pleads with Cordier, telling him that he didn’t really want to murder people, but that an evil spirit forced him to do it. At first, Cordier doesn’t believe him, but then the man’s eyes begin to glow with a green hue, and the man savagely attacks Cordier. They struggle for a moment, but then Cordier manages to push him away. The guards come running in, and discover that the prisoner died when he hit his head against the stone wall. Cordier is in shock over what he’s seen and done. 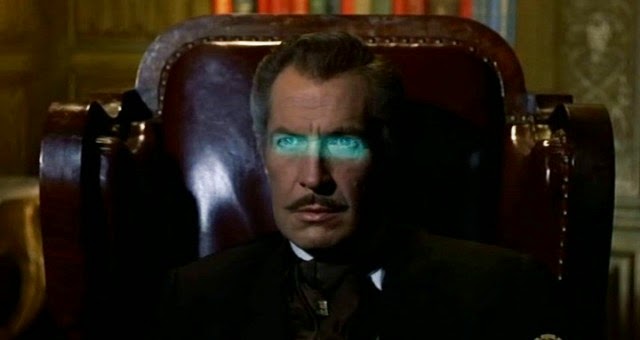 The following day, Cordier is upstairs in his home, and he sees a picture of a woman and a boy (apparently his wife and son that are deceased). He freaks out, and calls his butler, Pierre (Ian Wolfe), about the picture. Pierre explains that he doesn’t know how the picture came to be there (it had previously been stored away). Pierre then calls to Louise (Mary Adams), the cook, and questions her about the matter. In the next moment, Cordier sees some writing on a dusty shelf in the same room that reads…”hatred is evil.” These are the same words that the prisoner spoke before he attempted to kill Cordier. Cordier thinks he sleep walked, and did these things.

The following day, Cordier goes to his office, and finds the case file for the recently deceased prisoner. He doesn’t remember leaving it there, and can’t figure out why it’s there. He then hears a voice call out to him, warning him that because he killed the prisoner, he will now be the host for this specter. After excusing himself from the court that day, he begins to write in his diary about the strange goings-on. Once again, the voice calls out to him, and then possesses him. It tells him that he must kill his pet bird, and he does. The spirit then leaves, and Cordier sees what he’s done.

In the next scene, Cordier is visiting a psychiatrist about his troubles. The doctor believes that the strain of work, and the death’s of his family have driven him to this problem. He tells Cordier to return to his hobby of sculpting, take a vacation, and to immerse himself in art. He does just that, and walks around a neighborhood, looking at art. He’s approached by a beautiful woman, Odette Mallotte DuClasse (Nancy Kovack – image above), who asks him to buy the portrait of her. They strike up some conversation and he tells her that he’s a sculptor. One thing leads to another, and she agrees to pose for him later that night. Odette heads inside to see her husband, Paul DuClasse (Chris Warfield), the artist. She tells him that she’s going to pose for another artist, and her husband gets jealous. She tells him that her lifestyle needs more income, so she’s taking the job, to the dismay of her husband.

That night, Odette travels to the home of Cordier to pose for him, and after a quick conversation, the two head upstairs to the studio. Pierre and Louise are overjoyed that Cordier is happy again. In the studio, Odette asks if she needs to “disrobe” but Cordier tells her it’s not a nude. She seems slightly disappointed for a split second, and then tells him that nothing should distract from the face, and he agrees. Cordier compliments her on her beauty, and she smiles.

We then get some more from the diary, as Cordier writes down how happy he is, with his work, sculpting, and that his nightmares are gone. Days pass, and things seem fine, and he finishes the sculpture. There’s some mild flirtation between the two, and then she leaves. Cordier is left alone, but then suddenly, he hears the voice of the specter once again. The two have a conversation about good and evil. The spirit implies that Cordier drove his wife to commit suicide, and that he basically is a murderer. The spirit tells him that he wants his soul, and he knows that Odette is truly evil. Cordier wont believe it, and as he cries out, the spirit leaves the room. Cordier contemplates the reason for this spirit’s existence, but as he does, the spirit shows up, and tortures him some more. The spirit tells him that Odette is evil, and that he’ll force him to punish her if he’ll keep denying the fact.

After a day or so, we see that indeed Cordier is courting Odette, and that has plans for her, or the spirit does. Cordier gives her a brooch and tells her that it belonged to his wife. We then cut to a scene where Odette’s husband, Paul, is telling his woes to another woman, Jean D’Arville (Elaine Devry). He tells the woman that Odette has moved out and into her own apartment. They both surmise that she is stepping out with Cordier because he has money, and power. Paul decides he’s going to go to Cordier’s home, and confront him about the matter. As the two meet, Paul is enraged that Cordier wont stop pursuing his wife, but Cordier doesn’t care. Paul then threatens to make the affair public, and storms out. The spirit tells Cordier that Paul must be killed, but he refuses. 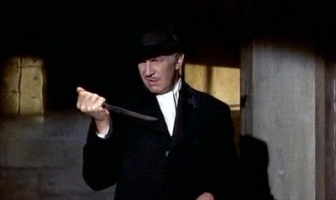 Cordier tells Odette that they’re going to run away, and marry overseas. He thinks he can avoid the spirit’s influence, but the spirit tells him otherwise. Cordier pulls out a gun, and tries to kill the spirit, but to no avail. The spirit then possesses Cordier, and orders him to murder Odette. Paul shows up at the apartment, and gets rough with Odette but she convinces him to leave. Moments later, Cordier shows up and brutally murders Odette. He returns home, and wakes up from the trance, aware of nothing. Paul gets the blame, and the spirit is just getting started!

Will Cordier be able to stop the spirit, or will he also be a victim of its insanity!

This film is a must-see for any fans of Price, horror, or just classic cinema. Price was excellent in this film, and really commanded every scene. Nancy Kovack was brilliantly evil in this one, and really matched up well with him. Their on-screen chemistry was something special. The other cast members were solid as well, especially the butler, played by Ian Wolfe.

The most remarkable thing about this film (other than Price), was the outstanding sets. Whether it was the home of Cordier (Price), where most of the film seemed to take place, his office, the street, or even the other houses/apartments in the film, the sets were great (Victor A. Gangelin). The costumes, music, and makeup were all spot on, and really delivered.

Definitely look this one up, you wont be disappointed. After all, it is Vincent Price!