Title: Night of the Big Heat

I had an itch to do a sci-fi film, so I picked a good one! Patrick Allen is one of those actors that is often overlooked. He did work with Peter Cushing on the great Hammer film, Captain Clegg, and did a marvelous job. The fact that you get those two actors plus Christopher Lee, is a pretty good indicator on how awesome this flick is for anyone of the genre. Toss in another Hammer stalwart in director, Terence Fisher, and we all know the success rate is even higher!

Planet Film Productions had a very short life span, but definitely left a mark on the industry with just a couple of their films. Alright, let us now take a journey into the realm of science fiction!

The film begins with a shot of a beautiful woman in a motorcar. Then we suddenly switch to a man, Dr. Godfrey Hanson (Christopher Lee), as he seems to be setting up camera equipment in a nearby wooded area. We then see a hobo (Sydney Bromley) snooping around the area after he leaves. Back on the roadway, the woman’s car breaks down, and a local stops to lend a hand. She stays with the car, and hears a weird noise. At about the same time, the hobo hears the noise, but is much closer to the source. He’s then stalked by the thing making the noise, and apparently killed.

At a local pub, a man at the bar, Dr. Vernon Stone (Peter Cushing), is having a drink to keep cool. You see, it’s unseasonably hot at the moment on the island of Fara, and no one seems to know why. The woman serving him is Frankie Callum (Sarah Lawson), and both her and her husband own the inn. The young woman, Angela Roberts (Jane Merrow) from the motorcar finally arrives, and enters the establishment. She asks for Mr. Jeff Callum (Patrick Allen), who’s a writer that needs his own personal secretary apparently. Frankie tells her that he’s out now, and that they’ve been expecting her. Dr. Stone offers to buy her a drink, and she sits for a minute, then heads to her room with Frankie’s guidance.

Dr. Hanson appears in the doorway, and grumbles at Frankie about a parcel that should’ve arrived. She tells him that her husband isn’t back yet, and he quickly barks that he wants it brought to his room immediately upon his arrival. Frankie and Dr. Stone have a quick conversation about his antics. She tells Stone that he goes out once a day with his camera equipment, then stays locked into his room the rest of the time. Jeff is driving down the road in his pickup truck, and almost runs over one of the pub’s patrons. He’s furious initially, but then the man tells him about hearing a strange noise, and they both wonder what it could be. Back at the pub, Jeff arrives and takes the parcel up to Dr. Hanson’s room. He brusquely snatches it out of Jeff’s hands and slams the door. Frankie then tells Jeff about his new secretary, and that she’s gone for a swim at the cove. One of the patrons gives him a ride, and when they arrive, both are stunned by her beauty. We find out right away that this meeting is no accident. The two apparently had an affair a while back on the mainland, and Jeff took his wife to the island to get away from the trouble. Angela asks Jeff what he’ll tell his wife, and he acts very odd. She then knows that he never told his wife about the affair, but before she can go any further, that same strange noise interrupts them, and they both get a bit apprehensive. They start to make-out, but then Jeff pushes her away. 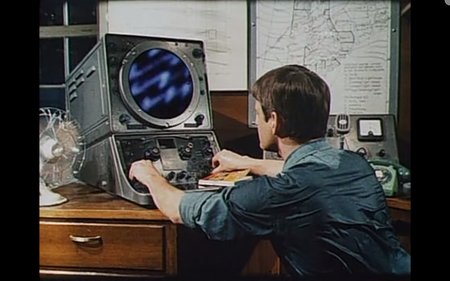 The scene turns back to the pub, and an old man that’s being helped inside. Jeff asks what’s going on, and the old man tells him that someone’s killed all of his sheep (a farmer, apparently). Dr. Hanson appears out of nowhere and attempts to question the old man. Dr. Stone tells Hanson that the old man is in no shape to answer questions, and they let him lie down in the back. Hanson storms back to his room, and we see that he must be a scientist but why he’s in this specific area, no one knows. One of the pub regulars, Bob Hayward (Thomas Heathcote), is at home and his television begins to act up. It eventually explodes, and the commotion is accompanied by that sinister noise once again. He heads over to see Jeff about this weirdness, but before he can get there, he hears that noise again, and it begins to drive him mad. He swerves the car, and ends up going over a cliff, and the car explodes. 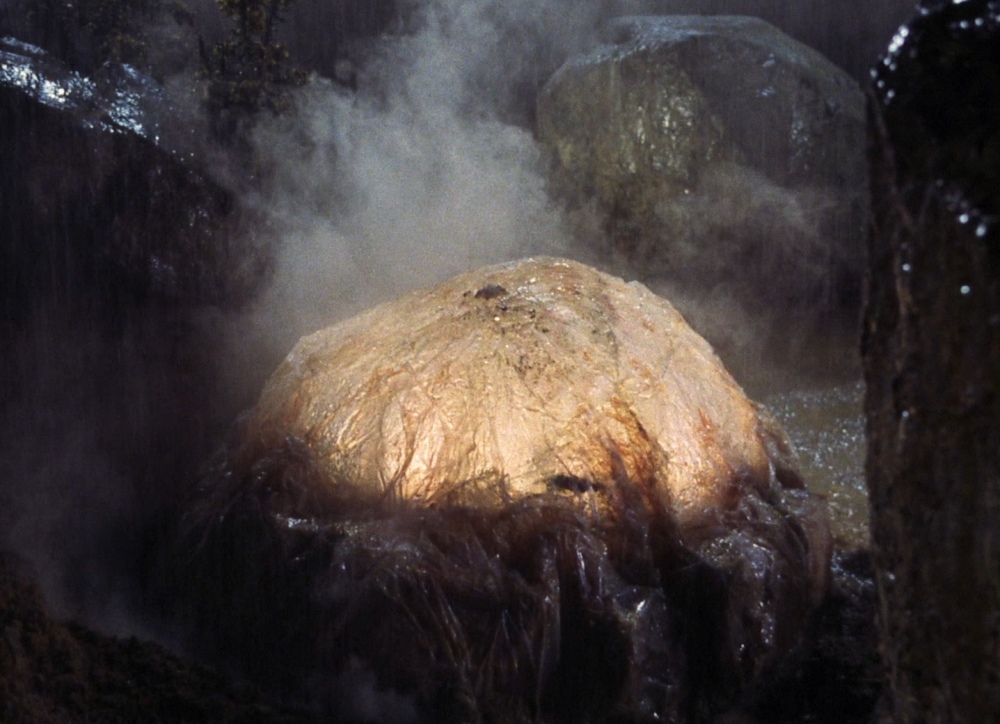 Later that night, we see Hanson setting up more equipment nearby. Angela then makes another play for Jeff, but it’s interrupted by the strange noise. Frankie then runs in and tells Jeff she saw something land in a nearby field. As the three head out to investigate, they see Hanson creeping around. They attempt to check things out, but the girls are too frightened. They head back, and Jeff confronts Hanson about his creepy actions. The two argue, but eventually Jeff comes to understand that something is going on, and Hanson is a scientist trying to solve the puzzle. He tells him that aliens are using this tiny island as a launching point for an invasion. At first, Jeff dismisses his theories, but eventually comes to believe him. The two then set out to find the origin of the noise and come upon the car that crashed with Bob Hayward in it. There’s nothing left but ashes.

Can they find a way to stop the invasion, or is the Earth doomed by these sinister forces? If not, it’s only the end of the world!

Without spoiling some of the good stuff, I’ll just say that you’ll be a bit shocked at who does and does not make it to the end of this flick. Not that it hurts the film in any way, it actually helps it climb a bit higher due to the unexpected nature. Christopher Lee is awesome, and does a great job playing the scientist, a role that you don’t typically see him in, I might add. Cushing’s scenes are few and far between, but as always, he adds a flavor to the film that would be missed if it was not present.

The sets were good, but the music score was average at best. As far as special effects go, this film was more about the unseen and not the seen. So, special effects weren’t really anything to talk about really. The tension building up throughout the movie between Frankie, Angela(Merrow was a tramp in this film, but gorgeous nonetheless – image below), and Jeff was an interesting angle. The movie would’ve easily moved forward without it, but it was a different angle for this type of film. I definitely rank this one up there pretty high on my all-time favorite sci-fi films, as the performances by the cast are excellent.