Supernatural characters are a huge draw for me. Whether it’s movies, television, comics, etc., they always seem to deliver a little something extra you don’t always get from superheroes. Now, take two of these characters, put them in the same book, and you’ve got something special! On one side, you have Deadman- a temperamental ghost that inhabits the bodies of the living to get things done.  On the other end of the spectrum, you have The Phantom Stranger. A guy who has been portrayed in a few different ways over the years with a couple of back stories. Both are intriguing, engaging, and unpredictable.

I’m starting to believe there might not be a better way to start off a comic from this genre than with a cover from Jim Aparo. To say that they’re eye-catching isn’t giving them their due justice, especially when dealing with the supernatural. The story is by Arnold Drake (RIP), a man who began his career in the 1950s, and worked on everything from The X-Men to Batman. Mike Grell (art) is a name most will know from his work on titles like Green Arrow, and a host of others. He’s one of those guys that don’t get mentioned very much but made some fantastic contributions to the industry and should get more credit. The legendary Joe Orlando was the editor of this great issue and rounds out the creative team. 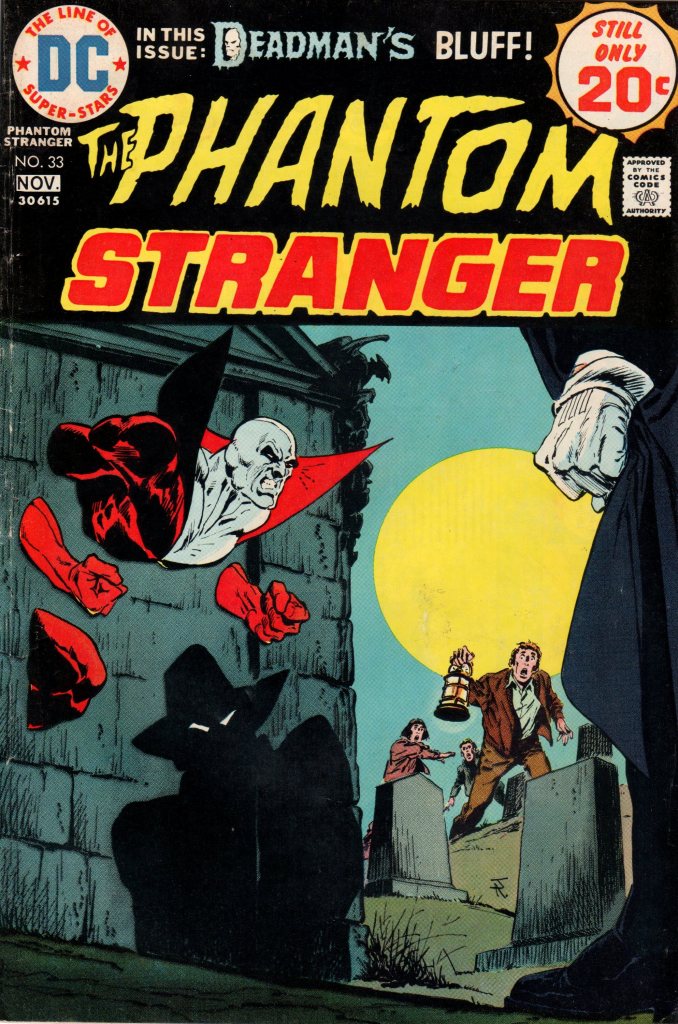