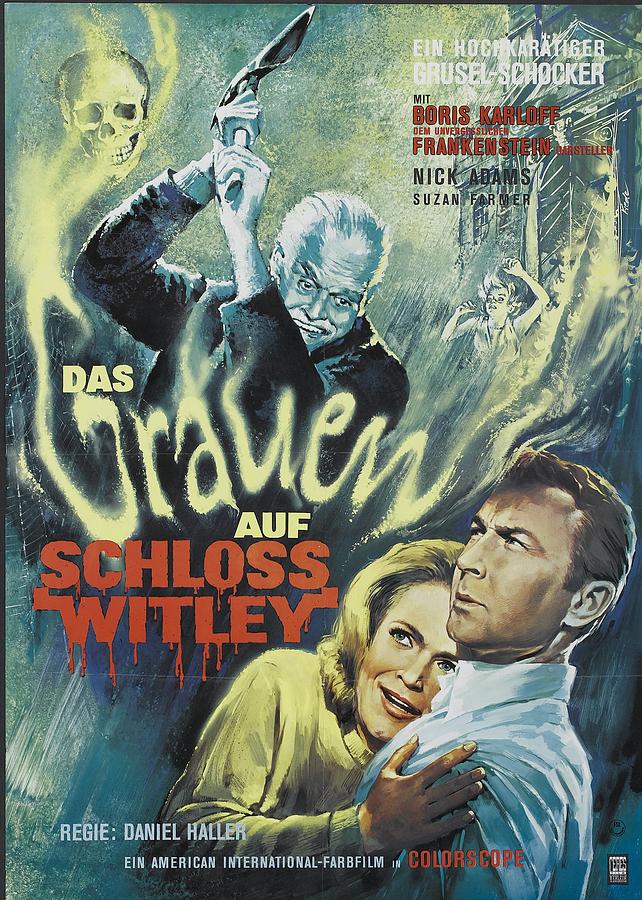 My addiction to Boris Karloff continues! I just can’t stop watching his films (horror) now, and I’ll definitely review a couple more between now and Halloween! Whether he’s the main character, or not, does not matter, I just need a fix of his acting! The rest of the cast in this film is a help as well though and they will most certainly be mentioned at the conclusion of my review.

This film a loose adaptation of a story written by H.P. Lovecraft (The Color Out of Space). I haven’t read that story myself, but would love to because I understand it’s incredibly creepy and trippy. I won’t parse hairs over the legitimacy of what a true “adaptation” is, but I will say this…I don’t care in this case because it’s Boris Karloff starring in a horror film. Simple, no? Alright, without further delay, let’s get down to business!

The film begins with a young man, Stephen Reinhart (Nick Adams), as he arrives in a small village in the English countryside. He attempts to get a cab, then rent a bicycle, but every time he attempts to make his way to a certain local castle, he’s rebuffed by the townspeople. No explanation, just basically told to sod off. He must then walk all the way to the home, which takes a few hours. As he arrives at the Witley estate, he notices signs telling people to keep out. Disregarding the signs, the gloomy, dark setting seems to scare him a bit, but he approaches the front door and knocks. No one answers, so he lets himself inside. He’s quickly approached by Nahum Witley (Boris Karloff), and his manservant. Nahum tells him to get out, but Stephen tells him that his daughter (and wife), Susan (Suzan Farmer) invited him to come and stay with them for a while (apparently they were school mates in the US).

Susan takes Stephen upstairs and he meets her mother (sort of). She’s apparently an invalid and her bed is shrouded in drapes to conceal her visage. She tells Stephen that she’ll deal with her cranky husband, but also that she wants to talk to Stephen alone. Once Susan leaves, Mrs. Witley (Freda Jackson), begins to cryptically tell Stephen about some strange goings-on at the house. Meanwhile, Nahum and Merwyn (Terence De Marney) make their way to the basement where it appears very dungeon-like, and that there is some pulsating power source in a shallow well of some kind. Mrs. Witley tells Stephen specifically about her maid, and how she went insane and was never seen again. She then begs him to take Susan away immediately, before something terrible happens.

Later that night at dinner, a scream comes from upstairs, Stephen is shook up by it, but Nahum and Susan act as if they’ve heard it before. Suddenly, Merwyn falls over, as if he’s either unconscious or dead. Stephen and Susan run to him, but Nahum assures them that he can take care of it (being wheelchair bound, I’m not sure how), and tells them to leave. Stephen comes upon a library, and begins reading a book about “old ones” (here’s where you get the Lovecraft tie-in), dark forces,  and horrific things that plague mankind. Susan then looks out the window, and sees a dark figure leering at her. She screams and then Stephen comes to her aid. He tries to get her to leave, but she won’t leave her mother.

As the night gets older, Stephen is reading in his room, then once again hears a violent scream. He and Susan investigate, heading toward the basement. The scream sounded unlike any shriek a human being could make. Before they can get there though, Nahum cuts them off. He tells them that Merwyn is dead, and it was terrible. Stephen pushes Nahum to explain what’s going on, but he gets a door slammed in his face. As he heads back towards his room, he hears a rustling sound, and sees Nahum, pushing his own wheelchair out the front door. He then checks Merwyn’s room to check things out. He finds no corpse, but a burn mark on the floor in the shape of a man.

Outside, Nahum digs a grave for Merwyn, as Stephen watches. From the corner of his eye, he sees a greenhouse, glowing with a green/blue light. Nahum makes his way towards the greenhouse, but sees the light on in Stephen’s room, and decides to head back indoors to see if he’s still awake. Stephen runs back and hops in bed, pretending to sleep. Nahum is unaware that he’s been out, and leaves quietly.

The following morning, Stephen rises early, and heads back towards town. He’s accosted by a robed, mutated humanoid that attempts to stab him. After that altercation, he goes to see the town doctor, Dr. Henderson (Patrick Magee). He questions him about the Witley family and the strange happenings. The doctor is tight-lipped but his assistant/secretary tells him that the doctor was a good man who went off the deep end after caring for Nahum’s father, who went insane, and then died mysteriously. Back at the house, Nahum attempts to get Leticia to come out and go to the doctor in town, but she seems to be too far gone, mentally and physically. Meanwhile, Stephen and Susan gain access to the green house, and they make a startling discovery. The plant life inside has grown to enormous size, which is unnatural. They then hear a shriek from deeper within the structure… 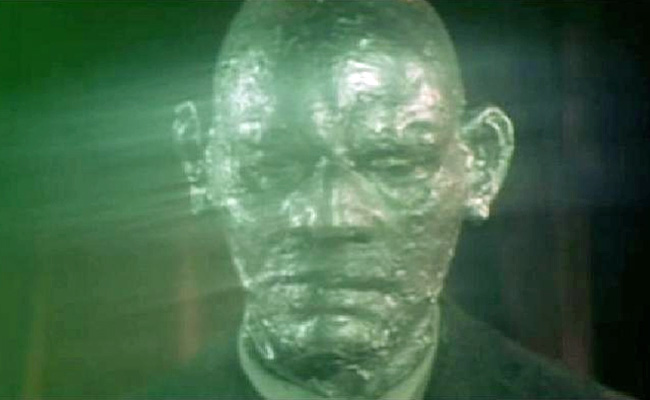 What sinister forces lurk in the basement of this home? And, will Susan and Stephen live to tell about it?! Watch this classic to find out!

Alright first things first…I’m not a big Nick Adams guy. He kind of reminds me of another Nic…Cage. Both play “themselves” in every movie role they are cast. Adams is cocky, arrogant, and self-righteous. The guy just can’t act beyond that one persona. Other than him, this film is great. Karloff plays a great curmudgeon, and you really dislike him at first. Once things get a bit clearer though, you feel sympathy for him. Suzan Farmer (image below) is pretty good, as she plays an excellent damsel in distress. I would’ve liked to see more Freda Jackson, but her role didn’t allow for it. She’s such a good actress and always delivers in horror films.

One familiar name in the beginning credits was Don Banks (music). I recognized him from his work at Hammer Studios (and others). He does a solid job with the score and along with very moody sets, you really get a shiver from this one. I understand that the film is very loosely based on a Lovecraft book, and that probably turns off those who revere his works. I’m an admirer of his works but haven’t read much of them. In all honesty though, the film was great and even without being a direct adaptation it serves to give a positive light to his works.

Get a copy of this one and sit down one evening and let it rip. You’ll be glad you did! 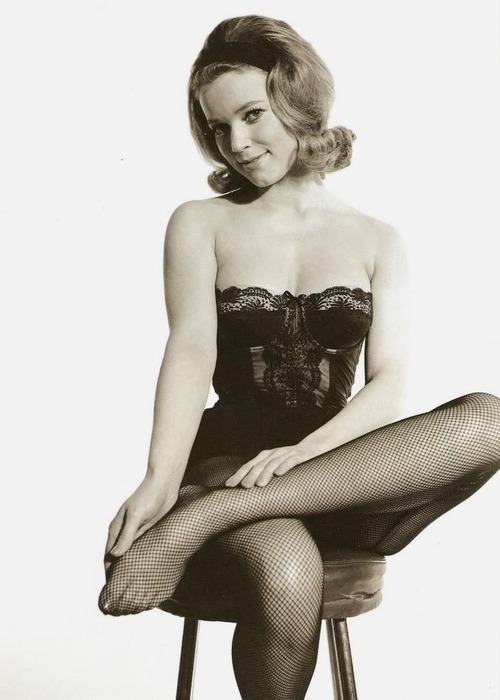