I’ll come right out and say it, I’m not a huge fan of The Spectre. Probably because I haven’t read very many of his appearances. Batman however, is a different story! In this penultimate issue of the series, we see the Spectre separated from Jim Corrigan (the two were sort of bonded together for most of the character’s existence). Two magic users (Kalindra and Stephos) kidnap Jim Corrigan, and The Spectre (isn’t he supposed to have cosmic awareness?) needs to locate his host (Corrigan), so he enlists the help of the greatest living detective, Batman! It isn’t long before the heroic duo find where Corrigan is being kept, and then the two begin to clean house.

The highlight of the issue is the cover, but that’s not a slam against the interiors (Ross Andru and Rick Hoberg). It’s just that Jim Aparo (cover) is so good, he overshadows the other two gentleman. There is a two page splash, where The Spectre is fighting a demon that is fantastic. The script is fine but the story (Mike Barr) is very bare bones. A nice little action issue with solid art, but nothing Earth shattering. 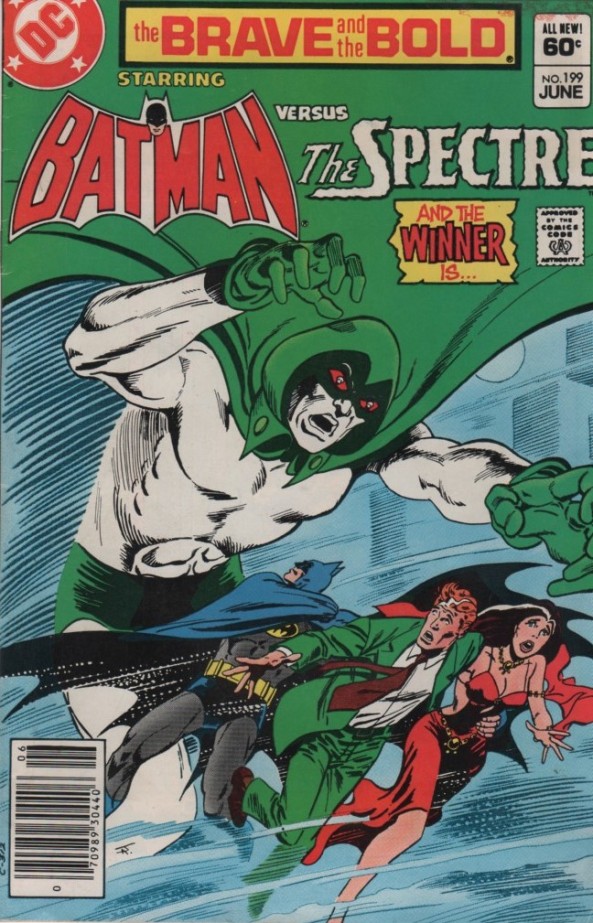 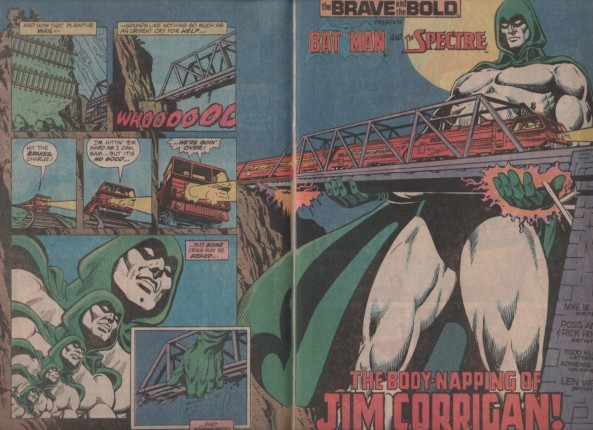 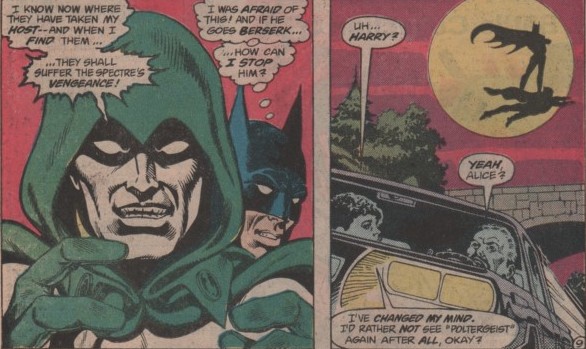 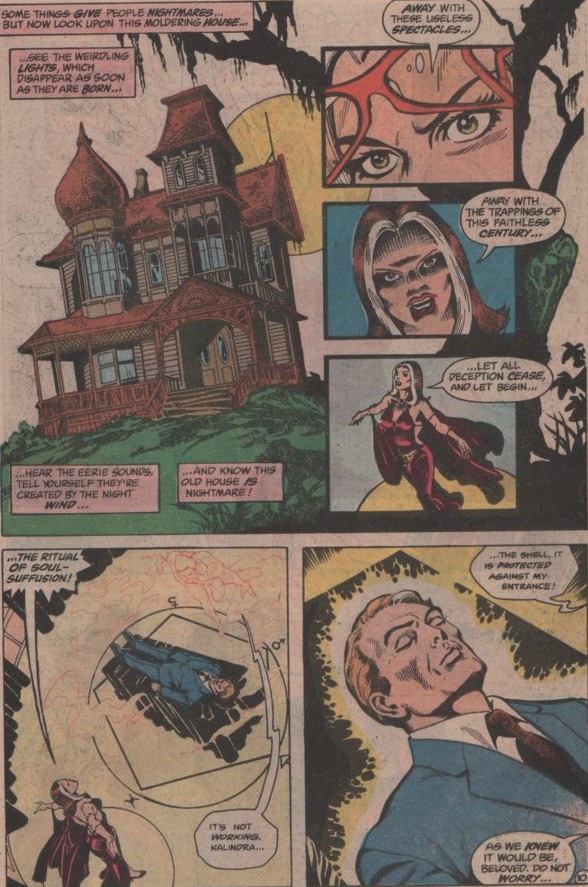 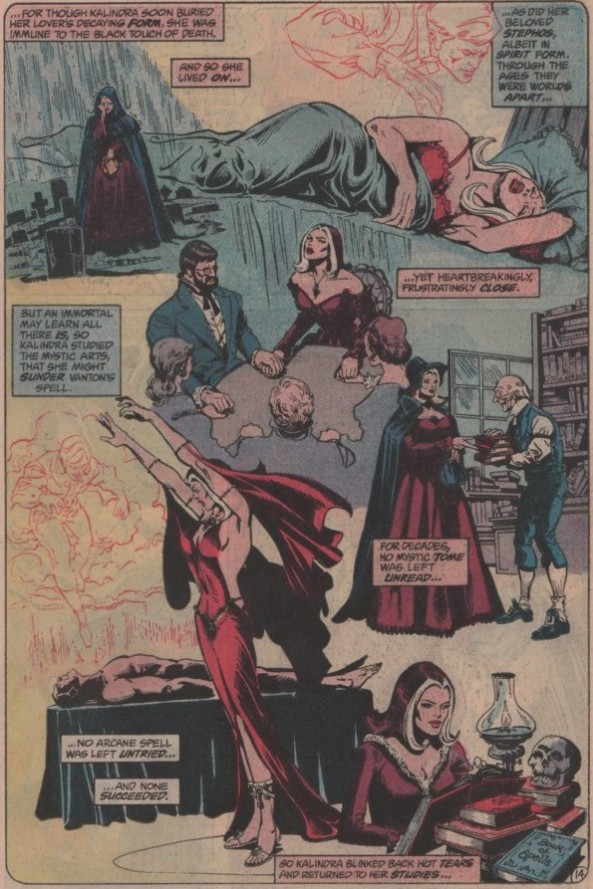 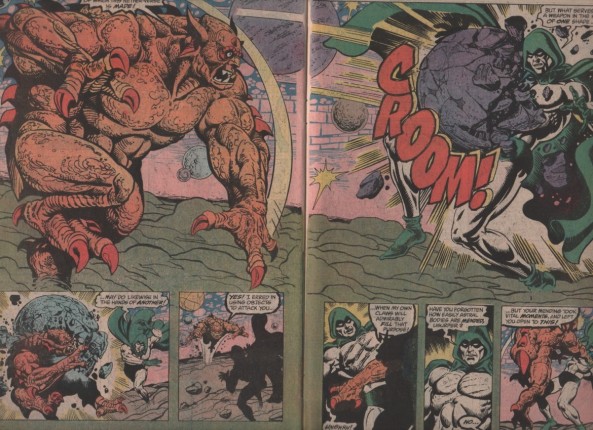 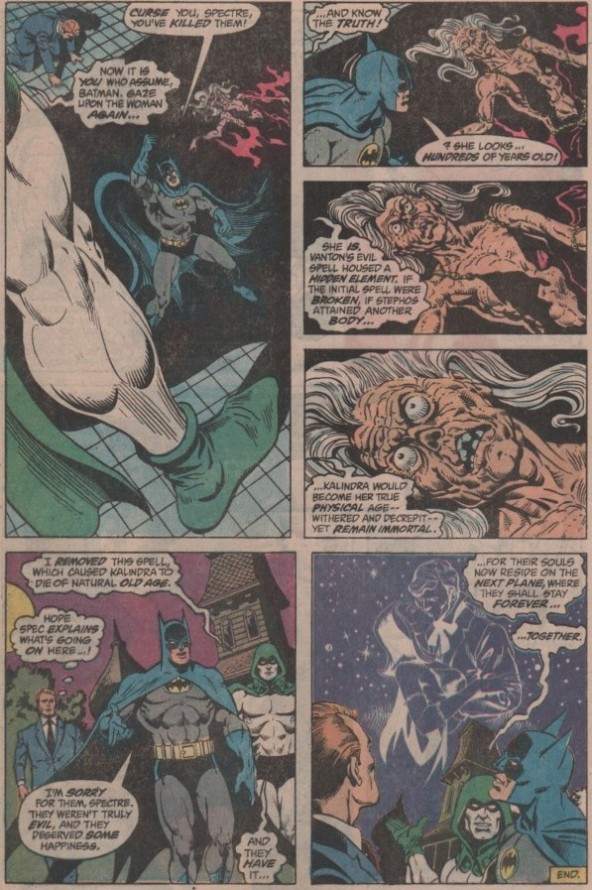