In a continuing effort to purchase more DC comics, as well as holiday themed books as well, I recently bought this one. Shortly after buying it, i discovered an episode from a podcast (click here for the episode > Chris and Reggie’s Cosmic Treadmill) spotlighting this very issue. This book is a compilation of reprints, ranging in years from 1968 to 1984! There is only one thing that doesn’t resonate with me about this entire book, but that’s for later!

There are six stories in this book, and four out of the six feature a lot of Batman and/or Superman. As well they should, with both being the breadwinners of DC comics since the late 1930s! That’s what’s called “staying power” and they aren’t going away. Both are still hugely successful in pop culture today.

The two Batman stories have some real star power behind their creation. In “Wanted: Santa Claus- Dead or Alive!”, Denny O’Neil (writer), Frank Miller (pencils) and Steve Mitchell (inks), Glenn Whitmore (colors) and Ben Oda (letters), round out the creative team. They give us a wild tale that sees Old St. Nick get shot!

Next, the entire JLA is brought in to find out the identity of “The Man Who Murdered Santa Claus!” Oh, one caveat o that statement. Hal Jordan doesn’t make it to the team because…he slipped on a bar of soap and hits head, knocking him unconscious (yep, for real). Len Wein (writer), Dick Dillin and Dick Giordano (artists), and Glenn Whitmore (colors). 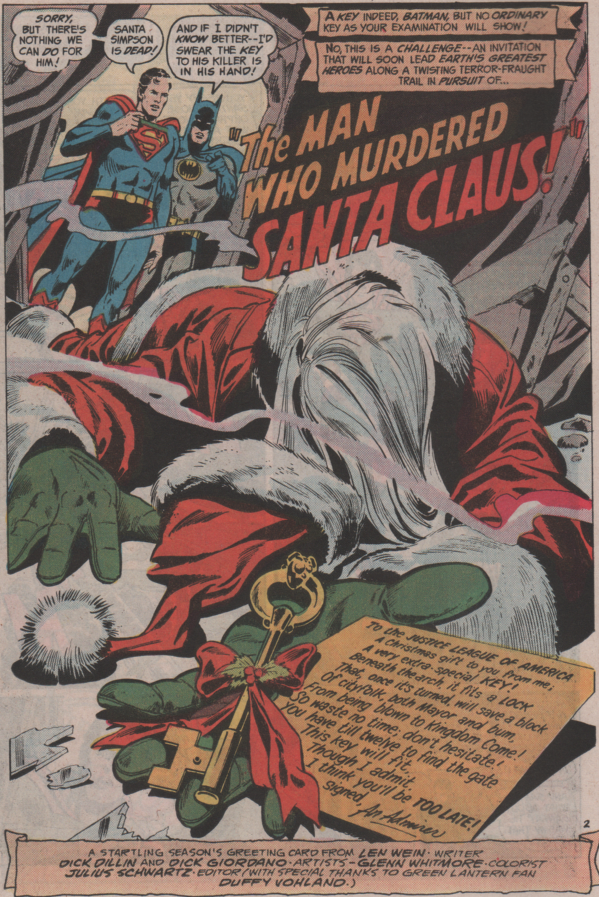 In a parody of the Charles Dickens story, the Teen Titans give us “The TT’s Swingin’ Christmas Carol!” Written by Bob (Zany) Haney, art by Nick Cardy, and colors by Helen Vesik.

The fourth story (the weakest of the bunch) is called “Star Light, Star Bright…Farthest Star I see Tonight!”, is one that features the Legion of Super-Heroes. Nothing spectacular here but a decent story by Paul Levitz (writer), Jose Luis Garcia-Lopez and Dick Giordano (art), Ben Oda (letters), and Jerry Serpe (colors). 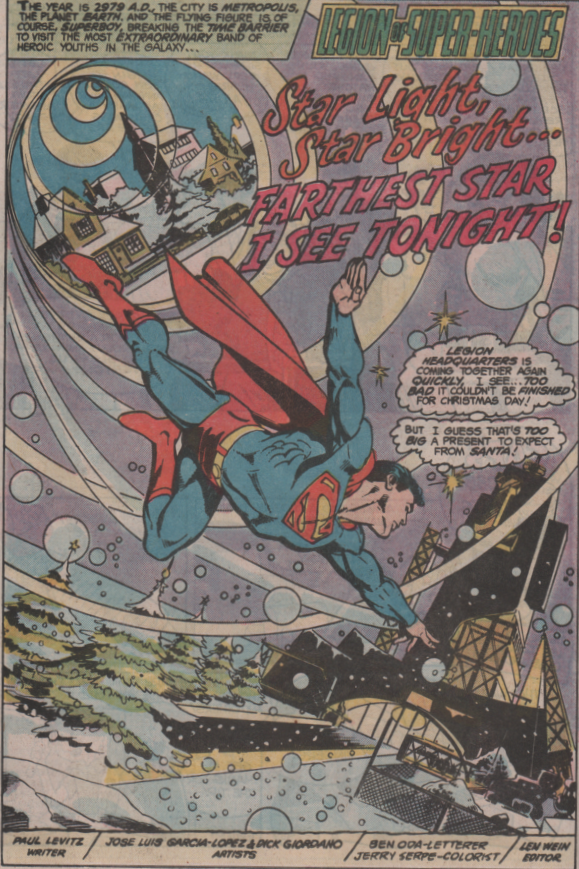 The following story (‘Twas the Fright Before Christmas!) about Superman, Santa Claus, and a wild kid that has some toys that are unique in nature because they were made by the Toyman! Written by Len Wein (plot assist by E. Nelson Bridwell), art by Curt Swan and Murphy Anderson, colors by Jerry Serpe, and letters by Ben Oda.

Lastly, another tale starring the Dark Knight of Gotham is here! This one is more of a fun story with Bats and Commissioner Gordon hanging out together on Christmas Eve. Story by Mike Friedrich, art by Neal Adams and Dick Giordano, and colors by Jerry Serpe. And let us not forget the incredible wrap-around cover by John Byrne! 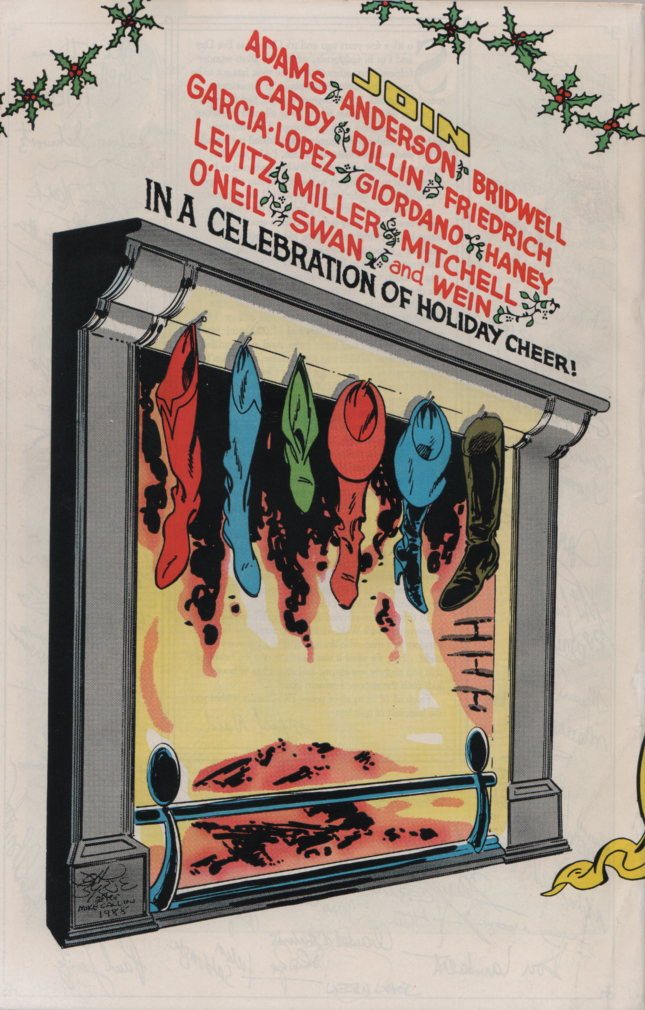