The recent search for Marvel black and white magazines from the Bronze Age, has brought some interesting books to the forefront on the blog. The cover, being so awesome and naming the creative team was all it took. There’s also a fascination with Arthurian lore for sure, and quite honestly, isn’t everyone a part of that enthralling genre?

An adventure story involving knights, magic, and everything else you can think of is inside this book! Most mags from this era have multiple stories in them, but not here. This one is so strong it runs fifty-five pages long, and each one is a masterpiece by the creative team.

Speaking of the creative team, the familiar names from the ages are front and center. The artwork is off the charts in this book and we have Big John Buscema (pencils), and the inking team of Tom Palmer and John Tartaglione to thank. The story is by Doug Moench (script) and John Buscema as well! Not to be left off the list, is letterer John Costanza, who does a magnificent job on this one (calligraphy). 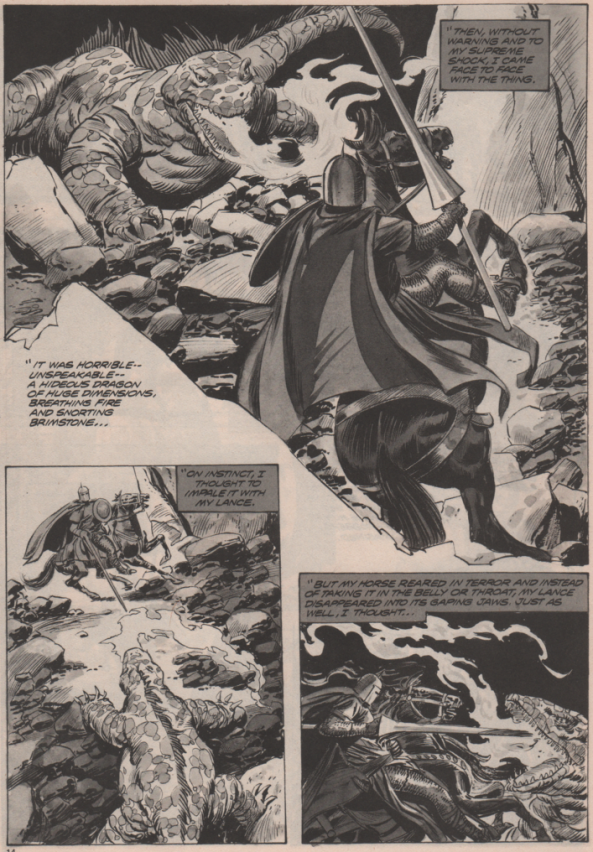 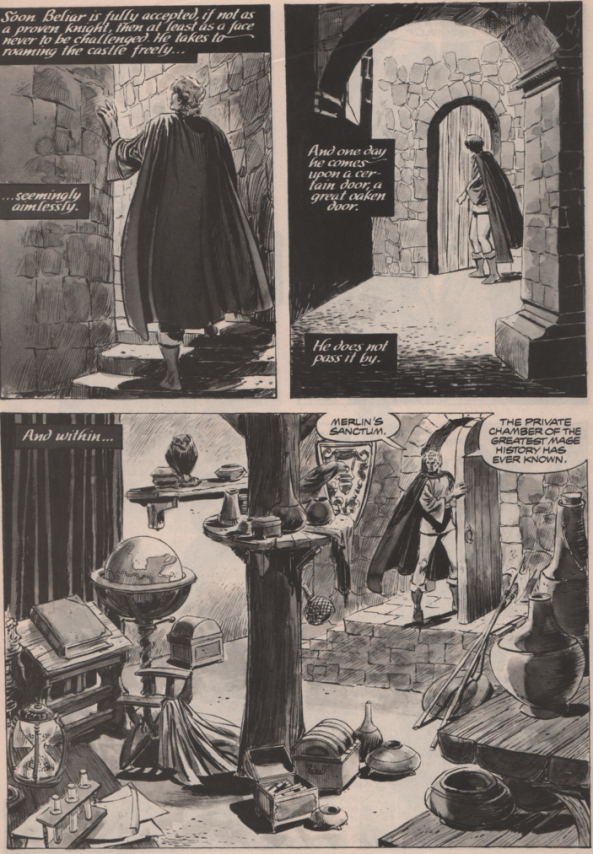