I’ve been on a Fantastic Four kick lately with my buying/reading habits. Either through “Marvel’s Greatest Comics” or the volume one series itself, Marvel’s First Family has me hooked! Unlike a lot of FF fans, I love the post-Kirby/ pre-Byrne era of the team (even more so than the Byrne run…I know, heresy!). Yeah, you didn’t get much in the overarching plot department, but you did get some very cool and quirky stories from people like Marv Wolfman, or in this case, Len Wein (writer), George Perez (pencils), and Joe Sinnott (inks).

Speaking of the latter of those gentlemen, after looking at several different artist’s work, I think I’m convinced that Sinnott is my favorite inker of all time. His inks are very consistent, and concise, and have worked great with some of the best artists in the industry. Well, without too much prattling, this story gives a look at some of the back-matter of the newly installed and mysterious nanny of Franklin Richards, Agatha Harkness! Her origins were very ambiguous but this issue introduced the Salem Seven, and we were able to pull back the veil and see some of her beginnings! 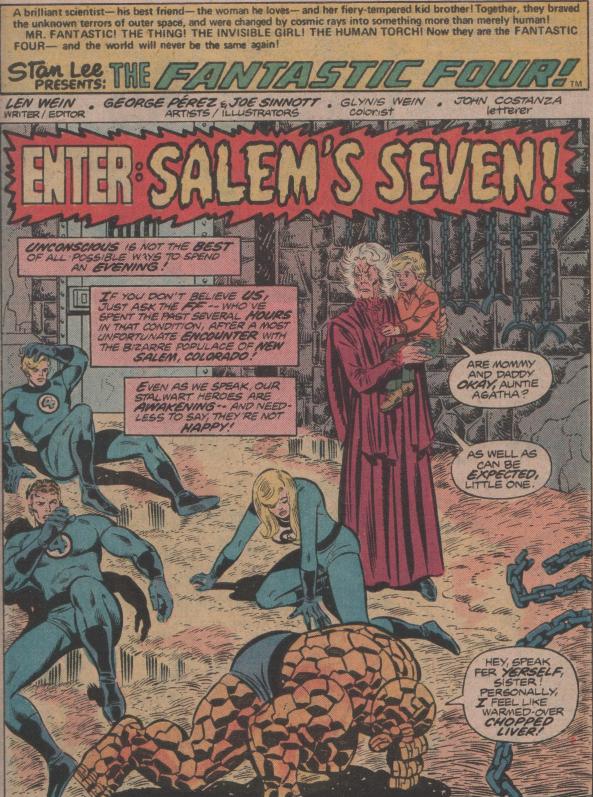 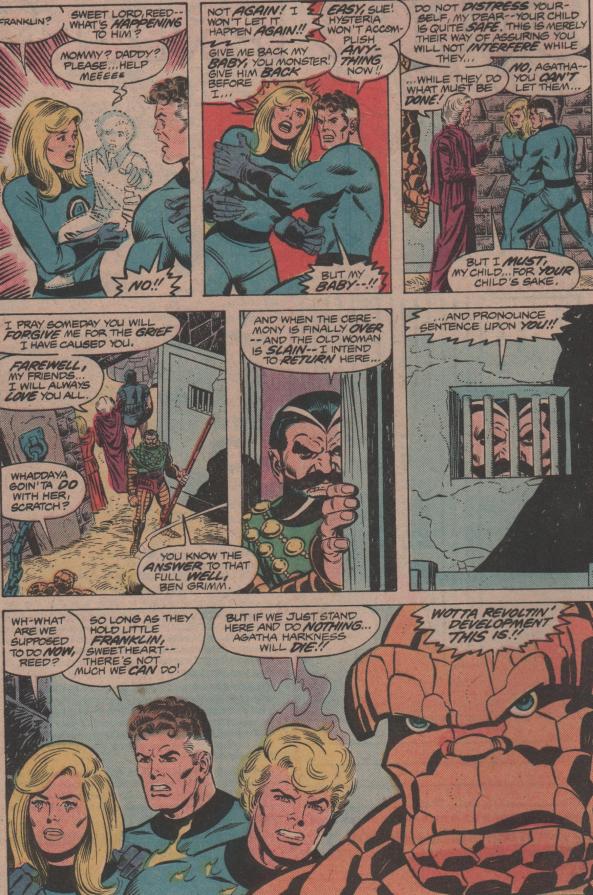