Continuing my look at “made for TV” movies, this week brings something from the realm of Bigfoot or the Yeti, in Snowbeast! This movie is one that usually flies under the radar for most people, but definitely give it a chance! You get the ultimate male himself, Clint Walker, a couple of gorgeous women, and of course, a bloodthirsty beast! Some of the “special effects” are quite laughable, but a decent story is there along with good location shots. OK, let’s get down to business!

The film begins with two women skiing through the snow in a remote area. As they stop for a quick break, one of them is leery that something “funny” is going down (I guess women’s intuition or ESP?). As they keep going, something sinister is watching from the tree-line. They spot some huge tracks in the snow, but the one girl isn’t impressed. A loud growl comes from the nearby trees, and an unseen beast jumps on one of the girls, while the other one barely escapes with her life.

The scene switches to a local ski lodge, and its owner, Mrs. Carrie Rill (Sylvia Sidney), is announcing the events that are going to take place over the next few days, during their annual winter carnival. The crowd is pumped up, and cheer her on, then the “snow queen” (from last years event?) shows up, and steals her thunder. just at that moment, one of the lodge’s ski patrol men comes in and tells the owners grandson, Tony Rill (Robert Logan – image below), that something happened out  on the slopes. The two men then go to see the girl who escaped from the beast, and talk to her about what happened. She tells them her story, but they don’t believe her initially. The girl remarks that she’s going to call the girls parents, but Tony tells her not to worry, that he’ll find the girl. He and the others search, and Tony eventually finds her jacket, torn to pieces. He then hears a shriek from the woods, and gets terrified.

Back at the lodge, Olympic skiing champion, Gar Seberg (Bo Svenson), arrives and gives out a few autographs. He and his wife, Ellen (Yvette Mimieux), make their way into the lodge, and then meet up with Tony. He’s glad to see his old friend, and old girlfriend. One of the patrol guys asks to head out and search for the missing girl, but Tony tells him to forget about it. He goes out anyway, but runs into trouble. As he’s skiing along, he hits a rough spot, and takes a dive. He slips over an embankment, but manages to reach the top. As he does, a giant hairy arm reaches out for him, and we can only guess what happens next. The creature then decides to watch some people at a nearby cabin. A boy and his father make a grisly discovery in their outbuilding though, as they see a gruesome scene of the missing girl’s body torn to shreds. 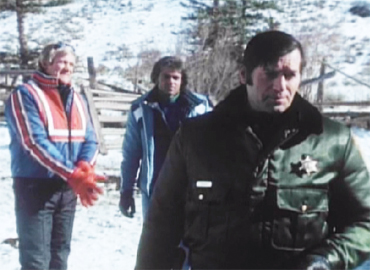 The police are called in, and Sheriff Paraday (Clint Walker), is stunned at the ferocity of this crime. Back at the lodge, Tony decides to tell Gar about the missing girl, and the Yeti theory. He’s less than optimistic, but does listen to him. The two talk, and Tony tells Gar about the torn jacket he found along with the blood, and he begins to convince him. One of the sheriff’s deputy’s comes to the lodge and tells the owner that they want to see Tony out at the scene of the crime right away. Ellen happens to be skiing in that area, and sees the commotion. She also sees footprints of the beast, and being a reporter, is intrigued. The sheriff notices her going through a hollow, and wonders who it is and what she’s doing near this area.

Later, Tony and Gar are on snowmobiles trying to get to the farm where the body was found. Ellen is getting close to something, and keeps pushing forward. Tony and Gar then meet up with the sheriff, and ask to see the girl to identify her by seeing her face. The sheriff informs them that she has no face. He questions Tony about it, and the two are at odds over how to handle the situation. Tony wants to find the beast, but also to keep it quiet so the lodge doesn’t get any bad press. Out on the slopes, Ellen is still hot on the trail of the beast, but then she hears the beast shrieking nearby in the forest.

Back in town (and later in the evening), we see most of the skiers in a gymnasium, getting ready for more events. The pageant is underway, but outside, skulking around, is the creature. As the crowd grows in size, the festivities are at an all-time high, the creature smashes through a window, and everybody panics. A woman pulls in with her car, and the beast attacks her, killing her savagely. The queen rushes out to the car but sees her mother dead, and has a breakdown. The sheriff and his posse don’t know how to explain this, and Mrs. Rill tells Gar to find Tony and tell him he was right. Gar goes to his cabin, and is feeling guilty about not having been on the slopes since his Olympic days. He then sets out to hit the slopes and conquer his fears, and find Ellen, who has gone missing. He finds the farm where the first body was discovered, and inside is Ellen, who got lost, and was bedding down for the night. 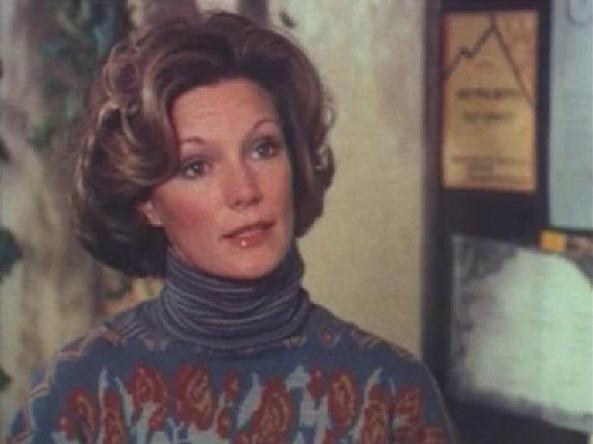 The next morning, Gar and Ellen wake up, but before they can leave, the beast attacks the barn! it busts up the doors and grabs at them through the windows, but they evade it for a while. Just as it seems like the beast might get them, it runs off. It heard the snowmobiles coming, and it’s the sheriff, one deputy, and Tony, who are out looking for Gar, Ellen, and the beast. The sheriff sees the beast run into the woods, and pursues it, but Tony helps his friends. They head back to the lodge, and Gar volunteers to help the sheriff and Tony hunt it down. Just as they’re about to leave, a deputy comes in, and tells everybody that the sheriff shot the beast. As everyone goes outside to look, they see a dead Grizzly Bear, lying on a cart. Gar and Tony give the Sheriff the evil eye, because they know that it wasn’t a bear. The three men, plus Ellen, then decide to go up into the mountains, track the beast and kill it!

I’ll stop here because anything else would be going to far! I will not be held responsible for spoiling this classic! 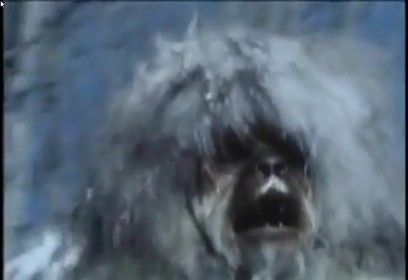 Alright, this movie is total cheese and totally 1970’s! Of course this is why I like the film, but even any horror fan will get a kick out of this flick! Clint Walker is great at being the “tough guy” sheriff, and Robert Logan does a solid job as the part owner/ conflicted ex-lover (of Ellen). Speaking of Ellen, Yvette Mimieux is average at being the damsel in distress, but really doesn’t offer much more than that. Her attempts at being the ex-lover of one man, but the husband of his friend, is kind of weak, and quite frankly, she seems a little promiscuous in the early scenes (being married to Gar but almost willing to  sleep with Tony).

The real stars of the movie is the Yeti, and the locations. You don’t get to see the Yeti in full view until the end scene (kind of), and that’s a good thing, because your imagination can probably think of something more terrifying. The locations were fantastic though, and really added a lot to the film. They also used a fade out technique (for the commercials) that was cool. Right when the scene was going to end, or basically, the Yeti was about to  kill someone, the screen would slowly fade out with a red hue to it, and then freeze.

Listen, I’m pretty sure this one is public domain, so give it a shot. You won’t be spending any money, but you’ll never get back this 85 minutes either. So, look at it this way. Would you rather be cooking, cleaning, or working? Probably not, so hit up the link below, and watch away on some rainy Saturday!