I recently declared in a group on social media that I read the greatest Batman comic of all time, and could now die a happy man. Some thought I was joking…I wasn’t…not one bit. Yeah, I know The Dark Knight, Birth of the Demon, The Killing Joke, The Long Halloween, etc., etc. all get the critical praise, and rightly so, but my tastes are a little different (and I have read most of those stories). Batman meeting Fatman cannot be topped. A cover showing Robin getting the stuffing knocked out of him by a faux Santa Claus is pretty cool as well! The other stories in the book are good stuff and Elongated Man has always been one of my favorite ancillary characters in the DC universe. The Batgirl/Robin story is solid, but the real gem is the ludicrousness of the Batman/Fatman story. It is awesome. 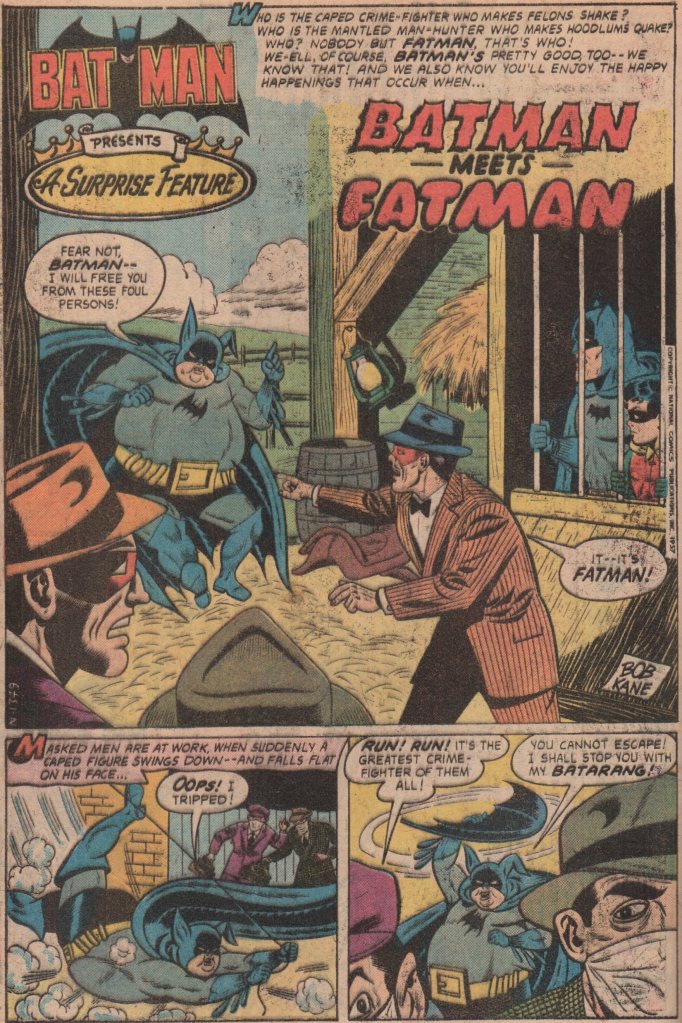