Everyone knows there isn’t a more pompous, self-aggrandizing hero than Namor, the Sub-Mariner! It’s part of his charm, apparently. Personally, his exploits on land as an Avenger are much more intriguing to me, but every so often, we get gold in an underwater adventure. As always, the story is lifted up beyond its hero by the proper villain. And Subby doesn’t have a better villain than Orka–The Human Killer Whale! And if he wasn’t enough, throw in Virago as well!

An issue that’s a straight up fight with a villain of the week, for sure, but also an entertaining one. You get Subby with his usual grandstanding, shouting, etc., also a ton of panels featuring Atlantis and it’s inhabitants. Plus, Orka is just a crazy villain (he’s definitely in my top ten), you can’t help but love this issue. There’s also a neat little back-up story (also written by Gerber) “Tales of Atlantis” with an all-star creative cast as well!

Written by Steve “Baby” Gerber, art by “Dashing” Don Heck (pencils) and “Dapper” Don Perlin, colors by Petra Goldberg, letters by Charlotte Jetter, and edited by Roy “The Boy” Thomas! And let us not forget the outstanding cover by Gil “Sugar”  Kane (pencils) and “Mirthful” Mike Esposito (inks, with some slight alterations by John Romita)! 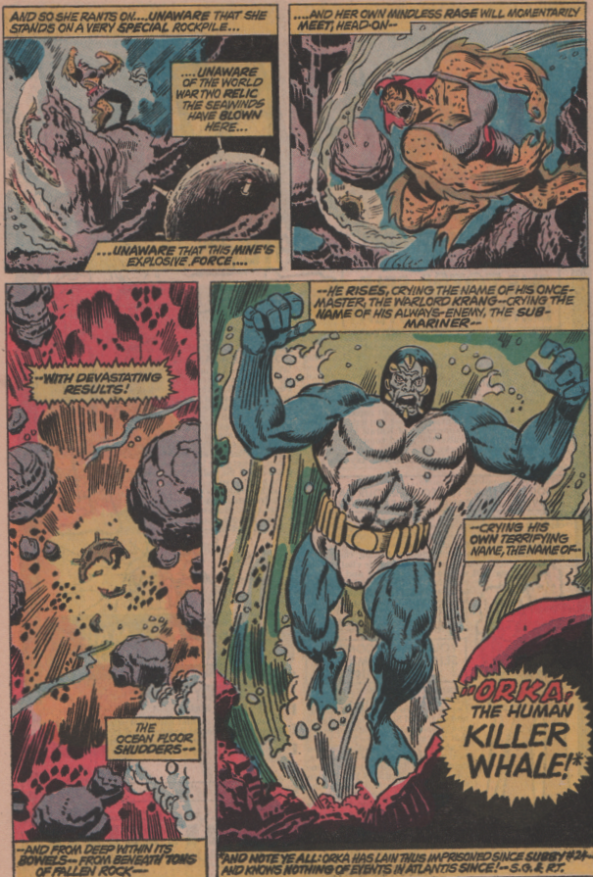 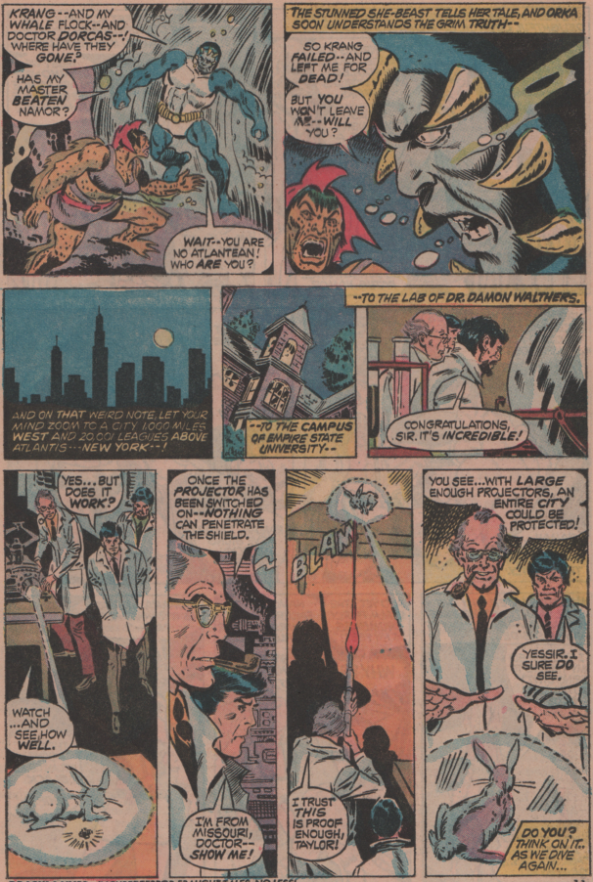