After recently visiting a small show in New Jersey, I came home with twenty new magazines from the Bronze Age! These new mags are the very first I’ve ever read from Warren publishing! It took a long time to get some of these fantastic issues, but it was worth the wait! This first one I’m going to spotlight is a cracker, and it has some incredible artwork inside, and an unbelievable cover by Manuel Sanjulian!

Inside the front cover and back cover, you get a quick look at some of the backstory of Vlad the Impaler, A.K.A. Dracula! Cool little tale with great illustrations. Fred Ott (script) and Aureleon on art.

The first story of the actual issue is “And an Immortal Died” by writer Bill DuBay and artist Tom Sutton! We see the immortal Count Dracula, Vampirella, and more! Twelve pages of Sutton artistic brilliance, along with an interesting story! Definitely the gem of the book!

Next up, we get one of the craziest stories I’ve ever read (“The Things in the Dark“). You see, there is a local ghost story about a certain graveyard, and three boys are about to find out if there is any truth to it! After one of them does find out the hard way, there is an old man that recruits a local psychic investigator to help with the matter. But he might end up as worm food as well! Written by Fred Ott, with art by Jimmy Janes.

The third story is “Garganza,” and cerrtainly the weakest of the book. Basically a Kaiju story without any real substance that doesn’t pull you in. Bill Warren writer, and Paul Neary artwork.

“The Root of Evil” is a story that reminds me of something Amicus studios would’ve put out in the 1970s. A twisted tale about a woman who takes in an alcoholic as a renter. He soon becomes a victim of an insidious scientist. Written by Mike Jennings, with art by Martin Salvador.

The penultimate entry in this book is called “Planet of the Werewolves” and it (ahem) slightly mirrors the movie Planet of the Vampires by Mario Bava.  We look in on a spaceship with scientists that crash-landed on a distant planet that has been beleaguered by Werewolves! Story by Gerry Boudreau, and art by EC comics stalwart, Reed Crandall!

Finally, we get an entry into an ongoing story “Dax the Warrior.” A story with a Conan-esque character, Dax, as he must free his captive mate, and slay the Giant! Story and art by Esteban Maroto! 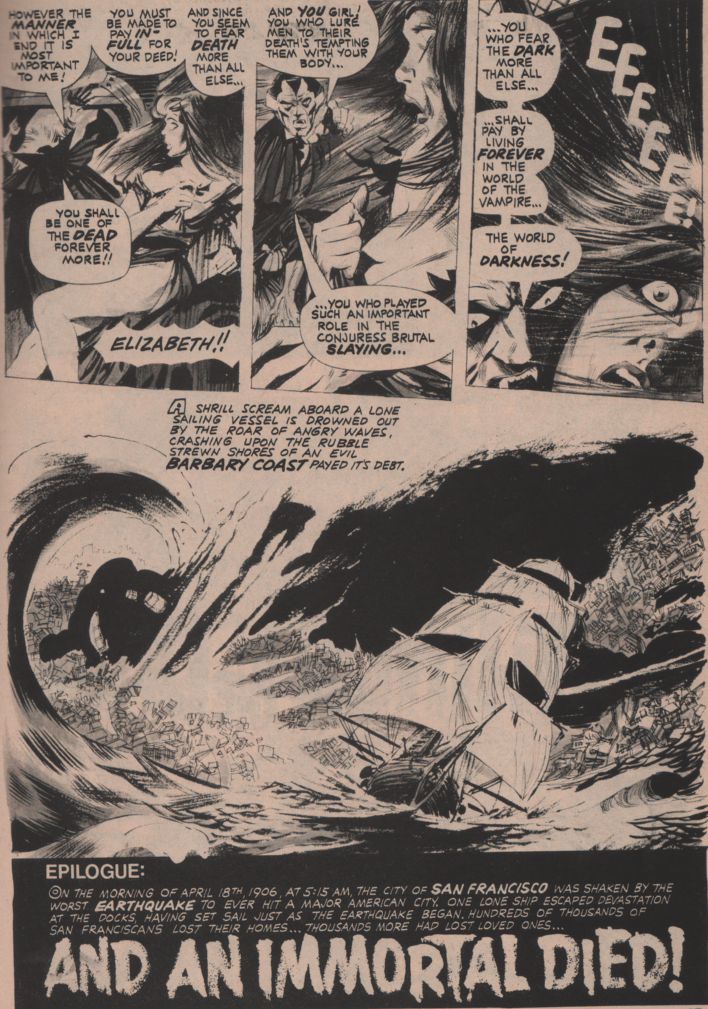 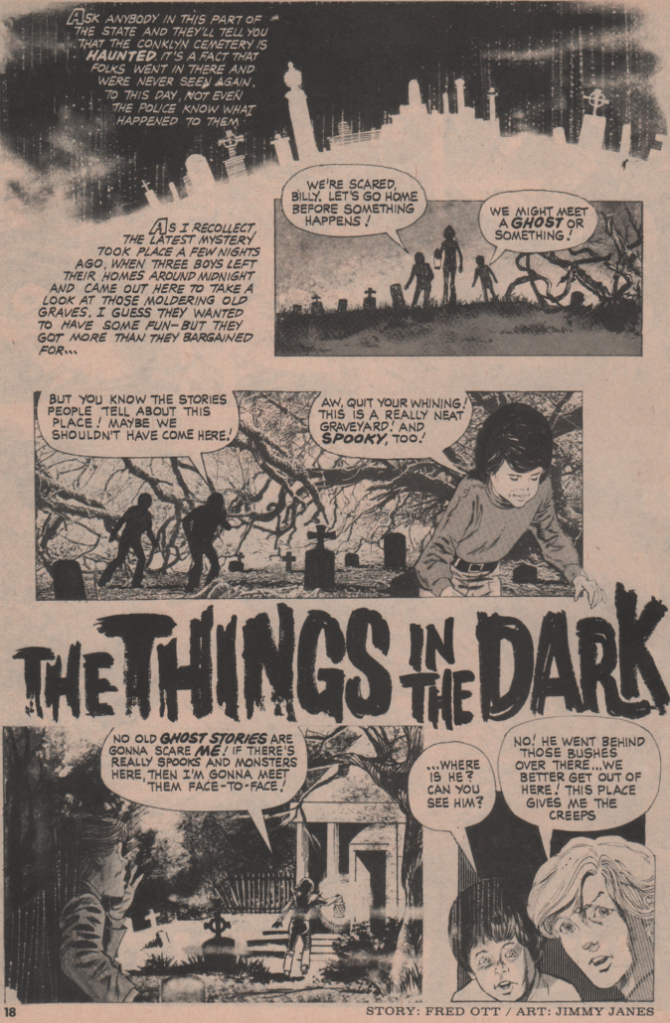