Title: It Conquered The World

If you put aside Hammer and Universal Studios, I think I’d have to give AIP the nod as far as movie studios go in the impact category. Their horror and sci-fi films were great. Sure, they didn’t have the biggest budgets, so the special effects weren’t the best, but the stories were cool, and they always found good actors for the roles. Whether it was “The Amazing Colossal Man” or “Blacula,” AIP always gave it their all when producing a picture!

Speaking of pictures, you’ll love this one as any watcher of this film will tell you, it’s a sci-fi classic that must be viewed! The film isn’t very long, but does have a few actors you’ll definitely recognize. Well, without any more interruption, here’s the plot… 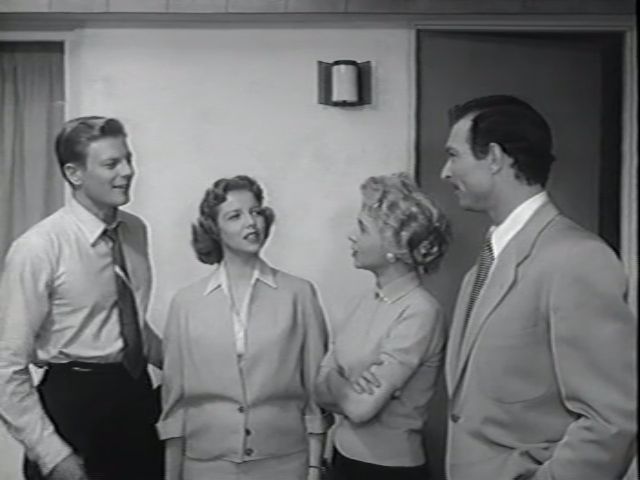 The film begins with four scientists, as they’re keeping an eye on a space probe that’s circling the Earth. Dr. Paul Nelson (Peter Graves), remarks at how much the satellite cost, and that everything better go as planned or this project will get dumped. In a nearby office, a general, Secretary Platt, and another man, Dr. Tom Anderson (Lee Van Cleef), is explaining to them that this satellite business must stop because the aliens will put a stop to it if they don’t. He vehemently pushes back, but they don’t care. Later that day, Tom and Paul, who are good friends, are having dinner together (both wives are present too). Tom takes the time to tell Paul that he’s made contact with an alien via his radio transmitter. Tom’s wife, Claire (Beverly Garland), is reluctant for Tom to tell him what’s going on, but Tom doesn’t care. He shows Paul his radio but just then the telephone rings, and Paul is called away to the lab.

Back at Tom’s house, he and Claire argue over the revelation about the alien. She’s very wary about this, but Tom is convinced the alien is going to help humanity. Over at the installation, the satellite lost contact with Earth, and they can’t figure out why. Tom then makes contact with the alien, and informs Tom that he hitched a ride on the satellite to Earth. Claire begs Tom to come to bed, but he refuses, and tells her he’s going to sleep by the radio. She doesn’t seem to broken up about it. 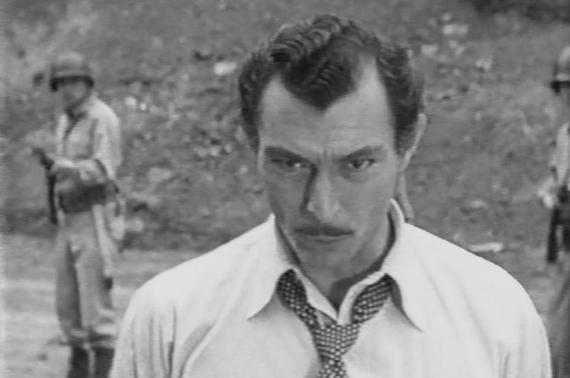 The next day, the satellite crashes, and the alien arrives. He hides out in a cave near some hot springs, as to closer simulate the climate from its home planet of Venus. Suddenly, every mechanical device n town stops working. Apparently, the alien wants to create chaos, and knows this will get everybody crazy in a short period of time. We next see Tom talking to him again, and giving him a list of names of the most influential people in town (I guess the alien has the Yellow Pages?). The alien responds, telling Tom that he has a control device he can use to subjugate the populace with. Just then, we see the alien, as it release these bat-like creatures that have stingers that implant a radio controlled device when they sting the back of the neck. 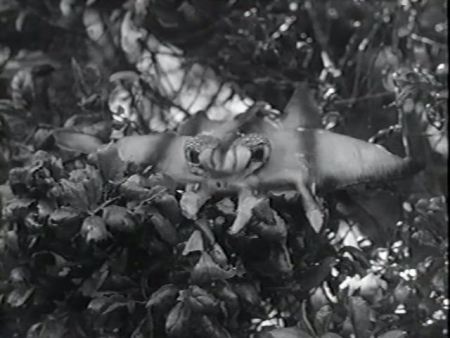 The first victim is the sheriff (Taggart Casey), and he gets hit immediately. Next is the general that runs the facility where Paul works. He attempts to hot-foot it to somewhere, but gets attacked by one of the bat creatures. He attempts to pistol whip the creature, and not shoot it…yeah. So, anyway, moments later, two of the biggest wheels in the area are under the control of the alien, and there are more to follow. Paul and his wife were on their way to town, but when their car died, they went to Tom’s house. He then tells them the whole story, and both of them are appalled. Paul tells him he’ll never submit to this alien, and Tom is not happy. Tom then takes them home, and the alien tells him that he must be assimilated. 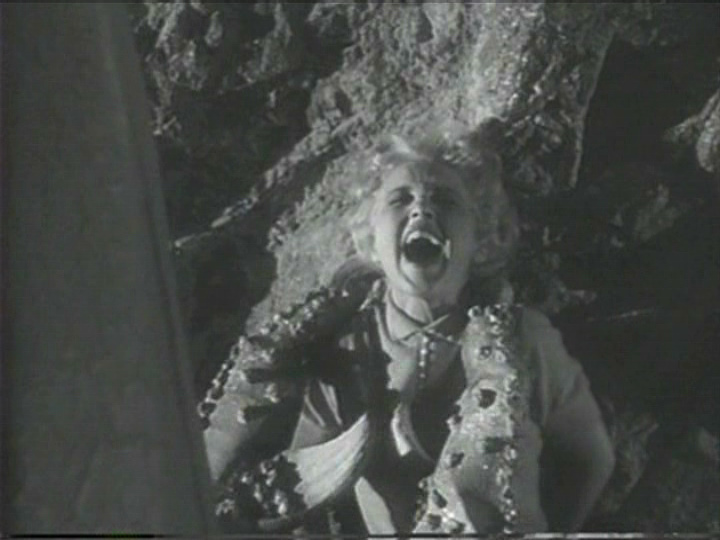 Back in town, the sheriff tells everyone to get out-of-town, and they listen. One man wont leave, and the sheriff shoots him in cold blood! Paul questions him about it but he only says that the master wants everyone out-of-town. The sheriff attacks Paul, but the alien tells him to let Paul go. Back at Tom’s house, he and his wife argue about the moral ramifications of this situation. Tom doesn’t care, and his wife storms off. Paul then heads to the installation, but is stopped by the general. Paul can tell something is up, so he whacks the general over the head, knocking him unconscious. He takes the general’s Jeep to Tom’s house and questions him further about the alien. Tom spills the beans about everything, and Paul swears he’ll fight this until his last breath, and storms off.

Can Paul stop this invasion by himself? Can he somehow rally the townspeople and stop this menace? The answers are here for the taking! 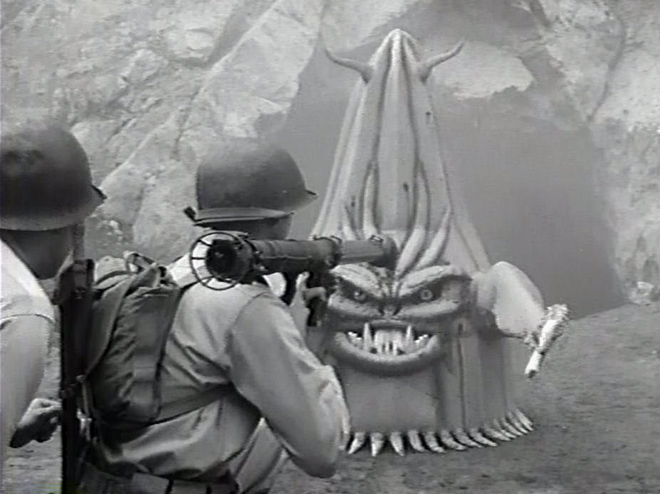 Just seeing Van Cleef and Graves at this early stage in both of their careers is great. You can see the potential in both, and that they had big things ahead. Beverly Garland was also pretty good, even though her scene near the end where she tried to act all tough in wasn’t so good. The rest of the cast was very milquetoast, and didn’t really add much to the film.

The sets were very plain, and basically what you’d expect from a low-budget offering like this one. The music score was just mediocre as well, except for a few short moments. The special effects were decent for 1956, and you’ll really get a kick out of the bat creatures that the alien has at its disposal. Lets be honest though, when you see Roger Corman’s name attached to something, you know you’re in for a wild ride!

Definitely give this one a watch, because you need to be able to say that you’ve seen an alien from Venus, right (and the beautiful Beverly Garland – image below)? 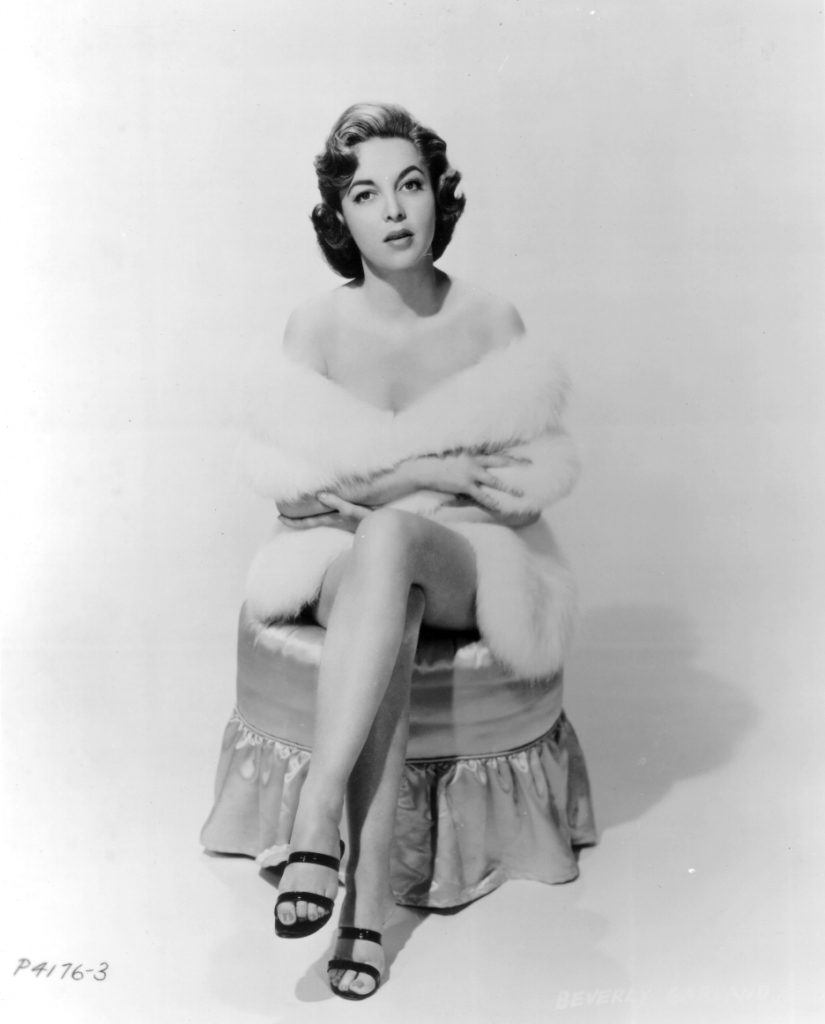