I’ve read a couple of good chunks of Ghost Rider (volume one), and a scant few issues of the other series throughout the years. Nothing resonates with me except the earlier stuff with Johnny Blaze. Why? I don’t know, but I can tell you that the earlier work not only dealt with the horror genre but also the biker gang phase of culture in the 1970’s as well. It may be the mystery that was so exhilarating, coupled with the horror angle, but whatever it was, it sticks with you. The very early work was tied in with Daimon Hellstrom (the Son of Satan), which also added a really cool vibe to the character. This issue (I showcased the previous one here) has Johnny still an amnesiac, and fawning over a girl named Gina. There usually was a girl who would pop up now and again, to try the romance angle, but most of them were flat compared to Roxanne Simpson.

The name Michael Fleisher (writer) isn’t one that is tossed around everyday. He had a pretty good run on this title ( as well as Conan, House of Mystery, and House of Secrets), but mostly fill-ins and such. Don Perlin (pencils and inks) is a man who I admire. Another name that’s usually lost among the titans, but one that everyone should know. Anyone that frequents my blog knows him name though! Diana Albers (letters) and Ben Sean (colors), round out the creative team. Not to be forgotten are the two Bob’s! Bob Budiansky (pencils) and Bob Wiacek (inks) gave us this cool cover! 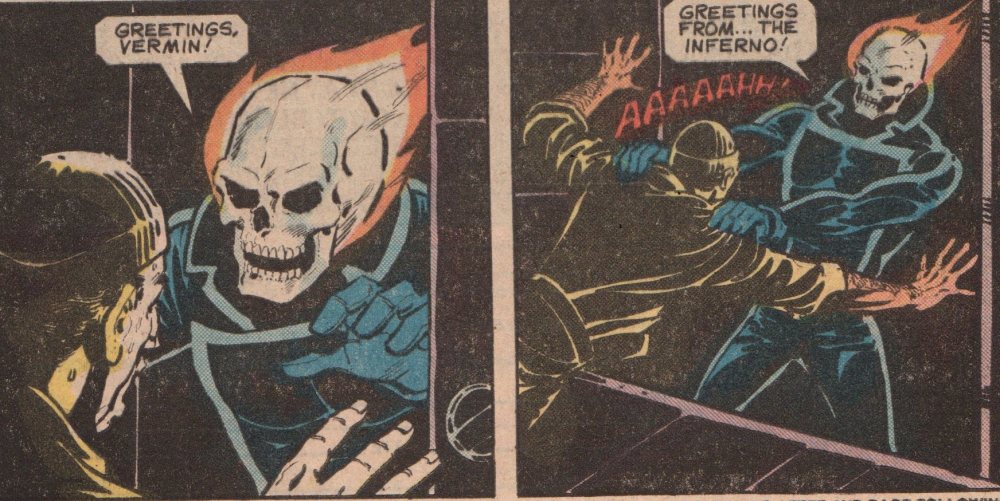 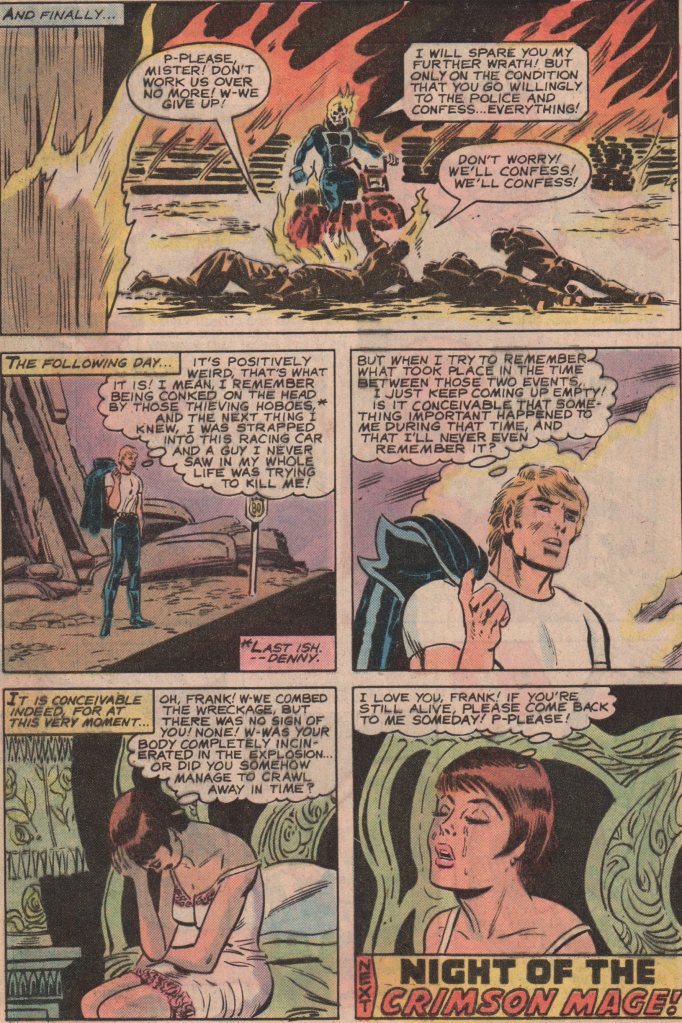