The character Daredevil is one that has so many extreme ups and downs since his creation in 1964. The last of the big names to come out of Marvel Comics Silver Age, Matt Murdoch has been all over the place. Hell’s Kitchen is his normal stomping grounds, but he spent a bit of time in San Francisco as well.

In this issue, a new villain is produced, and it’s one that’s even had a prominent role in a film! The spawn of Mephisto, Blackheart, is possibly even more vile than his father. Callously killing anyone that he wants, you get the feeling that if DD and Spider-Man can’t stop him, mankind is in big trouble!

The creative team on this one consists of Ann Nocenti (writer), John Romita jr. (pencils), AL Williamson (inks), Joe Rosen (letters), Christie ‘Max’ Scheele (colors), and Ralph Macchio (editor). That’s a pretty solid line-up with Marvel teetering on the edge of the dark times, and they deliver a solid issue. Nothing spectacular, but a good issue with a team up and first appearance. You’ll notice that Romita jr. hasn’t quite yet developed his now signature style quite yet. There are still some pages/panels that remind you of his father’s work, plus the inker makes a difference in the product as well. 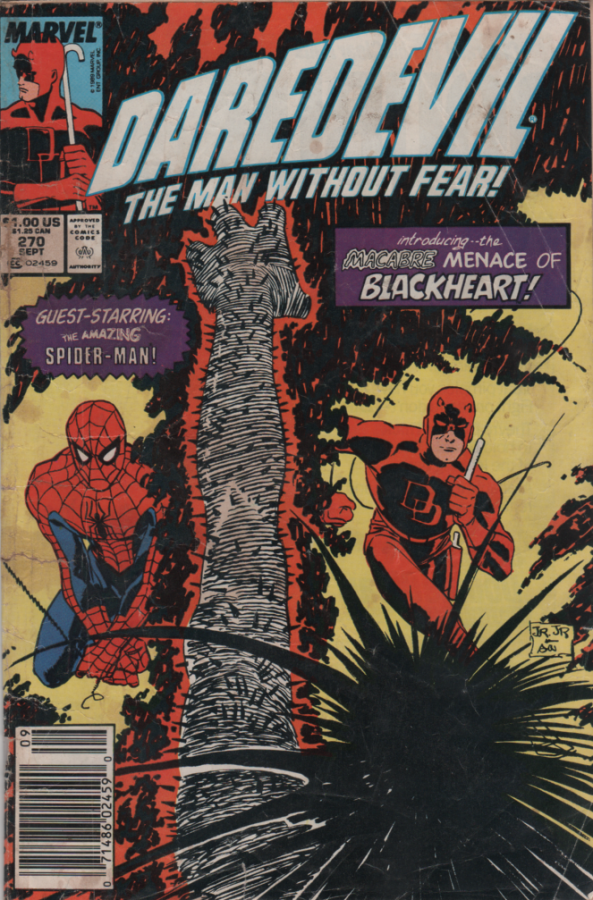 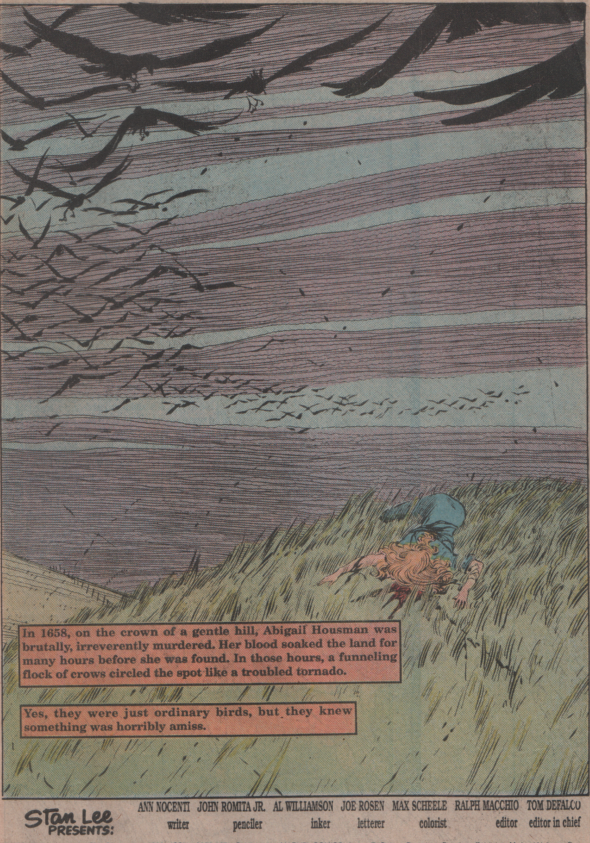