One of the easiest things to do is spotlight a comic book with a great creative team. This comic is very easy because the team consists of two of the best from the Bronze Age. Throw in an insane vampire, lost in some bizarre world he doesn’t understand, and voilà, awesomeness! So we see the man called Morbius, as he’s hazy about where he is and what’s going on. He comes upon two lovers, and the shenanigans ensue.

The title known as Adventures into Fear (only Fear in the indicia), was a reprint book in the beginnings but after the ninth issue, it switched to new horror material (featuring Man-Thing). After the nineteenth issue, Morbius, the Living Vampire took over! The man who wrote/plotted most of the stories (Man-Thing included) in Fear, was none other than Steve Gerber. Gerber really shined during his tenure at Marvel comics, and it’s a shame things ended the way they did, but at least we have the great comics we do! Art by P. Craig Russell (pencils) and Vince Colletta (inks), colors by George Roussos, and letters by Tom Orzechowski. The art in this one is fantastic, and really shows how the vampire is in different moods. Cover by Gil Kane and Tom Palmer! There is also a neat little reprint in the back of the book as well that features art by Gene Colan! 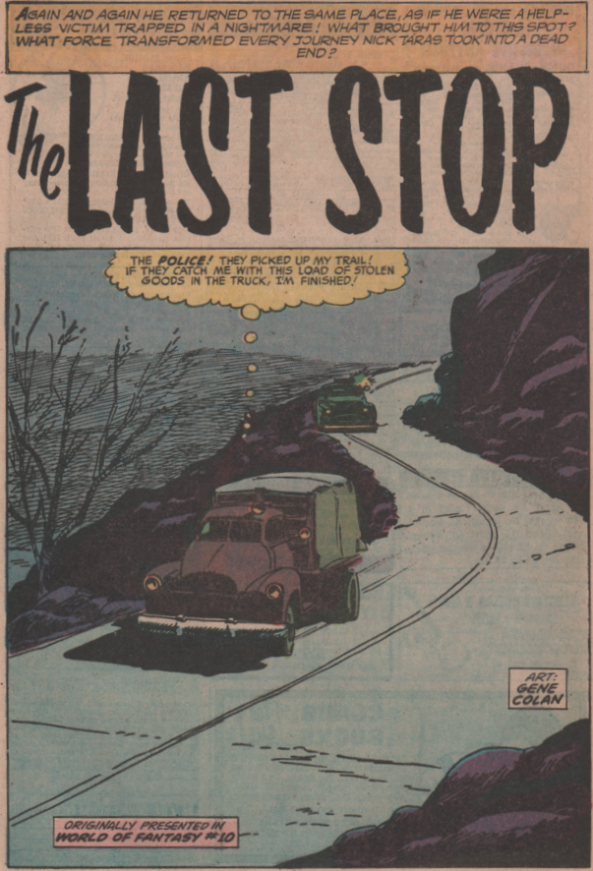