Time to crank up the weird on my computer, and offer another installment of Adventure into Fear! This book brings another chapter of the life of Morbius, the Living Vampire! He’s kind of weird character himself, but throw in a creature from another world that has a giant eyeball for a head, and sprinkle in a little blaxploitation with Blade the vampire hunter, and you get more Marvel Bronze Age madness!

The story is somewhat of a continuation from the previous issue, but then shifts quickly to “several weeks later” and an encounter between Morbius and Blade. Death, destruction, violence, cat people, etc., this one has it all! There is also a back up reprint story (“The Two-Faced Man“) with art by the legendary Joe Maneely!

The story was written by Steve Gerber, with art by P. Craig Russell (pencils) and Jack Abel (inks). George Roussos (colors), Jean Simek (letters), and Roy Thomas (editor) round out the creative team on the inside, but don’t forget that incredible cover by Gil Kane and John Romita! 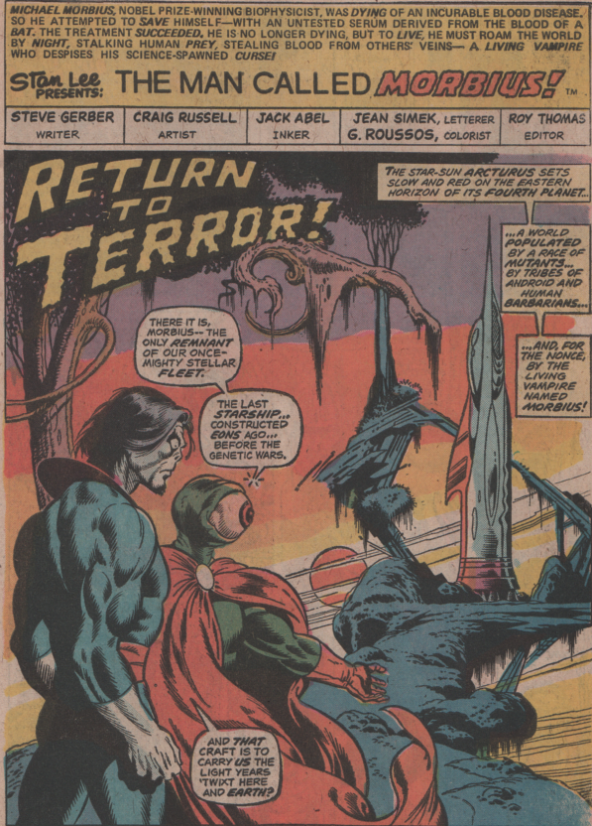 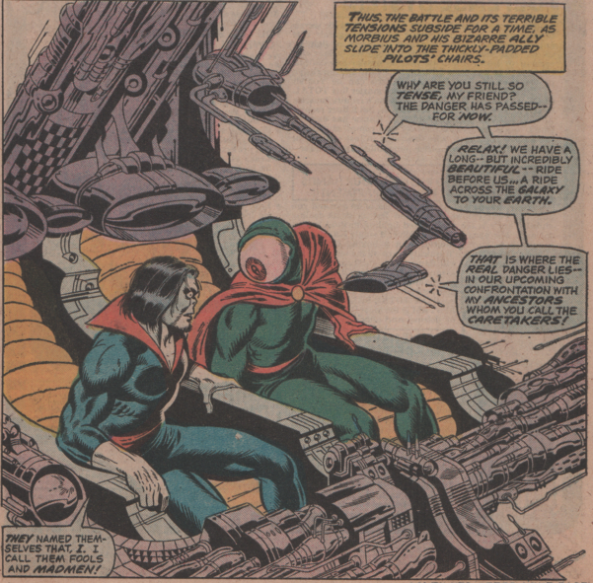 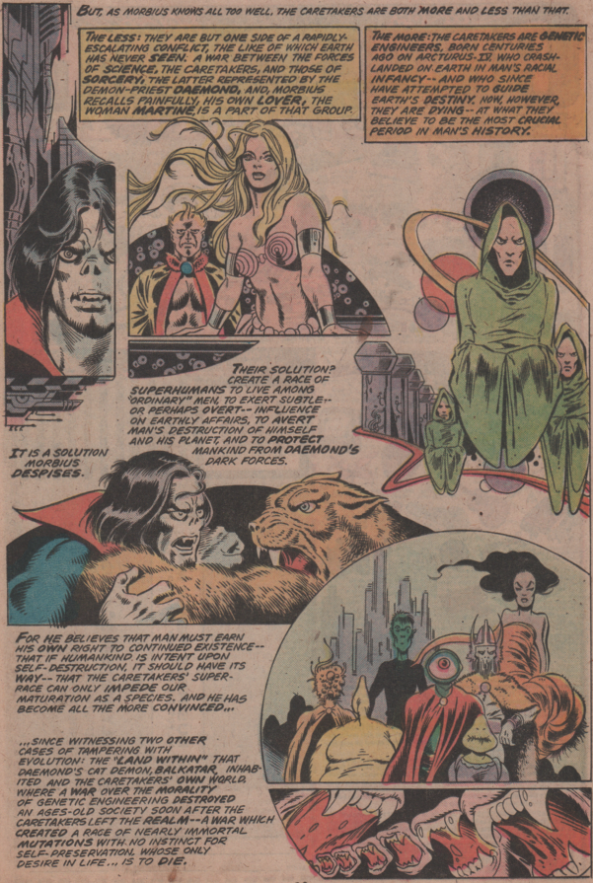 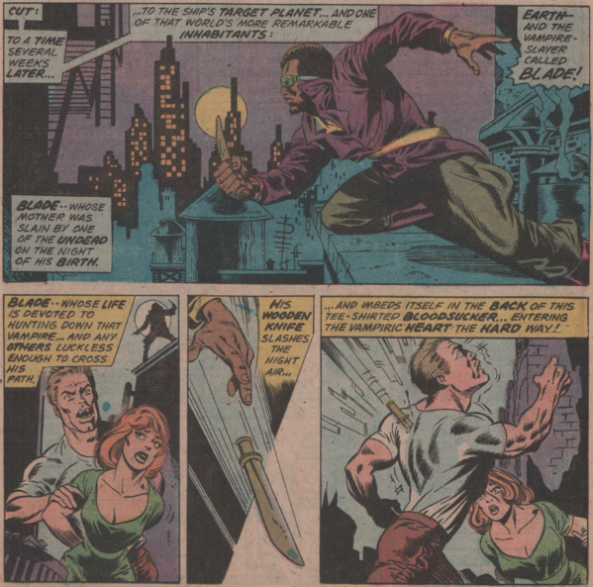 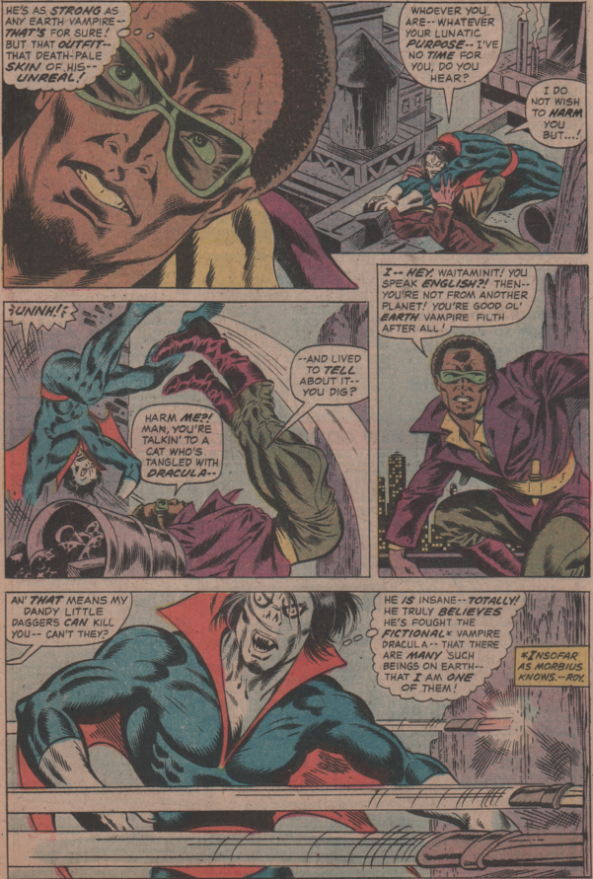 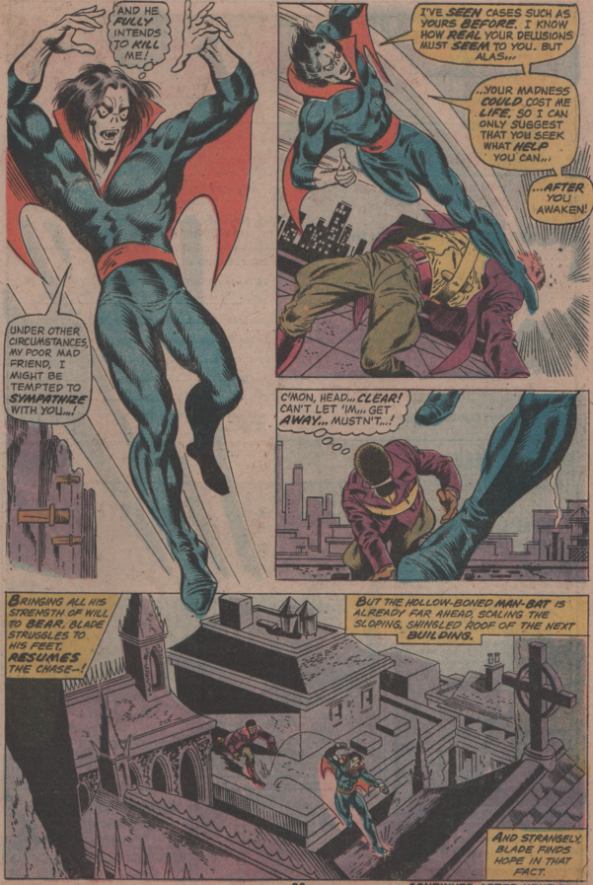 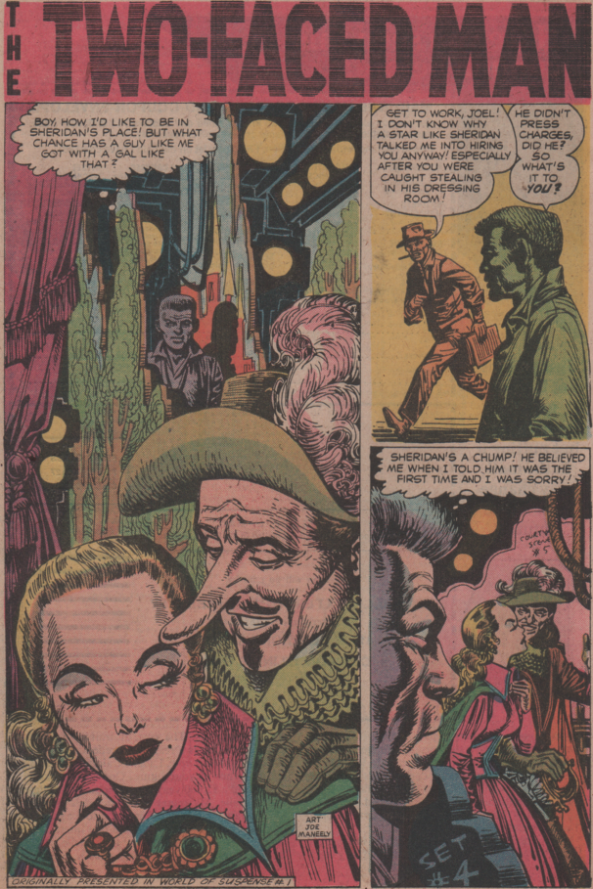