The character Conan, created by Robert E. Howard, is one that some feel can be a little one note, but Howard and those that followed did a great job in changing the surroundings, supporting cast, and opponents for the Cimmerian brawler. Case in point, these two issues where Conan must fight a vampire and his clan of razor-toothed warriors!

At this point, Conan has lost his love, Bêlit (she died in issue #100), and he has taken up residence with the Bamula Tribe (and become their chieftain), who is at war with the Kungado Tribe. Conan and his mates are viciously attacked by another tribe, called the Drelliks. These men are, in appearance at least, vampires! It’s going to take every ounce of strength and cunning for Conan to defeat these monsters!

One of the best reasons you can find to read these stories is of course, the creative team. Roy Thomas (writer), was the man at Marvel responsible for them acquiring the rights to print these incredible stories. Marvel then made the great decision to have first Barry Windsor-Smith, then ‘Big’ John Buscema create the visuals for these incredible books. His command of anatomy, ability to convey feelings through body language, and settings. His skills as a penciller are right at the top of the all time greats. Inking this legendary man, is Ernie Chan, who was the perfect fit for Buscema’s pencils, and the work shows it. Add George Roussos on colors, and Joe Rosen on letters, and the perfect comic book series is complete! The covers are both penciled by John Buscema, with the first inked by Al Milgrom, and the second by Bob McLeod. 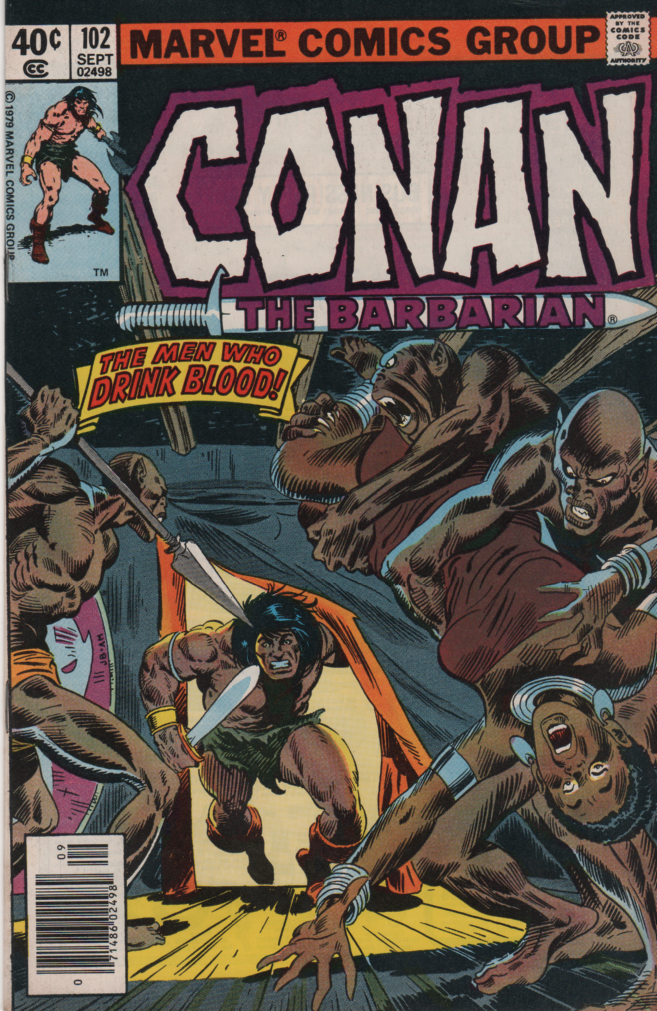 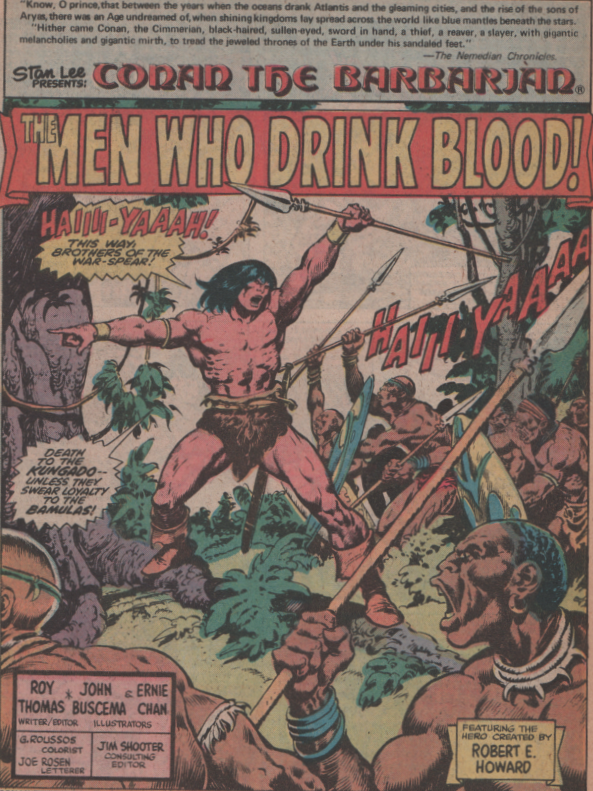 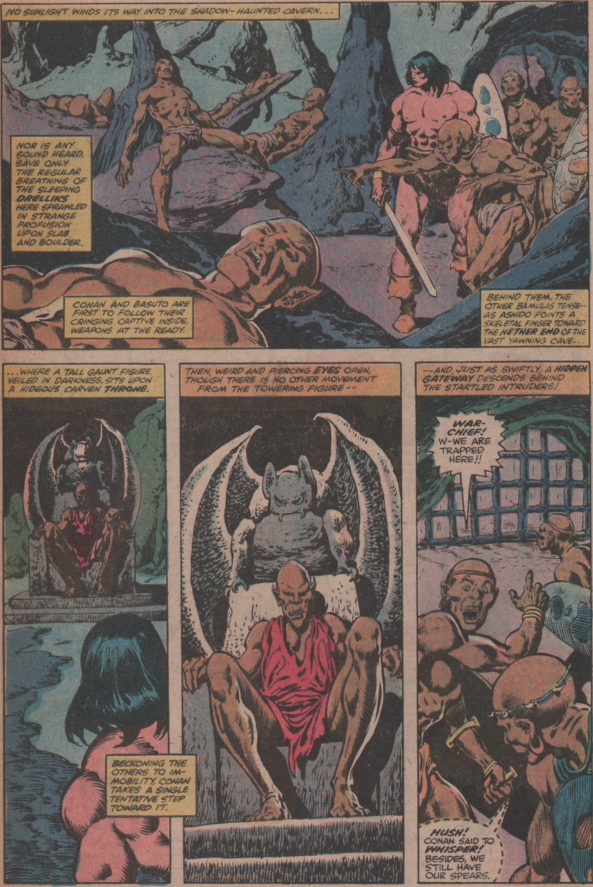 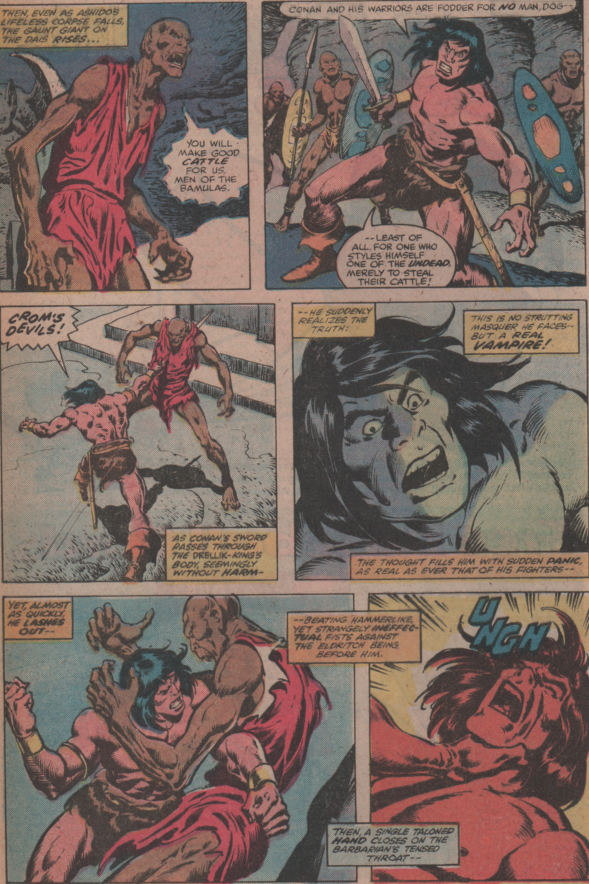 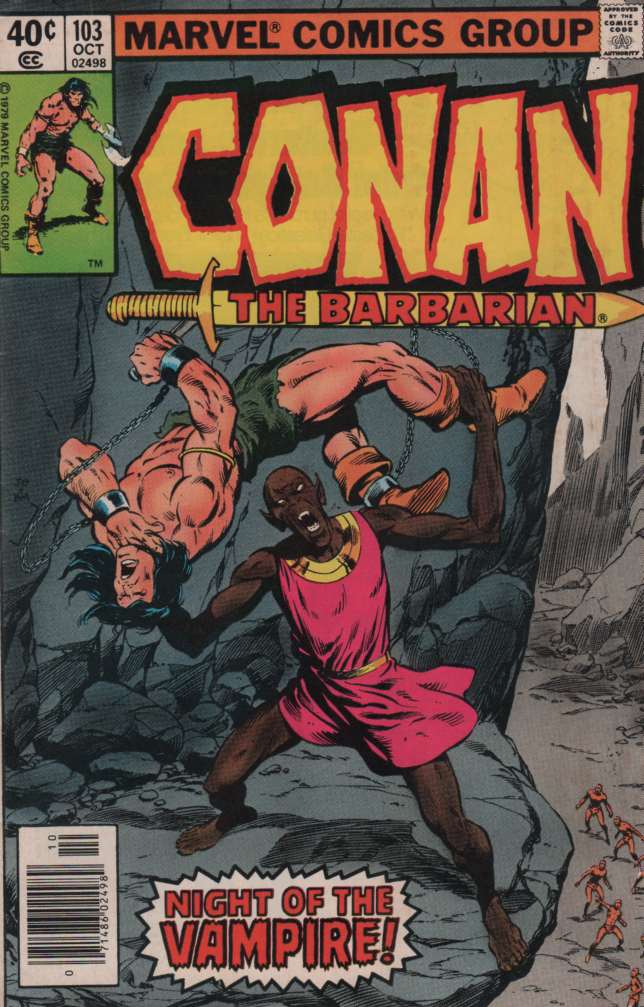 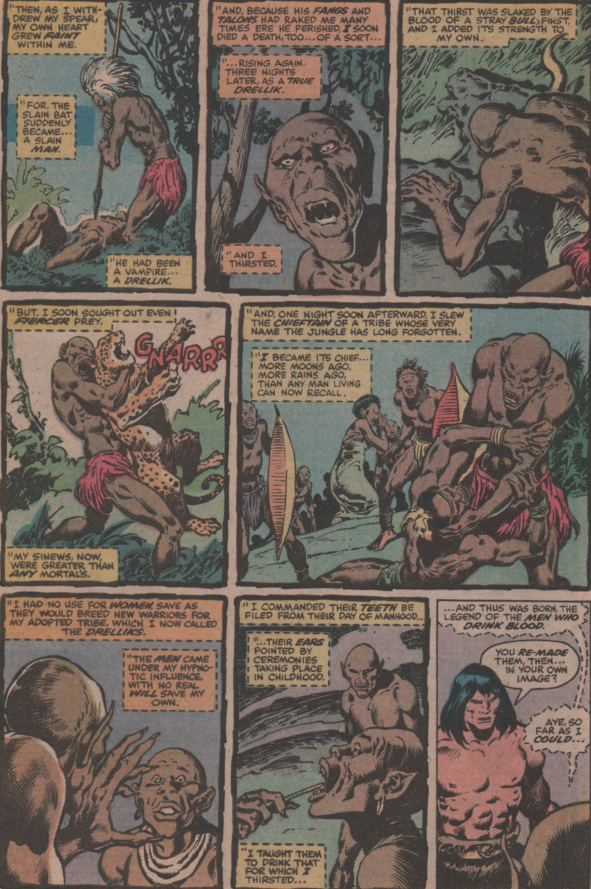 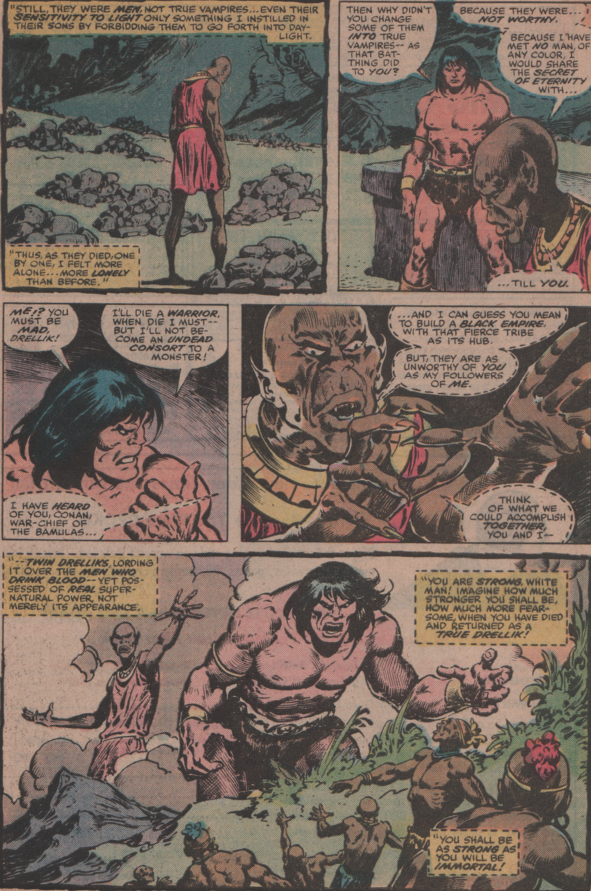