It’s once again time to talk a walk on the  Strange side of Marvel Comics! The title Marvel Fanfare was one that not only featured some up and coming creators, but also characters that didn’t get a ton of airplay or were displaced from a title, with no home. The first story (“Switch Witch”, by Mike Barr – plot/script, Sandy Plunkett – pencils/plot, P. Craig Russell – inks, Jim Novak – letters, and Petra Goldberg – colors)does have Spider-Man in it, but the story also features The Scarlet Witch, and the evil sorcerer Xandu! It’s a tale where Xandu uses his sorcery to place Wanda’s soul inside the body of Melinda Morrison, in the Death Dimension. All because Melinda had previously died (but he kept her body “warm”…yes, creepy) and wants to marry her.

The second story in this issue, gives us “The Showdown!” We see a young upstart sorcerer, Ian McNee, challenge The Sorcerer Supreme himself, Dr. Strange! The young man finds out rather quickly that what you think you want isn’t necessarily something you are ready for! Roger Stern (writer), Charles Vess (art), Ron Zalme (letters), and Glynis Wein (colors) are the great creative team behind this excellent chapter in the Doc’s life.

The stories were edited by Allen Milgrom (Mr. Everything at Marvel), and the magnificent front cover is by P. Craig Russell! Not to be outdone, we get an equally awesome back cover by Charles Vess! 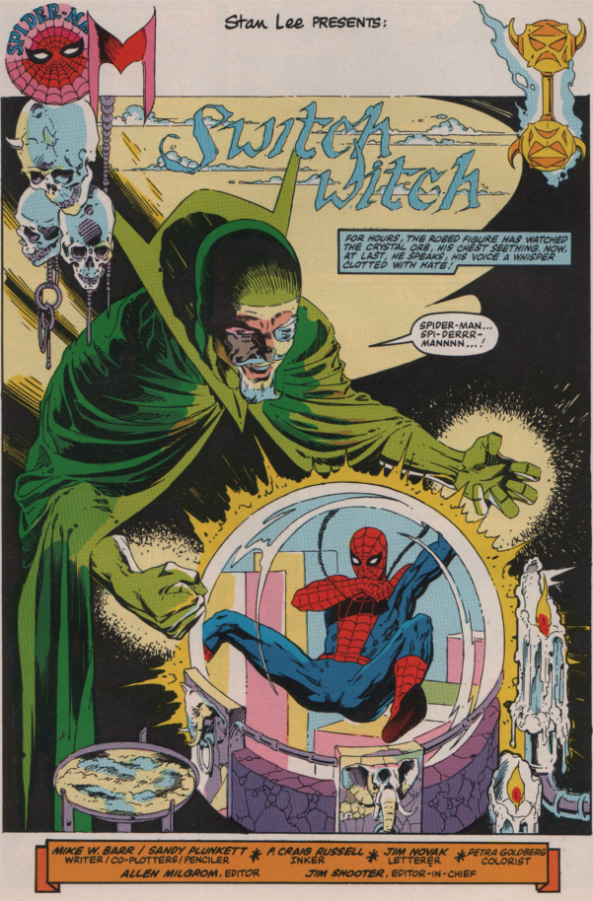 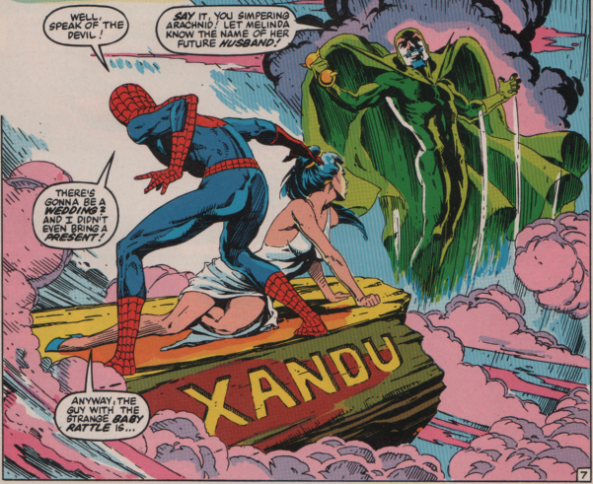