It’s time for a return trip, back to black and white comic goodness! While these magazines are getting more expensive by the day it seems, but, when a bargain can be found I pull the trigger! A recent show netted me twenty mags for $20! Only a few Marvels, but a bunch of Warren mags (I’ll get to them down the road, no worries). OK, on to the main attraction!

In this issue, there are three comic stories, one prose story (with a couple of illustrations), a pin up of the landscape of the times of Kull, and one awesome pin up of Red Sonja (by Howard Chaykin!). All of this is kicked off with a good painted cover by Michael Whelan!

The first story is straight out of a Ray Harryhausen flick, as Kull is fighting a group of skeleton warriors, and upon returning to his homeland is in shock at how things look. He also must face his ultimate enemy, in Thulsa Doom! Written by Doug Moench, art by Vicente Alcazar!

The following story is a Solomon Kane bio written by Fred Blosser. It’s actually pretty good on its own, but there are some cool illustrations by Bob Budiansky (Duffy Vohland inks) and Gene Day!

“The Day of the Sword,” is next, and features everybody’s favorite ginger, Red Sonja! Who doesn’t want tot see her riding around and taking a broadsword to those that need it? Plot by Roy Thomas, script by Doug Moench, art by Howard Chaykin (some excellent work by Chaykin in this one).

Finally, a story by Robert E. Howard, adapted by Roy Thomas, and illustrated by Alan Weiss and Pablo Marcos! An adventure with my favorite Puritan in Africa! Very interesting story, and almost a love interest for Solomon? Definitely a good finisher to this great magazine! 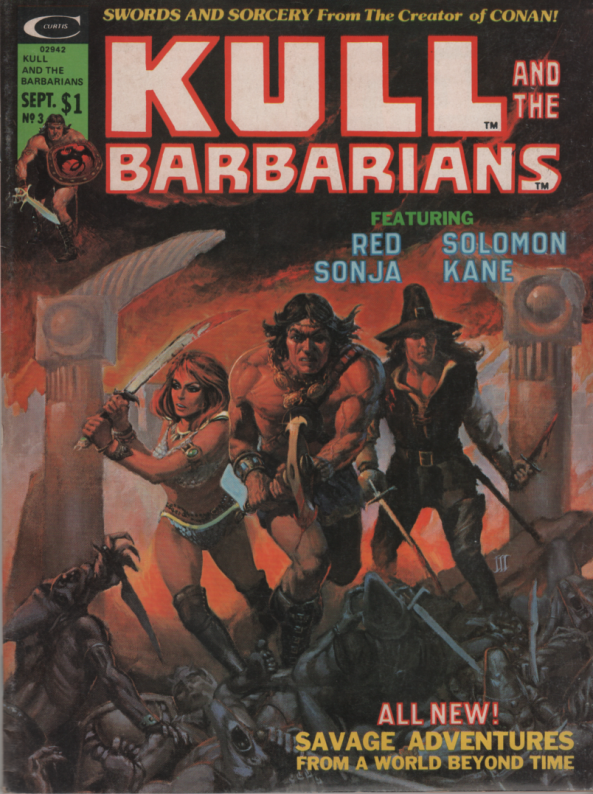 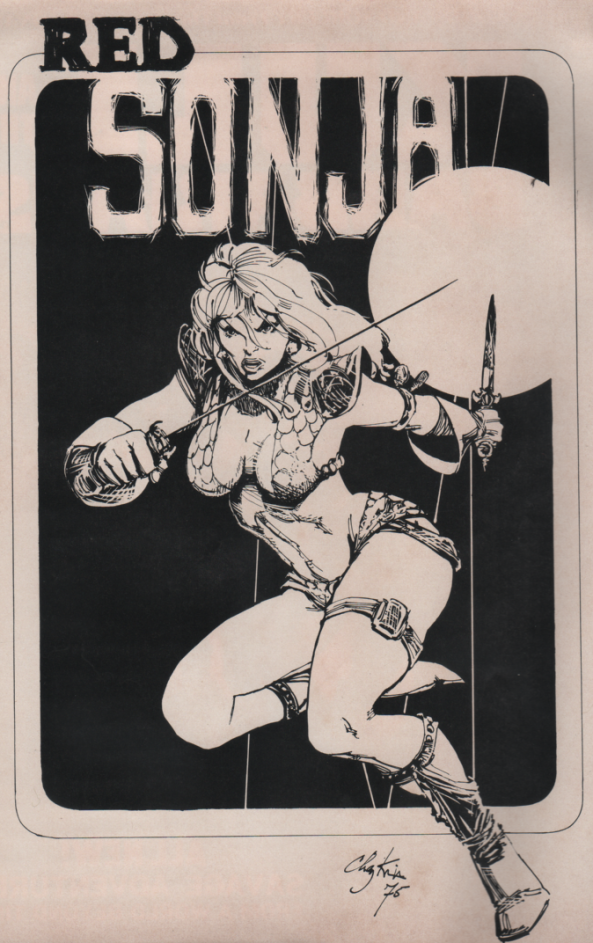 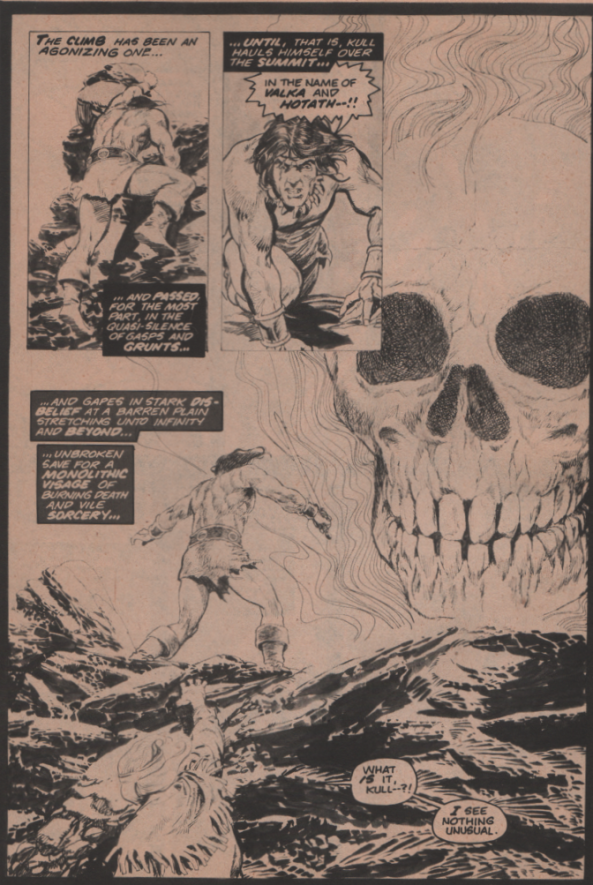 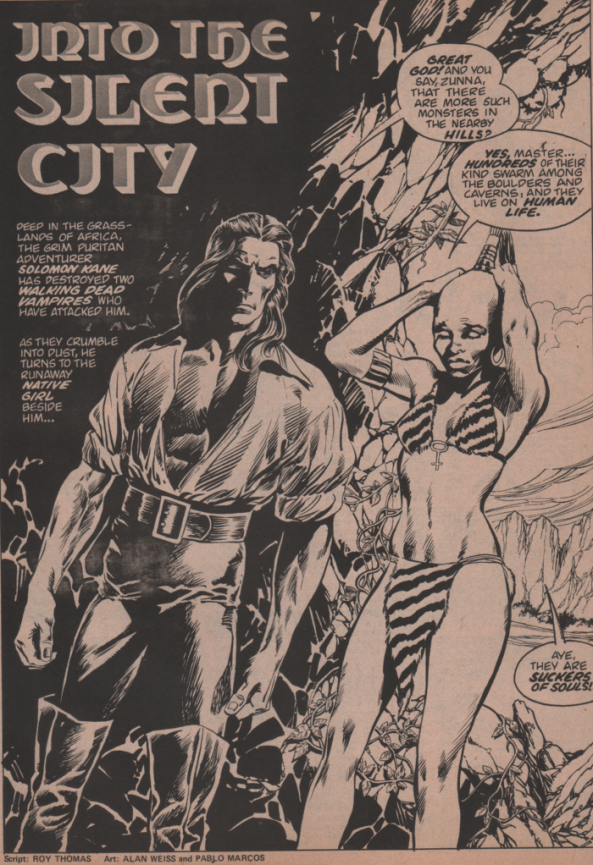