As my look at Marvel Premiere marches on (specifically the Dr. Strange issues), this issue is a momentous one because of the arrival of the new creative team going forward. Until now, a few different creators were involved, and they did an admirable job, but now, the theme takes a bit of a turn, and the Doc must not only continue to fight against Shuma-Gorath and its minions, but also try to deal with the death of his mentor, the Ancient One!

When I interviewed “Stainless” Steve Englehart (writer) about his fabled run with this character, he mentioned some late night brainstorming sessions between he and artist Frank Brunner (pencils on the interiors and the cover). How they would meet and carefully concoct where they wanted things to go, and why. I’ve been a part of other interviews before where a duo worked closely together on a certain title (Dan Abnett, about his work Andy Lanning), and it’s always fun to hear about these jam sessions between two great minds! The inks on this issue are by Ernie Chan, and he’s definitely one of my favorites from the decade. John Costanza (letters) and Dave Hunt (colors) round out the team on this fabulous first collaboration between two of comic book’s definitive creators from the Bronze Age! 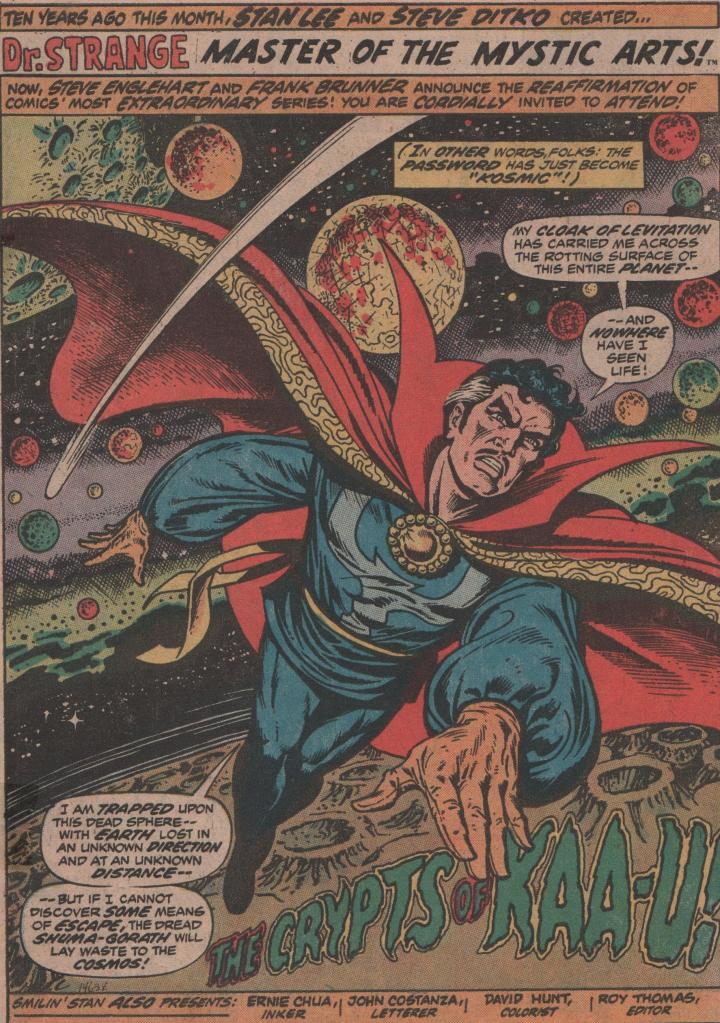 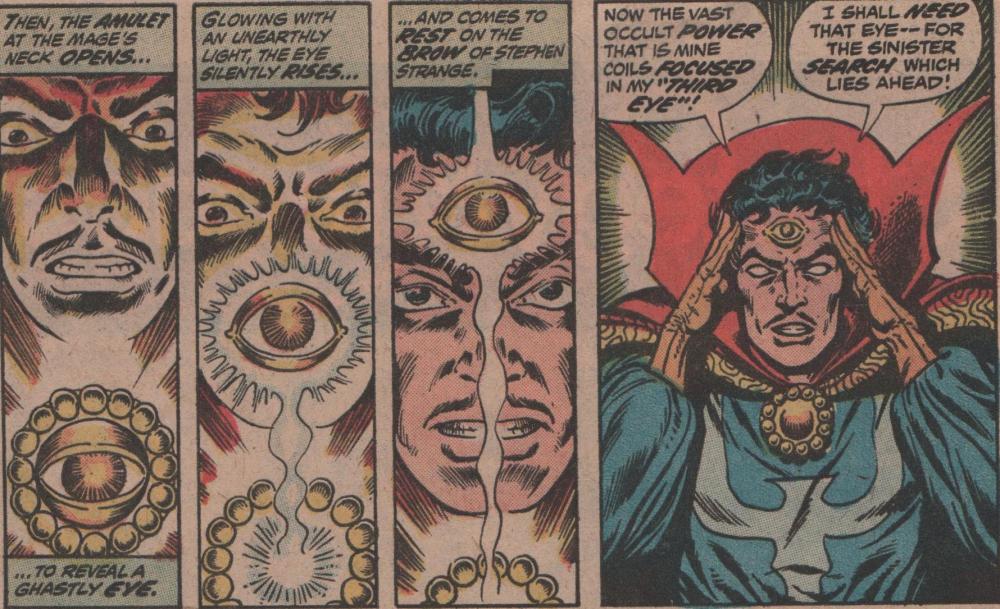