The 1970’s had such an eclectic selection of comic books, that looking back, you can’t deny the place it has in history. It’s understood that without the Golden Age, and Silver Age, things wouldn’t have turned out that way, but that fact doesn’t diminish the greatness of the Bronze Age! Take for instance, the title, Black Goliath. In only five issues, it gave us a superhero of color, and one that was definitely a strong character. If you look back, that was something in short supply. The scientist, Bill Foster, was an employee of Stark Industries, and later became the scientific partner of Hank Pym. In this, the final issue of the series, Foster must do battle with a giant alien savage named Mortag! And also protect two others with no superpowers!

The story is pretty good, and with someone like Chris Claremont writing, you kind of expect it after all he’s done. The artist is the terribly underrated Keith Pollard (a guy I’ve spotlighted before on my blog). He had a good run on the Fantastic Four, and Thor, and if you check out those issues, you’ll be impressed. The colorist is Bonnie Wilford, and the letterer, Irv Watanabe. The short-lived editor, but always reliable writer, Archie Goodwin rounds out the team! Oh, and let us not forget the action packed cover by the master, Gil Kane (pencils) and another Marvel stalwart of the era, Al Milgrom (inks)! 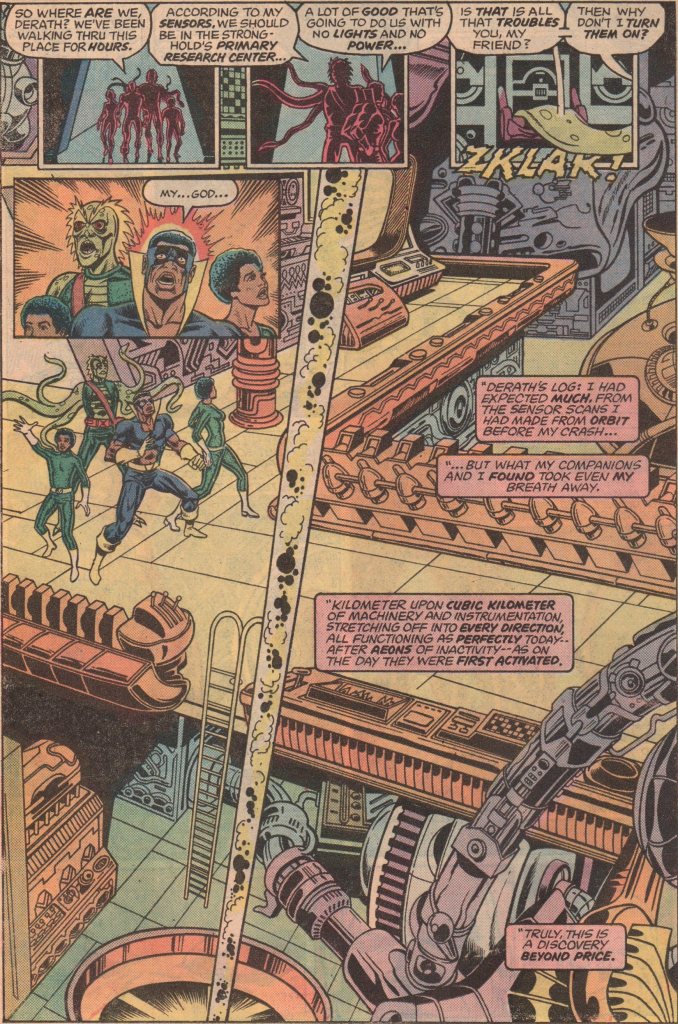