After Jack Kirby left Marvel, I’m sure there were some that were very despondent, both within Marvel, and fans. One of the books he left, was Thor. Most would probably say that the Fantastic Four or Captain America are his crowning achievements, but for me, I think Thor is right up there with anything he ever gave us during his time at Marvel Comics. So, the stage is set, Kirby is gone, and who can even possibly try to fill his shoes? Enter John Buscema! The man’s work is well documented, and for all the greats of his time, he stands tall, right there among them. In this issue, we see Odin brought back to life with the help of Hela! We also get a treat, and see the god of war, Pluto, as he battles Thor!

As I’ve already pointed out, this issue is a good one, and basically, you have two elements driving that fact. First is the great creative team of Gerry Conway (writer), “Big” John Buscema (pencils), Jim Mooney (inks), Artie Simek (letters), Gil Kane (cover pencils), and Vince Colletta (cover inks)! The second is the awesome continuity that had been put into place by Lee and Kirby, up until this point in the character’s history. Throw those things together, and you get a great title! 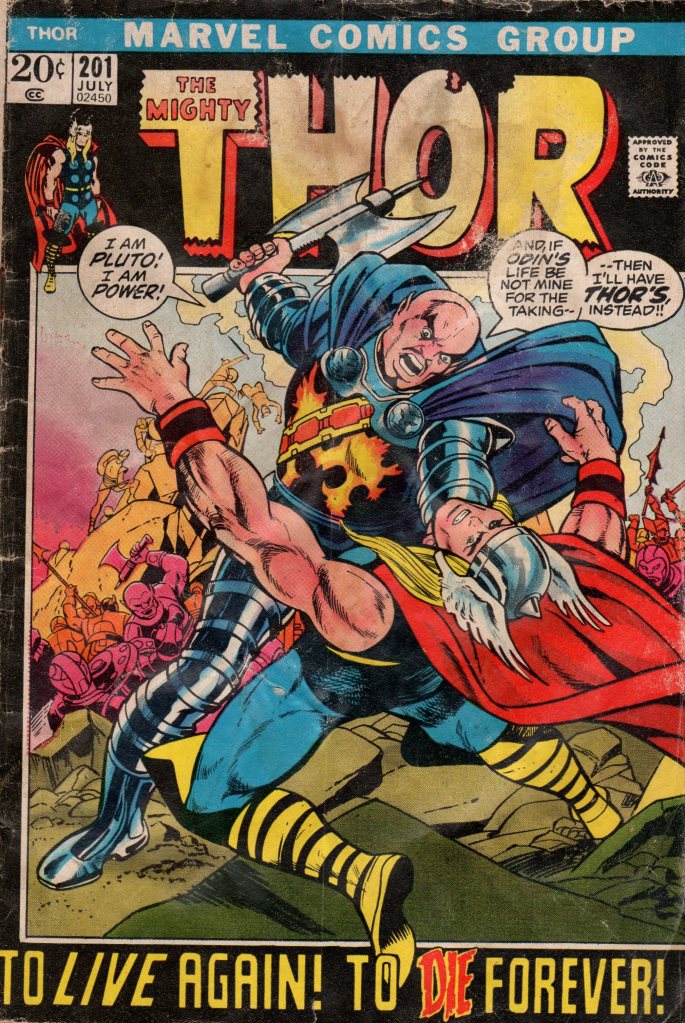 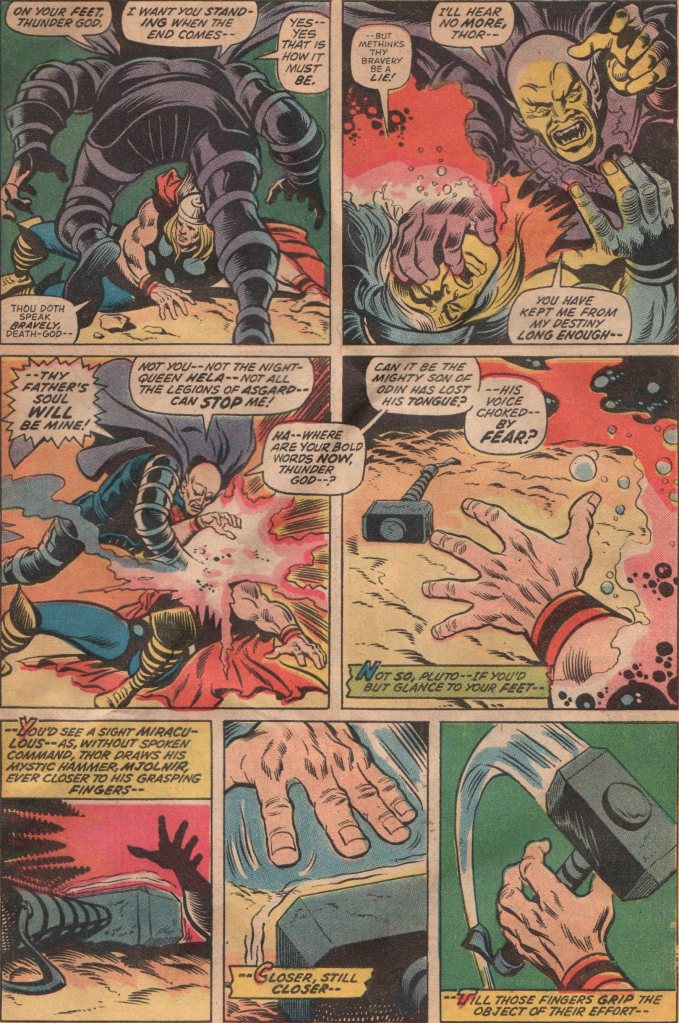