I’ll be honest, Daredevil isn’t one of my favorite characters. I don’t dislike him, but he just doesn’t get me aroused. There are a couple of aspects about his life that I do like (his terrible love life, his relationship with Foggy), but overall, I find him slightly dull. There is always one reason to check out some DD though, and that’s because of Gene Colan. He was the first consistent artist on the book, lending his pencils to over 80 issues of that title (the 1964 original run). He penciled one of the most socially significant stories of the decade in Daredevil #47, “Brother Take My Hand.” In this reprint book we see issue #22 shown again. The story centers around three villains, the Tri-Man, The Gladiator, and The Masked Marauder! Now, granted these guys aren’t the cream of the crop in the villain category, but Colan makes them look very menacing!

At this point, DD was still in his infancy, so Stan Lee was writing the book (as he was contributing to most scripts back then (1966). Initially, the book had a couple of different legendary artist (Bill Everett, Wally Wood), but it wasn’t until Gene “The Dean” Colan took over on the book that it had the great consistency it lacked. The inks in this one were provided by two men that were absolute stalwarts in the Silver and Bronze Ages. “Fearless” Frank Giacoia and “Darlin'” Dick Ayers, were both excellent inkers that are legends in the industry. The colors were provided by Stan Goldberg, and letters by Sam Rosen. 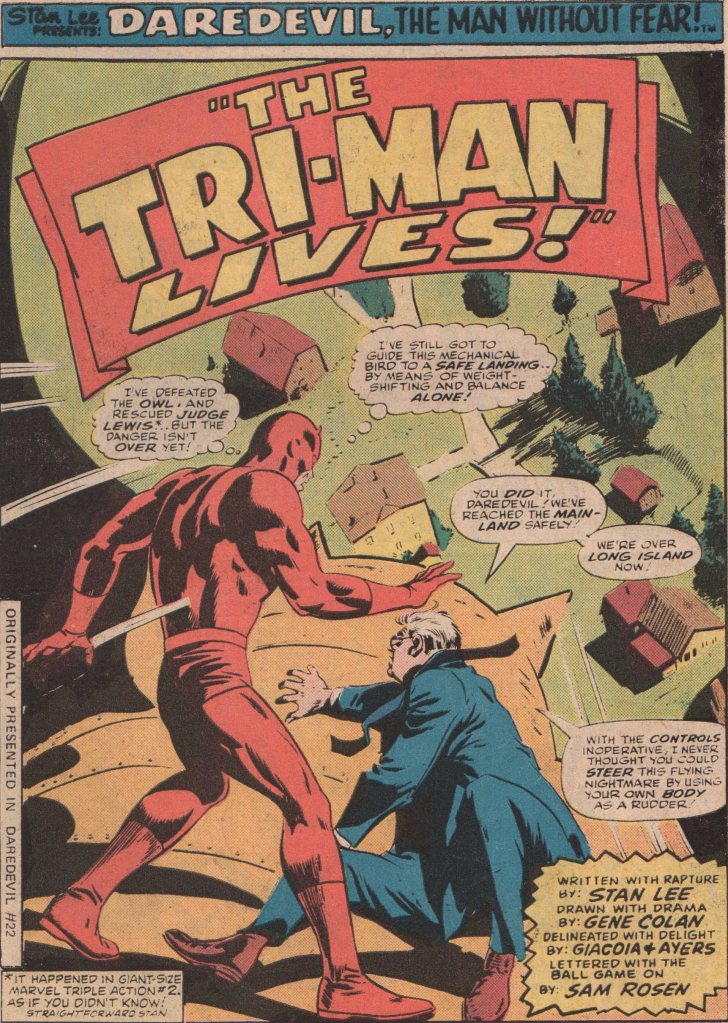 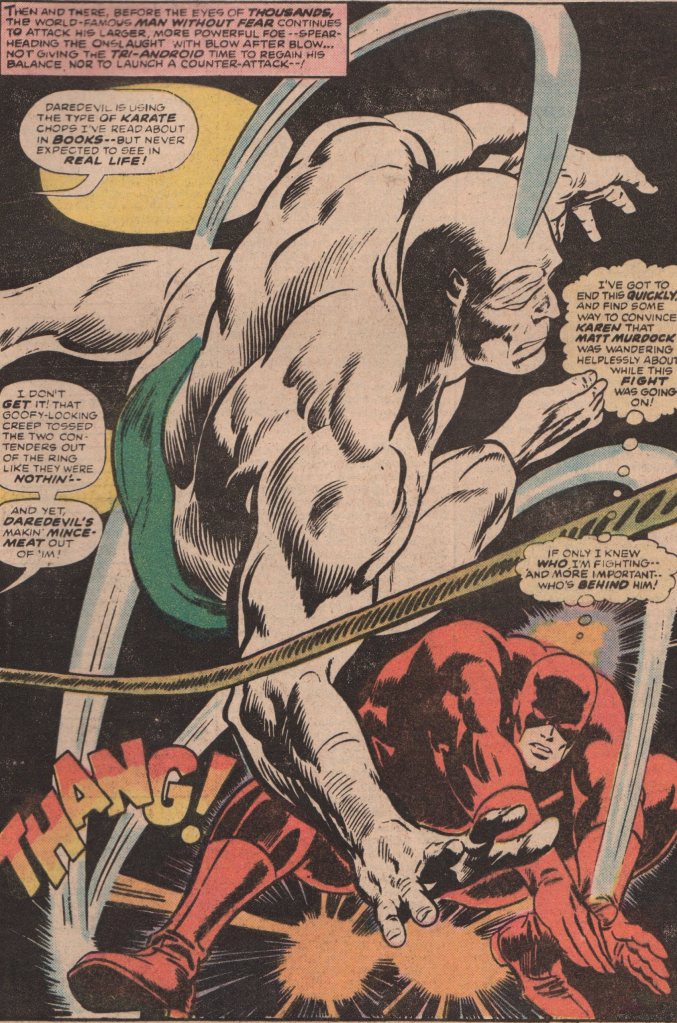