There are many creators that made their mark in the Bronze Age, and some that ascended from an embryonic stage to stardom. Of course, these men and women didn’t realize it back in the day, but decades later, others like myself revel in their works, and hold them in high esteem for it! A title that most certainly gave opportunity for those willing to work on it was Dr. Strange! Think about it. Limitless worlds, characters, scenarios, etc., that was a springboard for the imaginations of its creators that had the wherewithal to use.

One of those above mentioned creators without a doubt, is P. Craig Russell (co-plotter, pencils, inks, colors)! This man’s work is nothing short of extraordinary to say the least. His run on Amazing Adventures is the stuff of legend. His inks over the pencils of Gil Kane (Marvel Fanfare) are noteworthy as well. As with many books of that era, Marv Wolfman (script and co-plot) lent his tremendous skills as a writer, and joined Russell in creating a gem. Letters by John Costanza, and a fantastic cover by none other than Dave Cockrum! 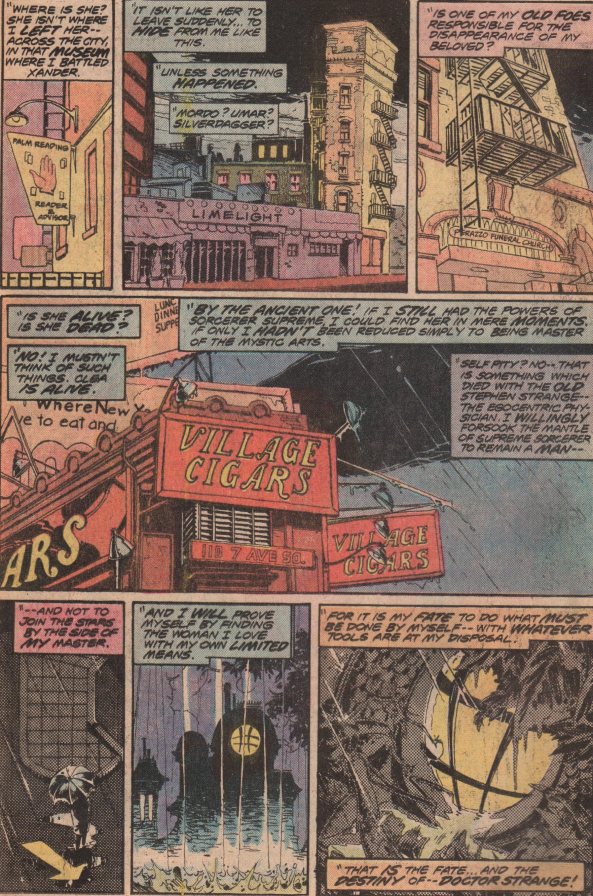