After recently purchasing this issue, I checked it out and knew I had to spotlight it for everyone to see! This story features a battle between Spidey and Mysterio! We now know that his forté is illusions, but back then, it wasn’t common knowledge. The story shows a miniature version of Spidey (six inches tall), having to fight his way through a fun house, all the while Mysterio is trying to kill him! There is some back matter as well. We see Joe Robertson having some issues with his son, and Gwen and her father, Captain Stacy. Great stuff, as the real world touches are what made Marvel tops!

For those that love to denounce Stan “The Man” Lee (writer), ponder this for a moment. While it seems as though he’s given himself too much credit in the actual creation of Marvel’s Silver Age explosion, I don’t think you can take away the consistency of his scripting, and his exuberance in the real “selling” of comic books. John “Ring-a-Ding” Romita (pencils) is one of the all-time greats of the industry. His romance work, inking, covers, and of course, his work on The Amazing Spider-Man are second to none. The inks (and finishes?) are by another familiar name from the Silver/Bronze Age in Jim “Madman” Mooney. Throw in good old Artie Simek (letters), and that rounds out this awesome team of creators! 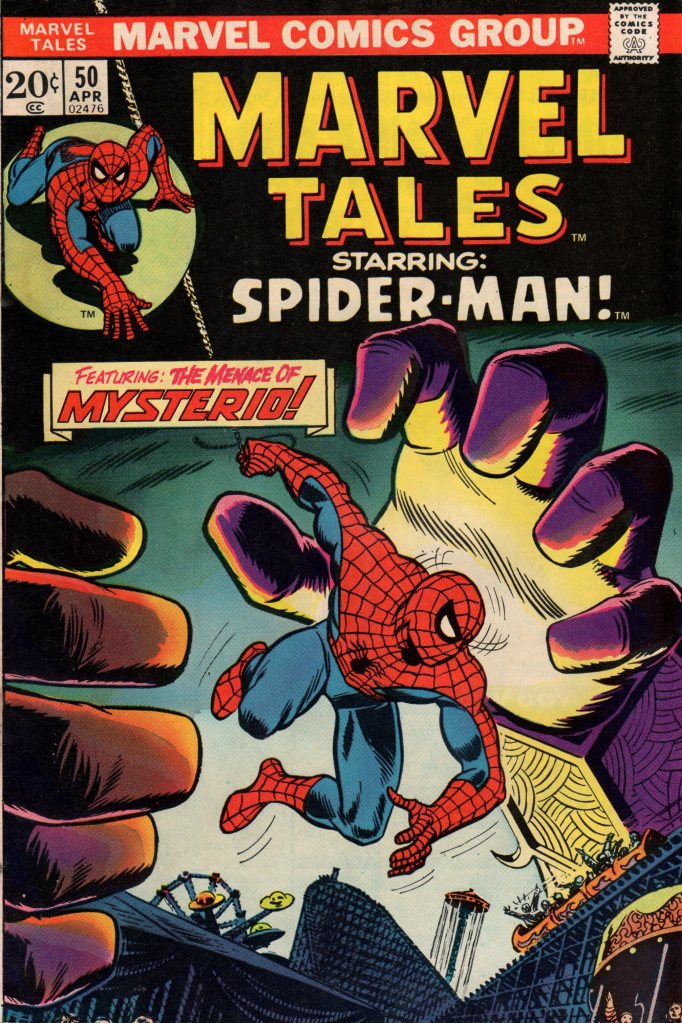 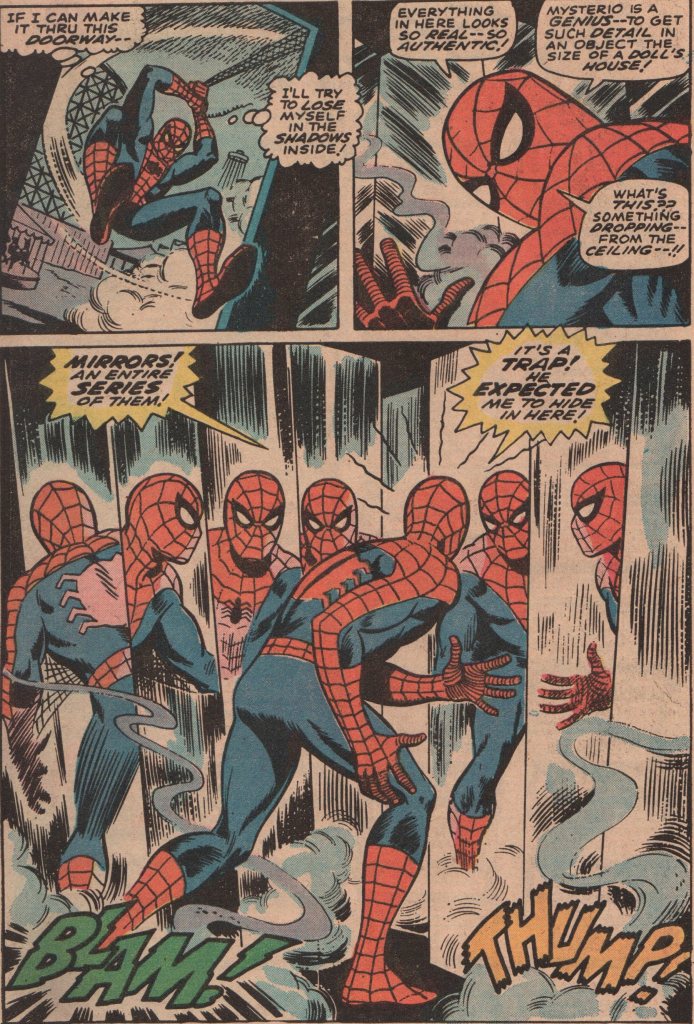